What Ederson de Jesus taught me

A young Brazilian man’s life and death are a window into Brazil’s inequality and systemic racism. 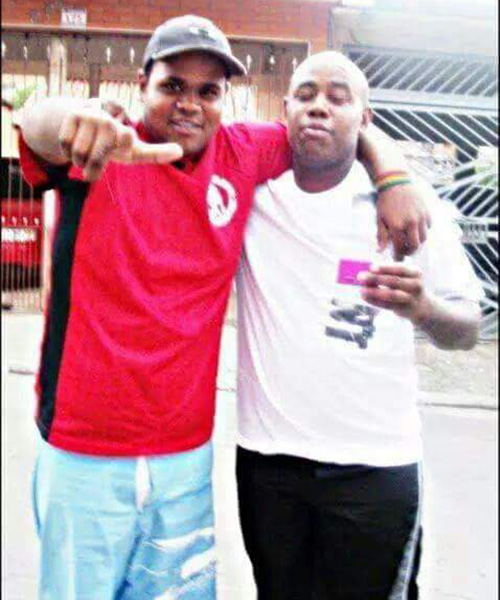 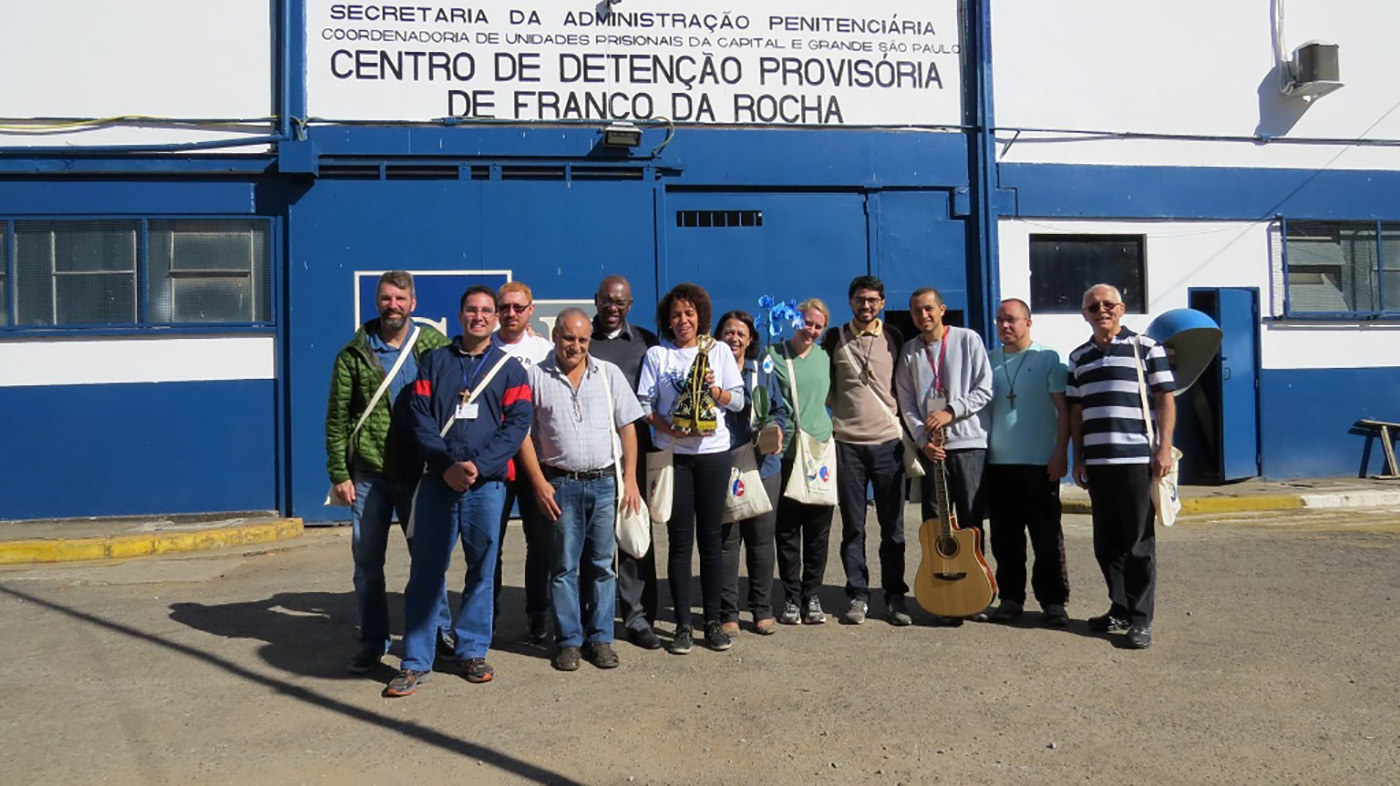 The prison ministry team outside the Franco da Rocha prison, north of São Paulo. Claire Stewart is fifth from the right.

I had gotten lost two years ago and was walk-jogging a mile back toward the right street when I received a phone call. Ederson de Jesus, one of the prisoners I had visited through my prison ministry, had died.

Ederson had only recently been paroled. He had tuberculosis in his lymph nodes, but the prison had misdiagnosed and left him untreated for too long. When he did finally receive treatment, he had already lost close to 100 pounds and looked like the skeleton of the man I had visited for over a year and a half.

I had first met him in September 2016. He always came to meet us at the entrance gate into the courtyard and was quiet and kind. As his illness progressed, he could not eat for weeks due to the amount of puss and blood he coughed up. He was never admitted to a hospital by the prison system.

The mother of a family friend of his worked at a hospital and got him an appointment during a five-day holiday break from the prison. When my prison ministry coordinator came to pick him up to take him to the hospital, the guards called her disrespectful and ill-natured names for trying to help a “drug dealer.” Never mind that some of them actually had illicit trades of their own within the prison and poorly treated the men incarcerated in their facility.

How easy it is to pass judgment and hate “the other,” and how difficult it is to remember our own imperfect humanity.

Ederson was from a favela — one of São Paulo’s many impoverished communities with limited access to resources that suffers discrimination and marginalization due to broken social structures and systemic racism. Even if he was a drug dealer (we never asked about the crimes the men and women had been sentenced for unless it involved a question they were asking), what did that matter? He was sick, he was dying, and he was not getting treatment. 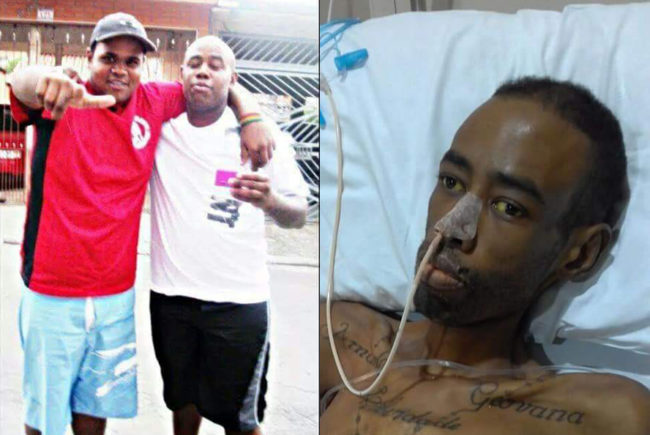 Ederson de Jesus. Left (in white shirt) before he was incarcerated. Right, in the hospital, after his release from prison. Photos courtesy of Prison Pastoral, Archdiocese of São Paulo.

He received his parole a few months after I had left my prison ministry, and after the tuberculosis had spread to his bones. I remember how happy my coordinator was when she found out he had gotten parole. She gave him money to buy fruit for his diet since his family did not have any money to buy it for him.

She called me on her way home from his wake and I was running to the doctor. I had always had this hope that once the prisoners left the prison, their lives would improve. Hearing the news of his death, I felt angry and sad. He was only 33.

As I got to the doctor, I was struck by how different and unfair his reality was from mine. I can go to the doctor because of my health insurance, he had to wait due to the slowness of Brazil’s public health care system and the negligence of the prison.

I am white, and he was black. I come from a privileged life, and he came from a favela and may not have had access to water, a steady job, electricity, a constructive and good education, … the list goes on. We both have families that love us and tried to make the best of what we could with the resources we have, and yet who do people judge more?

I went home and let myself get angry for the first time in a long time at how unfair and challenging life was for Ederson and so many others who are vulnerable, who are taken advantage of, put into corners, and then thrown in prisons and kept there by corrupt governmental systems.

I have noticed from my personal life experience — and I confess that I have unfortunately also done this at times in my life — that people who live lives of privilege tend to pass judgment and harshly criticize those of less privilege.

Why do socioeconomic injustice and prejudice still exist in countries that claim to provide equal opportunity?

As a white person, it is hard but necessary for me to face how my privilege hurts others, and how I have hurt others by failing to work to change the broken structures that fuel this privilege. Allowing these harmful structures to continue to exist allows white privilege to exist. I have an obligation to be an ally always, and I am so sorry for the times when I have failed to act and to realize this.

Like many others, I have recently been reflecting much on experiences of racism I have encountered — in the U.S, Brazil and other countries.

Here in Brazil, the news of the brutal murder of George Floyd coincided with news of the police murder of João Pedro Matos Pinto, a 14-year-old black youth who was murdered in his home by police in Rio de Janeiro.

According to Human Rights Watch, the Rio de Janeiro police killed 606 people just within the first four months of 2020, and almost 9,000 over the last decade. Three out four of those they killed were black. Throughout Brazil the police have killed 33,000 people over the past ten years

The rate of police killings is extremely high in the Brazilian state of São Paulo as well. The Wall Street Journal reported a few years ago that police killed 1 suspect for every 229 suspects arrested in 2012, compared with 1 per 31,575 in the United States in 2011.

62 percent of Brazil’s incarcerated population is made up of people who identify as brown and black. And every 23 minutes a black youth is murdered in Brazil.

The black and brown populations of Brazil are suffering from brutal systemic racism in multiple forms. This is one more country where racism runs rampant and so many are dying because of it.

Systemic racism and police brutality are global issues that have caused the loss of lives of so many.

But these statistics are not numbers but lives. I urge you to take a moment to see and love each life behind these numbers that was unjustly taken. And I invite you to research and educate yourself on how to help enact constructive change to eliminate these racist structures.

Here are a few resources to get you started: