Physiotherapist Kylene Fremling reflects on the small moments of joy in the daily journeying together that carry great significance. 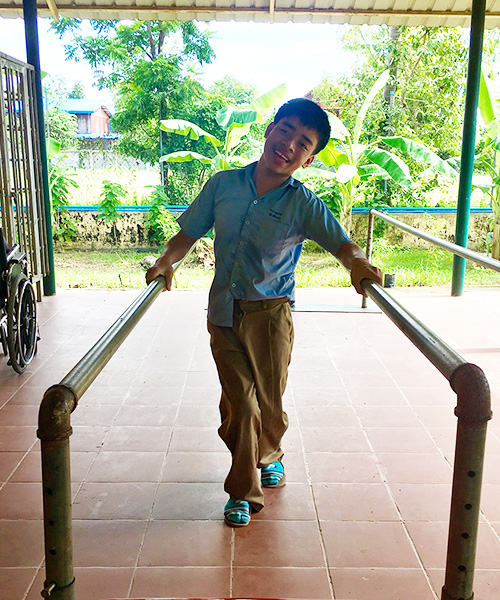 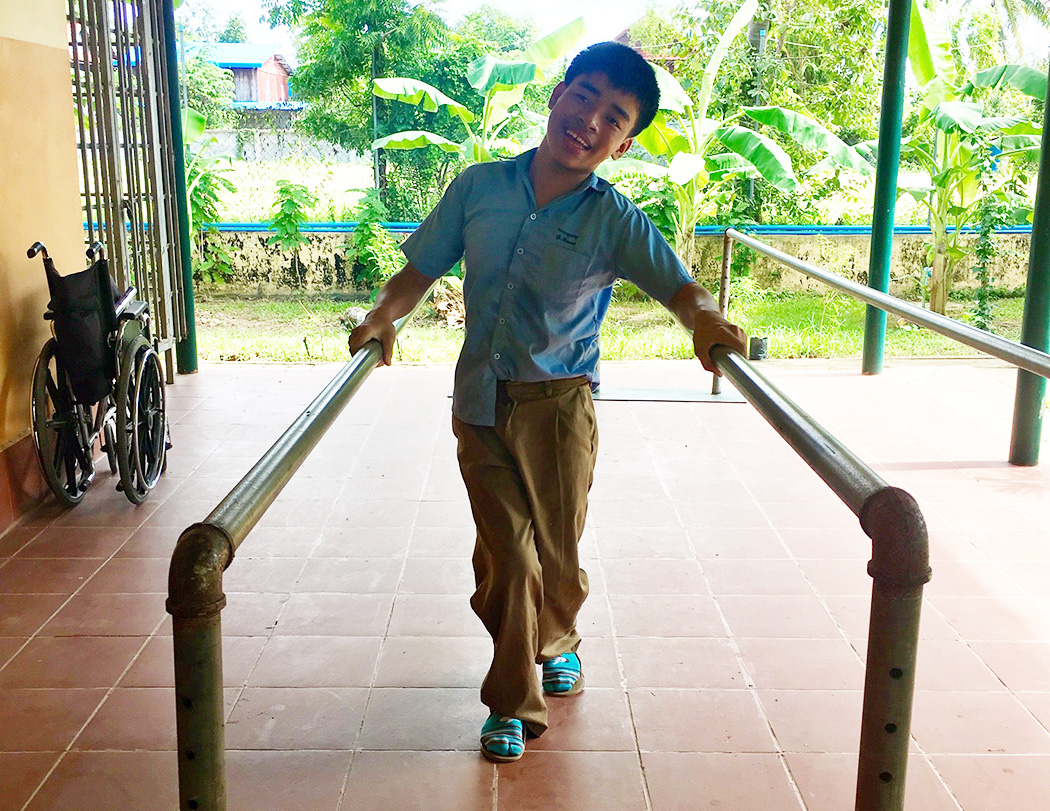 H practicing his walking during a physical therapy session

“Tek mi lu,” smirked Sokny as he handed over a glass of cold water to H—eyebrow raised in my direction to see if I understood. My head nodded as my nose crinkled to indicate I did, assuming that he was referring to the dancing worm he had found in his water a week ago. Before I could offer my own translation, H blurted out, “Sewer noodles!”

In the natural order of things, H turned it into one of our favorite games. “Would you rather eat sewer noodles, fight a crocodile with a stick or chase down a cheetah and wrestle it with your bare hands?” I must have been too confident in my crocodile answer because he quickly changed a stick to a deflated basketball. Still, I liked my odds best with the crocodile.

Not to be out-smarted, H began giggling as he tried one more time, “Option 1, 2 or 3?” He was doubled over in laughter, having to take a break from the standing exercise he had been tasked with, as I caught onto his game. “H, no matter which one I pick, you’re going to say I have to eat sewer noodles.” I could barely make out his reply over the peels of laughter. Soon the bell rang, ending our session for the day: the two of us giggling uncontrollably. 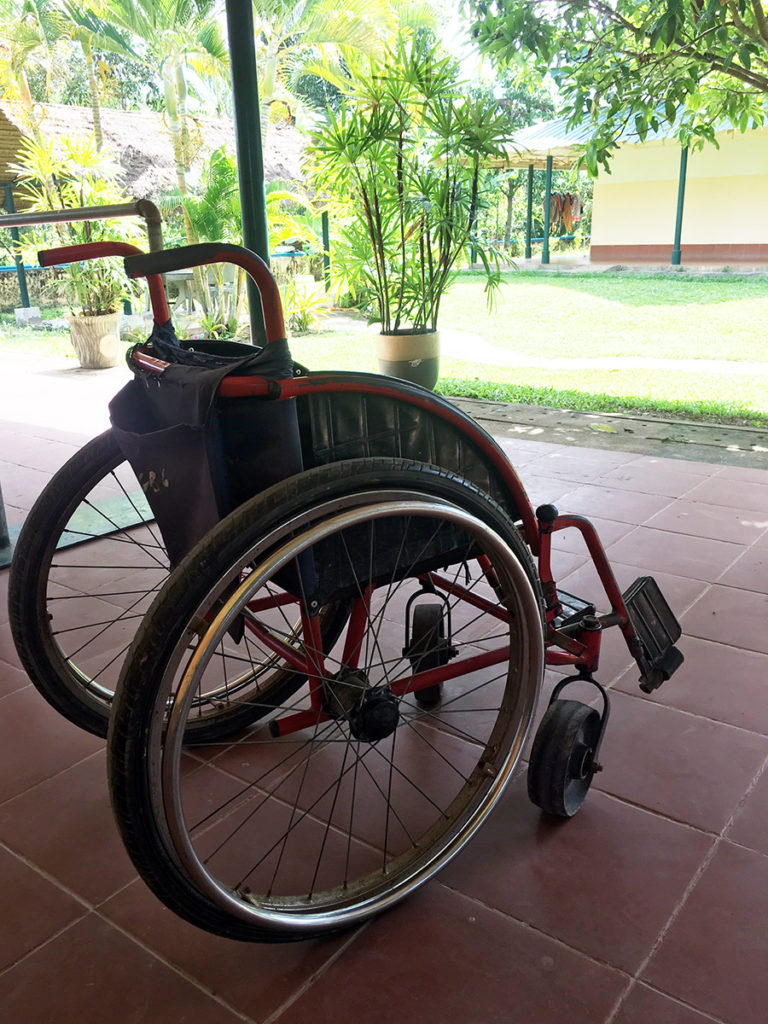 We see approximately 25 students a day for regular physiotherapy sessions. H is one of those students. He is wheelchair-bound, and each day we work to move him closer to walking. But the truth is, because of H’s condition he may never walk again. H and I started working together over nine months ago. In the beginning, we would play catch during his sessions, giving him an extra challenge to his daily standing and to make the time pass faster.

There are days that we play our favorite “Would You Rather…” game, which inevitably puts me in the center of a losing battle armed with the most ridiculous tool, inside an animal’s stomach or facing my fear of snakes. Other days we chat about movies. H is a fan of the Marvel universe and Chinese romances. We talk about families, our hobbies and passions or weekend plans. He’s shared with me the stories of his father’s unexpected and tragic death, his disability and earlier school years. We talk about his hopes for the future as he asks me for technology tutorials (his passion) and what his future education might look like.

More often than not, when people talk about relationships they are really referencing connection. We live in a world hot-wired for connection, but relationships must be built and fostered. We bear witness to the deepening and strengthening of relationships when we develop a solid foundation and allow them to unfold organically. Here even the smallest moments carry such significance. Soon the goal becomes less important than the togetherness in the process. It’s the daily journeying together towards a goal. It’s enjoying each other during the process, because the truth is that sometimes we won’t reach our goals. 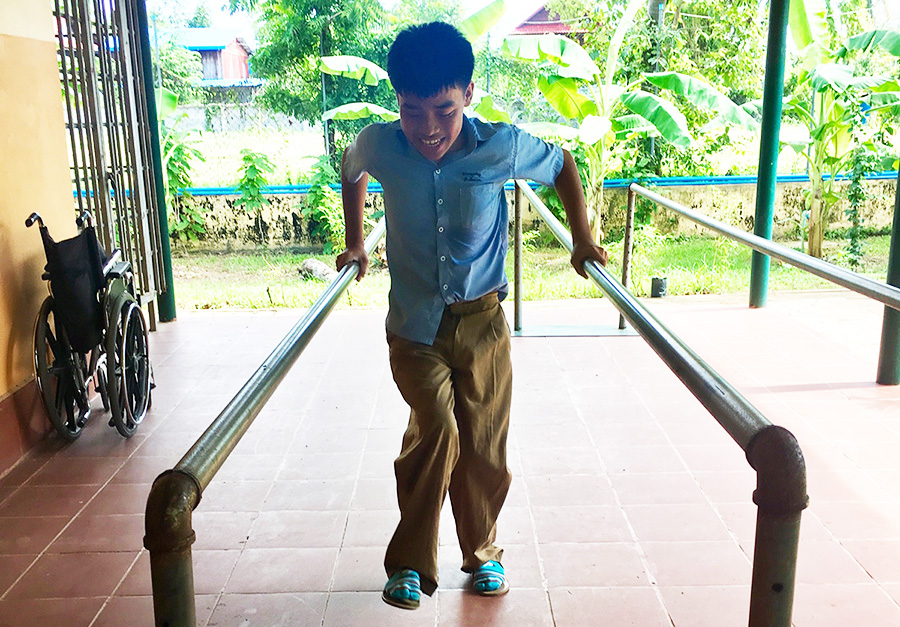 After telling me his ridiculous weekend plans that entailed only sleeping and drinking an absurd amount of Coca Cola, H turned to me saying, “Kylene, I’m not really going to drink that many Cokes. You looked sad, so I wanted to make you laugh.” The next day when he arrived for physical therapy, he asked if I was grumpy. I let him know that my day was going well. “Well, if you’re ever sad, I can cheer you up. I’m good at cheering people up.” “You’re right, you are. If I’m ever having a bad day, I will come and find you.” He turned to me and as if it was the most obvious thing in the world he looked at me and said, “No, if you’re sad, I’ll come find you.”

There is joy found in the process. So while you won’t catch me actually eating sewer noodles anytime soon, you better believe that you’ll find H and me belly-laughing about such matters regularly.

END_OF_DOCUMENT_TOKEN_TO_BE_REPLACED 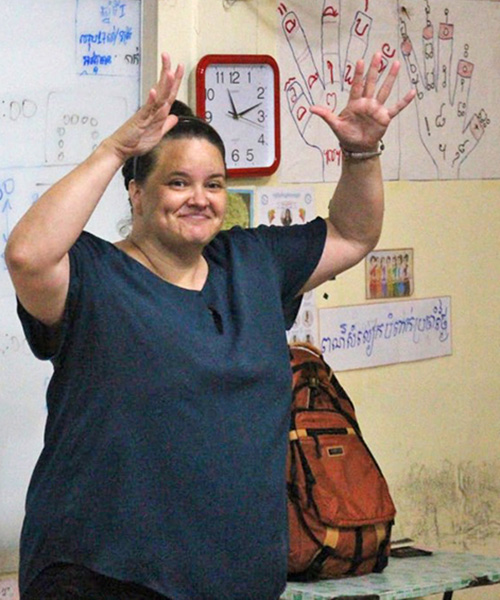