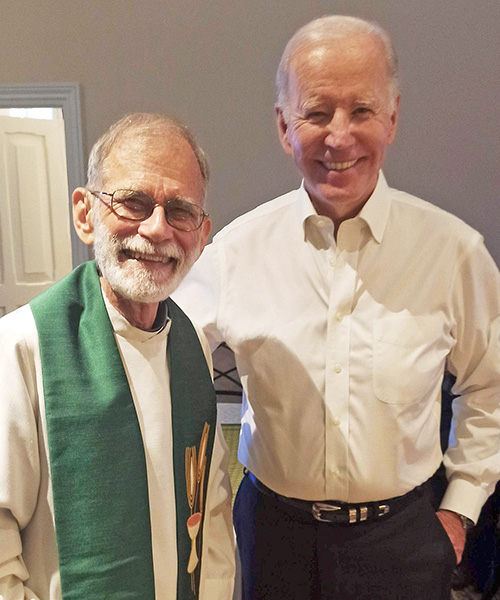 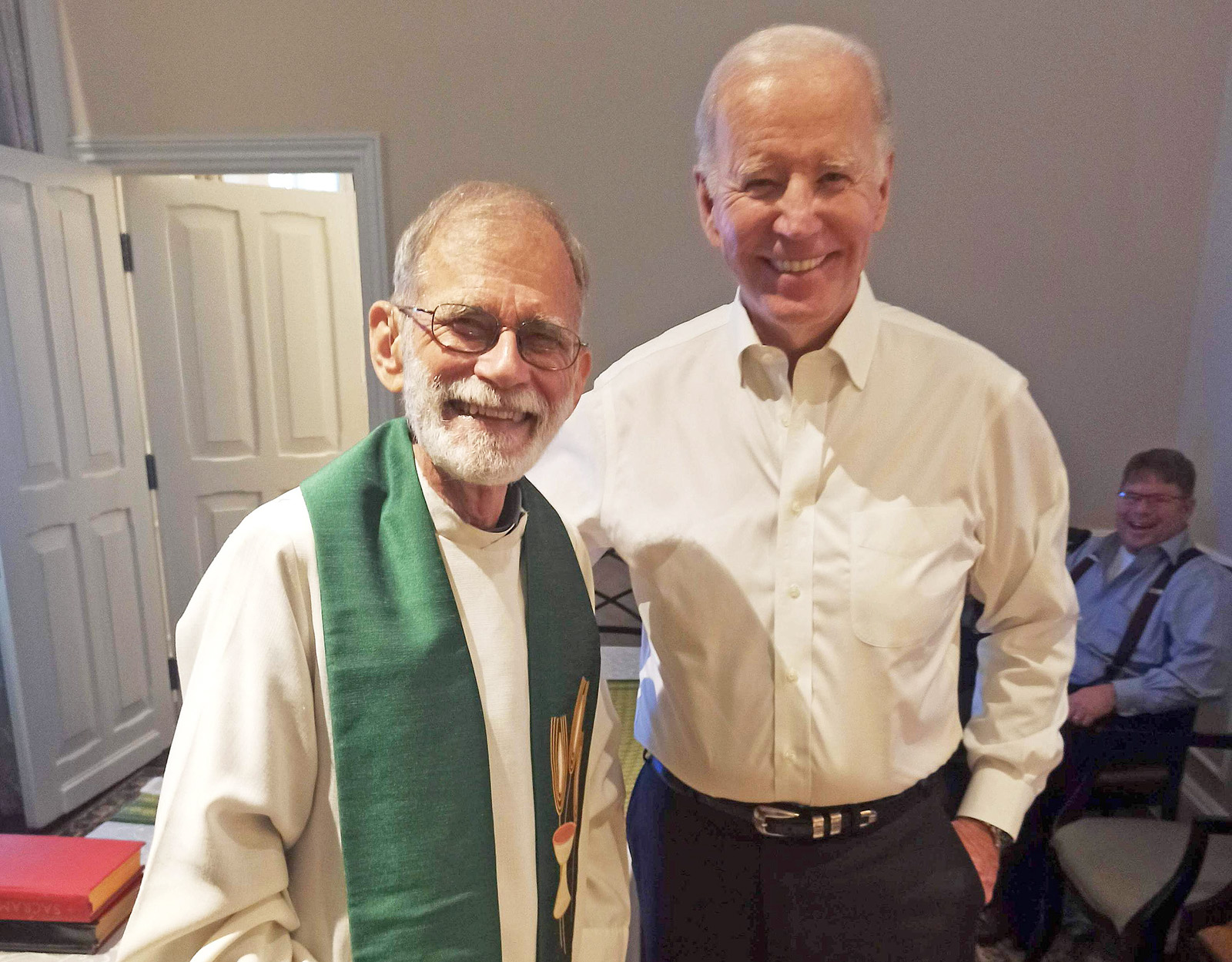 Fr. Charlie Dittmeier with President Joe Biden. Fr. Charlie said Mass for the president, who was in Phnom Penh, Cambodia, for the ASEAN summit on Nov. 12, 2022.

When we first heard that President Joe Biden was coming to Cambodia for the Association of Southeast Asian Nations (ASEAN) Summit meetings this weekend, I wondered if he would try to go to Mass here, as he has done in other places when he has been traveling. We joked that if he wanted to go to our Sunday Mass, he would need to register like everyone else.

Then the U.S. Embassy contacted me and asked if I could say Mass for the president on Saturday, Nov. 12, 2022. They thought it would be in the evening on Saturday, but it could be the afternoon, so I told them that I’d keep both open — before and after our 5 p.m. parish Mass.

A couple of days later, I was told it would be 1:30 p.m. on Saturday, and I started re-arranging my schedule for that. Then on Saturday morning, I got another call that they were sending an embassy car for me in 15 minutes and that the Mass would be at 11 a.m.

The U.S. delegation stayed at the Raffles Hotel, which they completely took over. I had to go through a lot of security and another COVID test, and then they took me upstairs to a little L-shaped room with a large table. I set up for Mass and eight Catholic staff from the White House and Phnom Penh embassy came in, and then President Biden walked in. He was very informal, and we talked about a classmate of mine (from St. Mary’s Seminary in Baltimore), Fran Malooly, who until last year had been his bishop in Delaware.

We then had a simple but really rewarding liturgy. I often invite people to respond to the homily, and Biden jumped right in with a really good observation about really “seeing” people instead of seeing problems, etc. He also prayed for veterans at the prayer of the faithful. 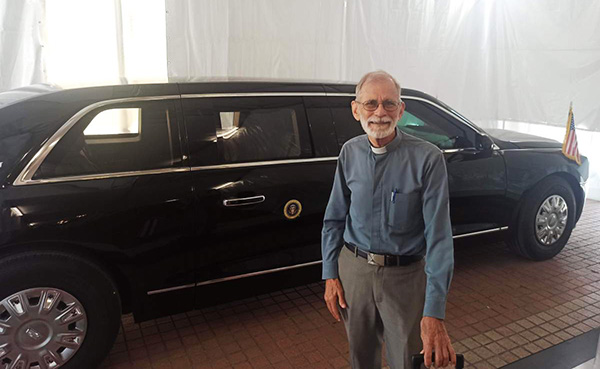 At the end we took some photos, and then off the cuff, the president noted that it was lunch time and asked if I wanted to eat with them. I thought he meant with the 800 to 900 U.S. and local embassy staff who were here occupying the hotel, so I said sure, if it wouldn’t inconvenience people.

I heard the president ask where lunch would be (he had just flown in from Egypt that morning on Air Force One and didn’t know his way around all the wings of the hotel), and someone said outside and led me to a table on a patio. I was standing there, and then the president, his doctor, and his personal aide came and the four of us had lunch together!

President Biden ate a peanut butter and jelly sandwich with potato chips. They asked me if I wanted turkey or PB&J, and since I eat the latter every day, I opted for the turkey sandwich and potato chips. We talked for about 45-50 minutes about our deaf program, stuttering, mentoring youth, etc. Then I left him to work on his speech for ASEAN.

It was quite an unusual, unexpected turn of events for the day! It was really rewarding, too. The president is just so down to earth, so gracious, so human, and with such values. It’s nice to have a really good human being representing the people of the U.S. — and not being afraid to display his religious values and motivations. He spoke quite a bit about his friendship with Pope Francis.

Then it was time to go, and on my way out I walked past the “Beast,” the presidential limousine that would be used to transport President Biden on the ground. I was hoping someone would give me a ride home in the Beast, but I had to settle for catching the usual tuk-tuk home.

Fr. Charlie DittmeierFather Charlie Dittmeier is the co-director of the Deaf Development Programme in Phnom Penh, Cambodia. He is a member of Maryknoll Lay Missioners, a priest of the Archdiocese of Louisville, Kentucky, and a Maryknoll Associate Priest.