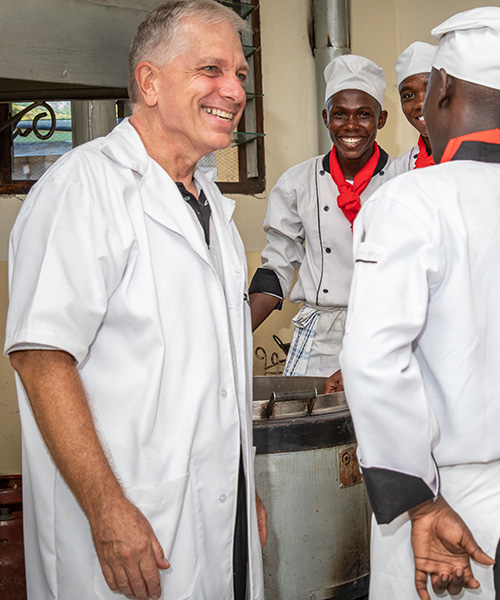 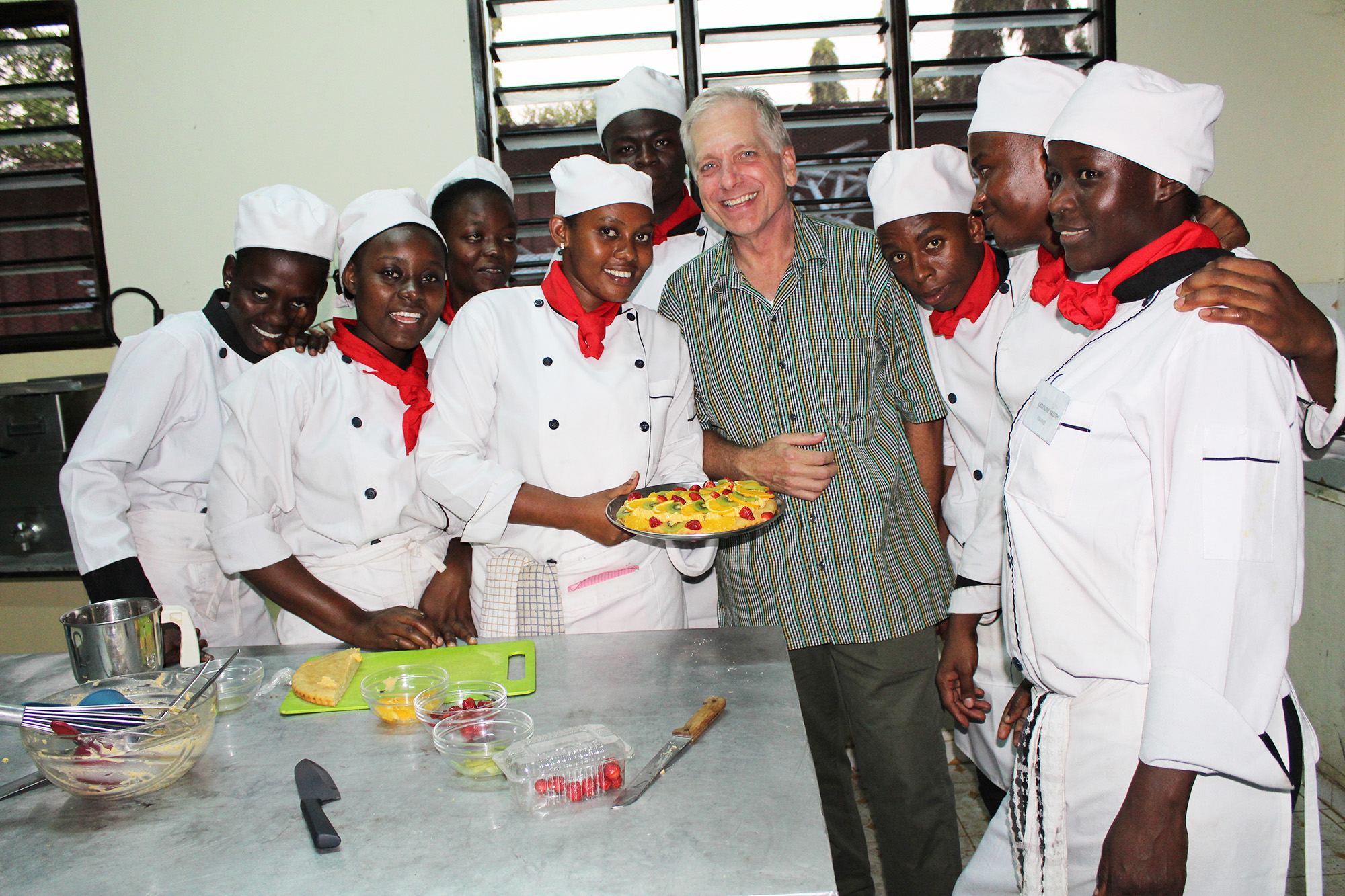 Mike Garr with his catering class at Marianist Technical Institute in Mombasa, Kenya

I vividly remember my parents regularly preparing food for families from our small town in Michigan who were suffering from an illness or death. These acts of kindness sculpted me into acting alike. I enjoyed the warm feelings, accolades and the perception they produced for me. But, inside I maintained a mental score as to what those recipients “should” do for me in return.

Several years ago, I was going through an extremely painful conflict as my 27-year marriage and family, “pride and joy” crumbled. I was consumed with anxiety, hate, revenge, and uncertainty. During this period, the words of my Just Faith Ministries small group facilitator struck me: “It is easy to give to those you love, but difficult to those you don’t love or even know, to those who could not give in return.”

Sister Betty’s words, with the help of the Holy Spirit, encouraged me to give it a try. I began to volunteer with those on the periphery of society, those I thought were not worthy. I found it a challenge to give from my “self-accomplished” resources to these foreigners. And without even realizing it, I was being healed and growing in my care and concern for these people. Since then, I have joined the Maryknoll Lay Missioners, and now serve those who are destitute in Mombasa, Kenya.

Love your enemies… The evening security guard for the building where I live in Mombasa is named John. Since John speaks in his mother tongue, we have a difficult time understanding one another but we can communicate through our actions. I prepare his nightly dinner, we greet each other, he disposes of my trash, we move along together.

One night, John came to me and requested some money. A few days later, he returned it. I said,  “Thank you, just keep it,” as I did not expect him to return the money. A few weeks later, as I was delivering his meal, he began demanding more money and coffee. I did not concede and our relationship became distant. I felt I was in the right and I resented his lack of gratitude and demands for more. My resentment began to grow, even as I knew I am called to love him and reconcile.

I was bothered by this conflict for several days until I finally realized that what I need to do is show him love. I decided to begin greeting him with genuine hospitality and gradually, we began to laugh again. Wouldn’t you know it, some time later, as I was walking down an aisle at the grocery store, I looked up and spotted a large display of coffee on sale. I bought it, wrapped it with ribbon and some cash, and placed it under my Christmas tree for him.

From Maryknoll Office of Global Concerns, Scripture Reflection for Feb. 24, 2019.

END_OF_DOCUMENT_TOKEN_TO_BE_REPLACED 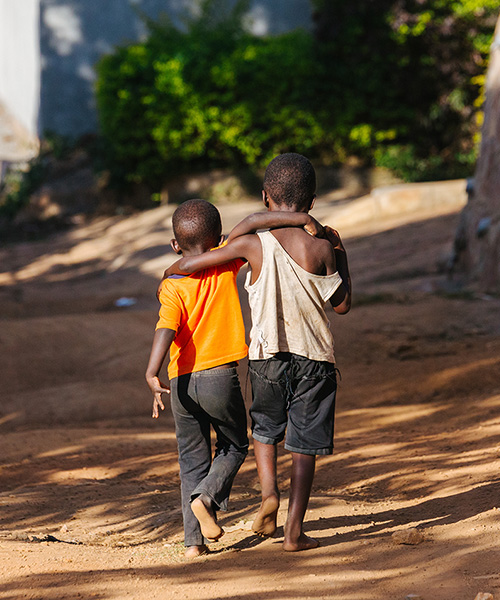 Our Lady of Sorrows

A prayer for our contemporary Easter journey

END_OF_DOCUMENT_TOKEN_TO_BE_REPLACED 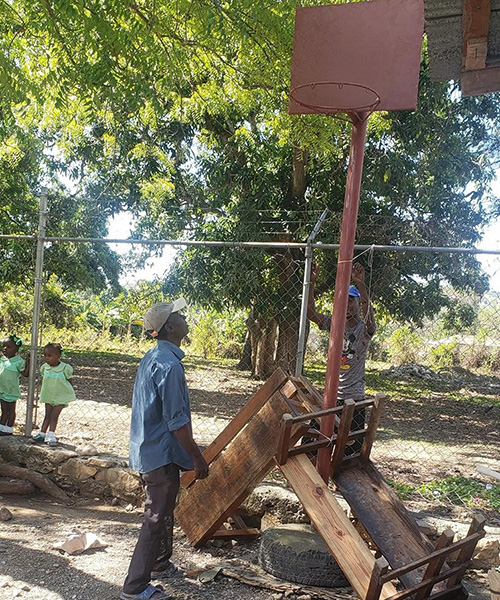 Building basketball goals for our school

Thanks to some good teamwork, Jesus-Mary School now has some respectable hoops for basketball.