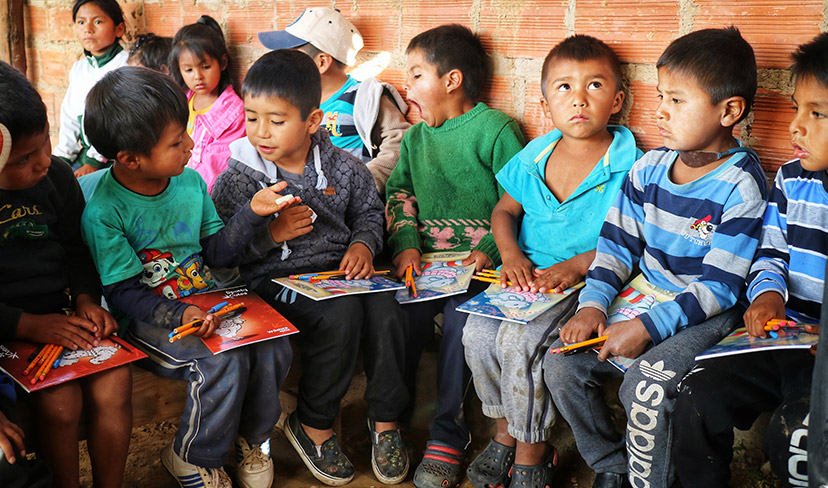 Written by Curt Klueg
My wife (Anita) and I co-coordinate the HOPE project which helps meet the educational needs of youth affected by AIDS. Most of our students have lost one or both of their parents to the disease. One of our activities is facilitating a twice-monthly session at the program’s learning center. There, we assist with basic tutoring, book borrowing, educational play and provide a general presence with the youth.
Anita Klueg tutoring in the HOPE Project
One of our students, Saidi, walks one hour to join us, though he is often too ill to do so. Recently, he joined us at the center and I spent 20 minutes one-on-one assessing his progress in math. In all honesty, he is years behind and does not show a great deal of promise academically, but he worked hard and had a genuine interest in improving. The encounter was nothing out of the norm, and if anything his academic situation was discouraging and left me feeling hopeless.
One week later our social worker told us that upon visiting Saidi’s home, the mother shared that the boy had, in weeks previous, stopped taking his HIV medication and he had shared with others that he was simply ready to die. However, after visiting the learning center, he told his mother that he now felt that he belonged somewhere and that he was going to recommit to his education, feeling a renewed sense of purpose and that someone cared.
Curt tutors another child at the HOPE learning center.
His mother said that the change was entirely due to having received some one-on-one attention. We know that many of our students get joy from coming together a few times per month for learning and playing in a friendly, comfortable environment. However, too often we take for granted the impact such a simple service can have on youth who otherwise are often confined to harsh environments where sitting idle or doing difficult family chores are the primary options.