At a World Day of Peace celebration in rival gang territory, children show the way. 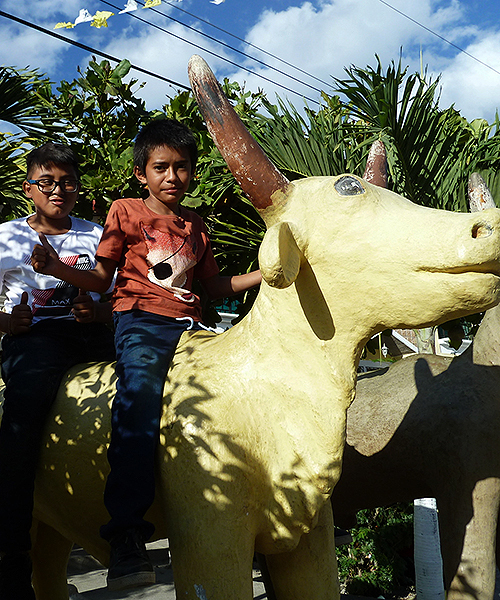 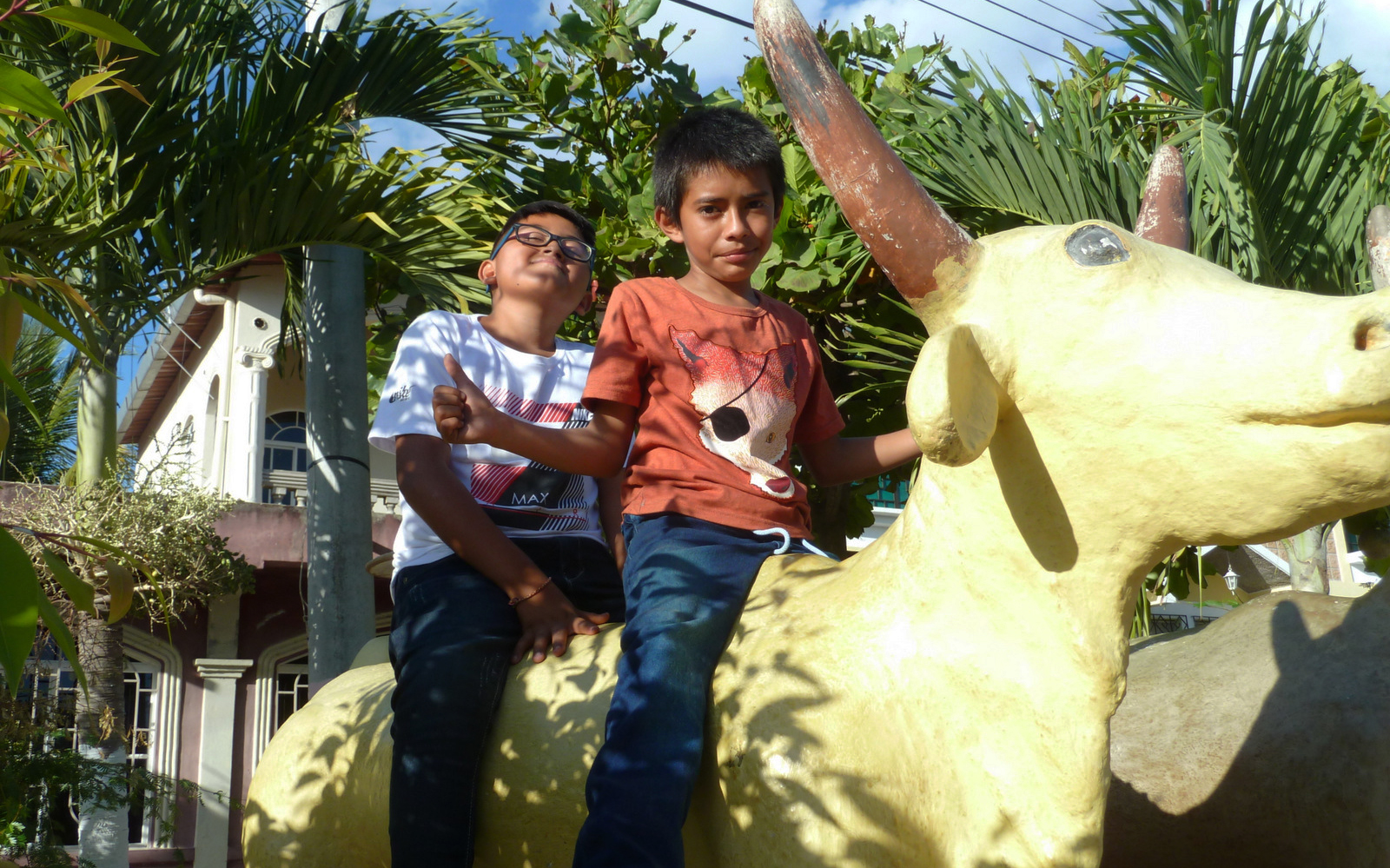 Rey del Buey (King of the Ox): Jefferson and Antonio

You’d think La Esperanza were a thousand miles away from the next community west, Santa Cruz Michapa. But it’s only a 10-minute bus ride. The occasion for our trip was the World Day of Peace, which our parish, San Juan Bautista, and other parishes celebrated together on January 11.

We signed up 10 youth from La Esperanza to go, but that morning, as I stopped at Jaime’s home to remind him, he was in the family store. His two hands hanging through security bars like limp pigeons.

“Can you go to Santa Cruz with us?” I asked. I had talked to his mother a few days before to invite her also. I had explained that two buses from our parish were going and that we’d meet up with other churches. She had reminded me that Santa Cruz Michapa was the territory of a rival gang. “Peligroso allá (dangerous there),” she said, her voice as heavy and suffocating as the summer dust here.

She was referring to the Calle 18 gang, who are the enemy of the MS-13 of La Esperanza. Gangs jealously guard territory and don’t let youth from rival gang territories enter. The simple fact you are young and from another territory is cause enough to keep you out.

That morning Jaime shook his head and said that he had to stay home; his mother was away. I reminded him of our next youth meeting, and he said he’d try to attend as his fingers now fluttered over Angry Birds on his phone.

“Every threatening situation feeds mistrust and leads people to withdraw into their own safety zone,” Pope Francis said in his World Day of Peace message. “Mistrust and fear weaken relationships and increase the risk of violence, creating a vicious circle that can never lead to a relationship of peace.” This rings so true here.

A few years ago the gang in La Esperanza fought turf battles with Calle 18. Three nights of shooting left one dead and several wounded. These territorial battles have since waned, but skirmishes between gangs and the military continue.

So I wasn’t surprised when only Antonio turned up to make the journey to Santa Cruz Michapa. On the way to church (about a mile walk from La Esperanza), Antonio saw 9-year-old Jefferson and invited him along.

Jefferson’s mother, beside him, asked a few questions, and surprisingly said he could go. In less than five minutes, Jefferson was showered and ready. We made it to the parish just in time to catch the bus.

“You sure we’ll be ok?” Jefferson asked. Neither of the boys had ever been to Santa Cruz Michapa.

“We’re not alone in this,” I assured them. 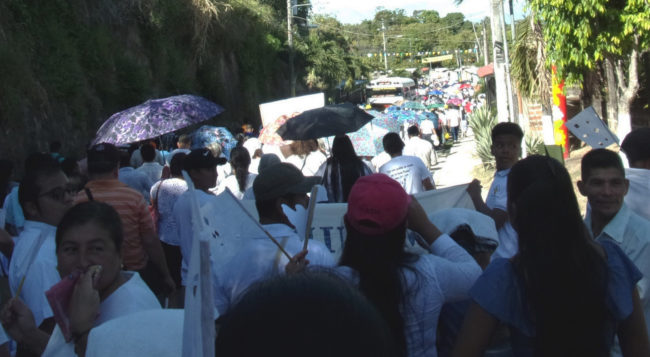 A thousand people from 13 other parishes showed up for the peace procession, and Jefferson and Antonio jumped right into it. We marched from the Pan American Highway into Santa Cruz Michapa singing: Paz, paz, paz, el mundo pide paz.

We were at the tail end of the procession, so when we got to Santa Cruz, we didn’t find seats for Mass, which was at an outdoor plaza. We remained standing about 50 yards from the main altar. Next to us was a monument dedicated to the farmers of the town. The monument’s two huge oxen and a man with a plough towered over us.

Standing through the long Mass required much more patience than Antonio or Jefferson could muster, so they decided to take a closer look at the monument and climbed on top of an ox. The oxen were made of cement, nothing too artistic, but Jefferson and Antonio sat as if sculpted in marble. Heads and chin up, they gave the impression of being very manly but then broke down in childish laughter.

They only descended to give the “Peace of Christ” and then went back to riding oxen, now joined by several other kids—some from Santa Cruz Michapa.

Suddenly, the monument turned into a free-for-all. Play loosened the gravity of fear, and dreams took hold. Antonio was Rey del Buey (King of the Ox) until another kid dethroned him. Jefferson was waiting to make his move, and when six kids came crashing down, he shot all the way up to the ox horns.

His face was luminous in sweat as he climbed, jumped, and shouted.

It is said that play is the work of children, but on this afternoon it was also the work of peace.