2341
APPLYDONATE
Home » El Salvador » Hope in the midst of violence

Hope in the midst of violence

A Mass in the chapel of El Salvador’s largest prison points to hope and a path toward reducing violence, restoring dignity and renewing life. 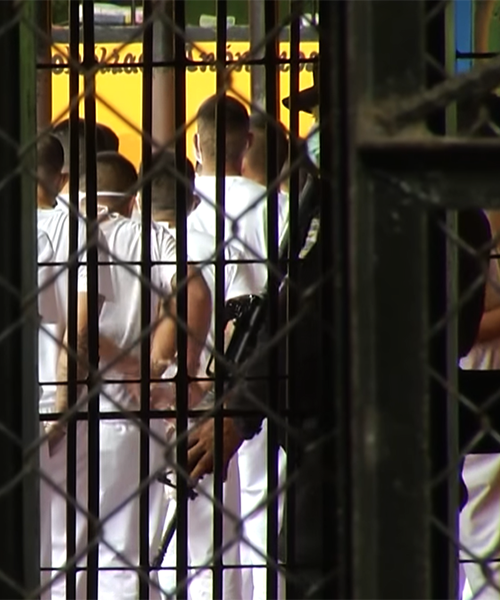 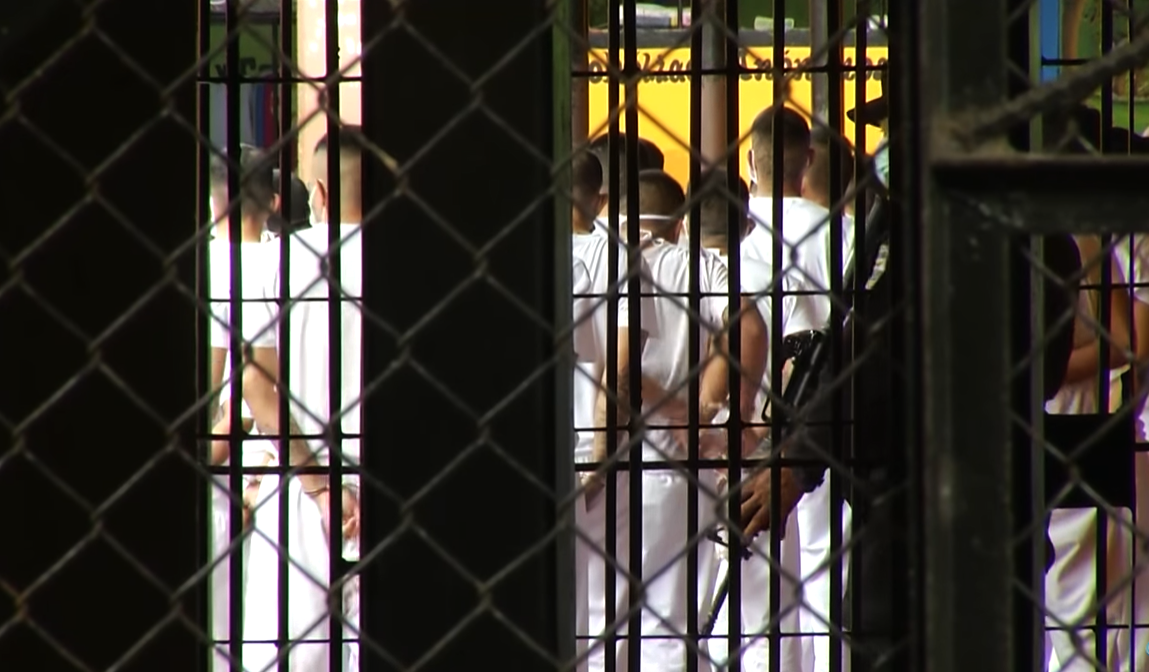 This past Sunday, Maryknoll Father Jack Northrop; my wife, Liz; and I went to Mass at the prison complex La Esperanza, also known as Mariona, the largest prison in El Salvador. It was crowded, loud, sweltering — and holy.

According to recent press reports, nearly all of the country’s major prisons are well above capacity. La Esperanza, for example, has a capacity for 10,000 people and a current population of 12,460. Existing facilities are being expanded, new ones are being built, and the number of incarcerated people is skyrocketing. In response to a recent spate of gang-related killings, including 62 in one day, more than 20,000 people have been arrested in a matter of weeks — the vast majority young men — and that number is rising. 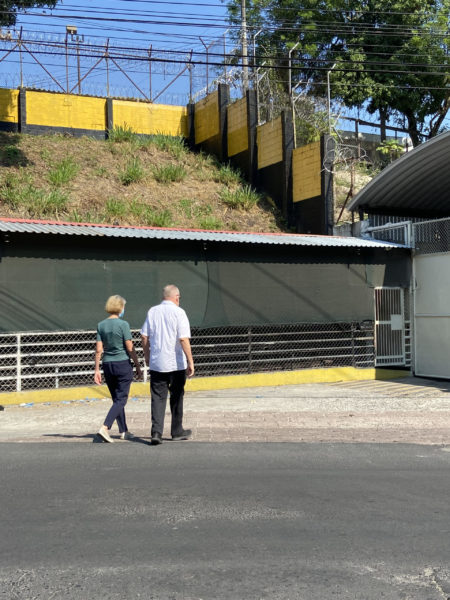 The Salvadoran government has instituted a state of emergency, which gives it broad powers to make arrests, suspend due process and hold people without charges for up to 15 days. The military is conducting house-to-house searches in villages known to be controlled by gangs and ordering men off public buses to be searched for tattoos and anything else that might indicate a gang connection. Several of us in the Maryknoll community know people with no criminal backgrounds or gang connections who have been arrested, including a member of a Maryknoll-sponsored scholarship program and a well-respected teacher at the language school that several of us have attended.

The current wave of bloodshed and imprisonment is nothing new for the long-suffering people of El Salvador, but rather the latest spasm in the chronic violence plaguing the country, which stems from an embedded gang culture, full-scale militarization of government security forces, block-by-block and village-by-village battles for territorial control, with all of these finding their root in extreme social inequality.

El Salvador is a country at war with itself. The news headlines describe the conflict in simple terms: “dolor y muerte” (pain and death). Young men form the fighting ranks in this complex and deadly struggle, which pits the government against the gangs, the gangs against the gangs, and the people wearing uniforms as well as those with gang tattoos against people who are simply trying to live their lives.

Instead of tanks and missiles, this war is being fought using more up-close methods. A young soldier holds his machine gun in one hand and a baby in the other as he helps a mother step down off a bus — a moment of gentle human kindness pressed against the hard and brutal reality of daily life here. Gang members hang out on a corner, eyeing everyone including two young women and their little children in front of their house across the road, asserting control of the village and signaling that nothing and no one is beyond their reach.

The war rages to a constant drumbeat of fear and despair — from routine disruptions of traffic stops and security checkpoints, to the frightening unknown of not being able to locate loved ones who have been arrested and the agony of friends and family members being killed. The people here have become inured to the violence.

On the evening of that first day of the week, when the doors were locked, where the disciples were, for fear of the Jews, Jesus came and stood in their midst and said to them, “Peace be with you” (John 20:19). 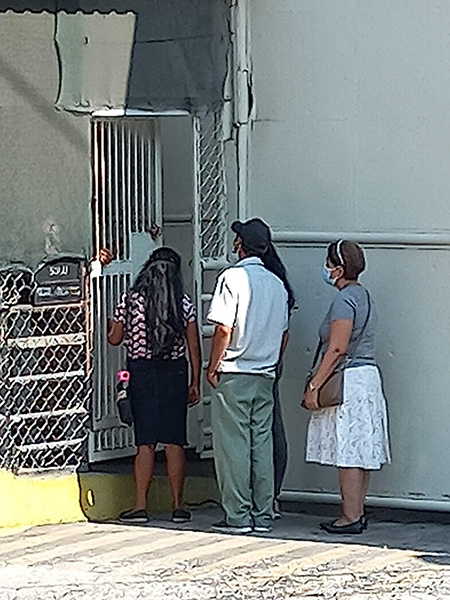 Family members wait in line at the prison gate, seeking information about their loved ones.

Back at La Esperanza that morning, we waited for our fellow volunteers outside across the street, and then passed through locked doors, the main gate and security check points where we were searched and scanned. We walked along outdoor corridors with high walls and past long rows of men handcuffed to railings. Finally, we came to the chapel, which was shaking from the sound of joyful music and singing.

As we entered inside, we were greeted by waves of men, dressed in white and numbering in the hundreds, their eyes smiling from behind their masks. They reached out their hands and we reached out ours in a demonstration of shared human connection. If heaven has an entrance, it must be like the gauntlet of joy that we experienced as we entered the chapel. And that shared joy continued unabated.

The Gospel was read, and we heard Thomas say that he needed to see the holes in Jesus’ hands and feet before he would believe. Our experiences of doubt and fear, pain and suffering, and love and mercy were brought together, and there was a clear sense of oneness. The doors were locked, and yet, as the bread was broken and shared, Jesus appeared, stood in our midst, and his peace came upon us.

As the apostles and other disciples in the locked room were transformed from being many to being one, we became united in prayer and song, in our respect and hope for one another, in our fundamental goodness, and our belief in something bigger than our individual selves. Our eyes were opened in faith, everyone looked at each other and essentially said, “I see you.”

Now the whole group of those who believed were of one heart and soul (Acts 4:32).

Whatever one thinks about the current direction of sweeping arrests, abrogated rights, and overcrowded prisons, there is no easy answer or simple fix to the tragic situation in El Salvador. Nonetheless, the gift of faith bears the promise of being hope to people here in El Salvador and around the world.

Our celebration of the Eucharist in the chapel in La Esperanza (which in Spanish means “hope”) points in the direction of lasting change and a path toward reducing violence, restoring dignity and renewing life. Whether we are behind the locked doors of a prison or in our neighborhood church, through the Eucharist we are taken up into communion with Christ and one another. 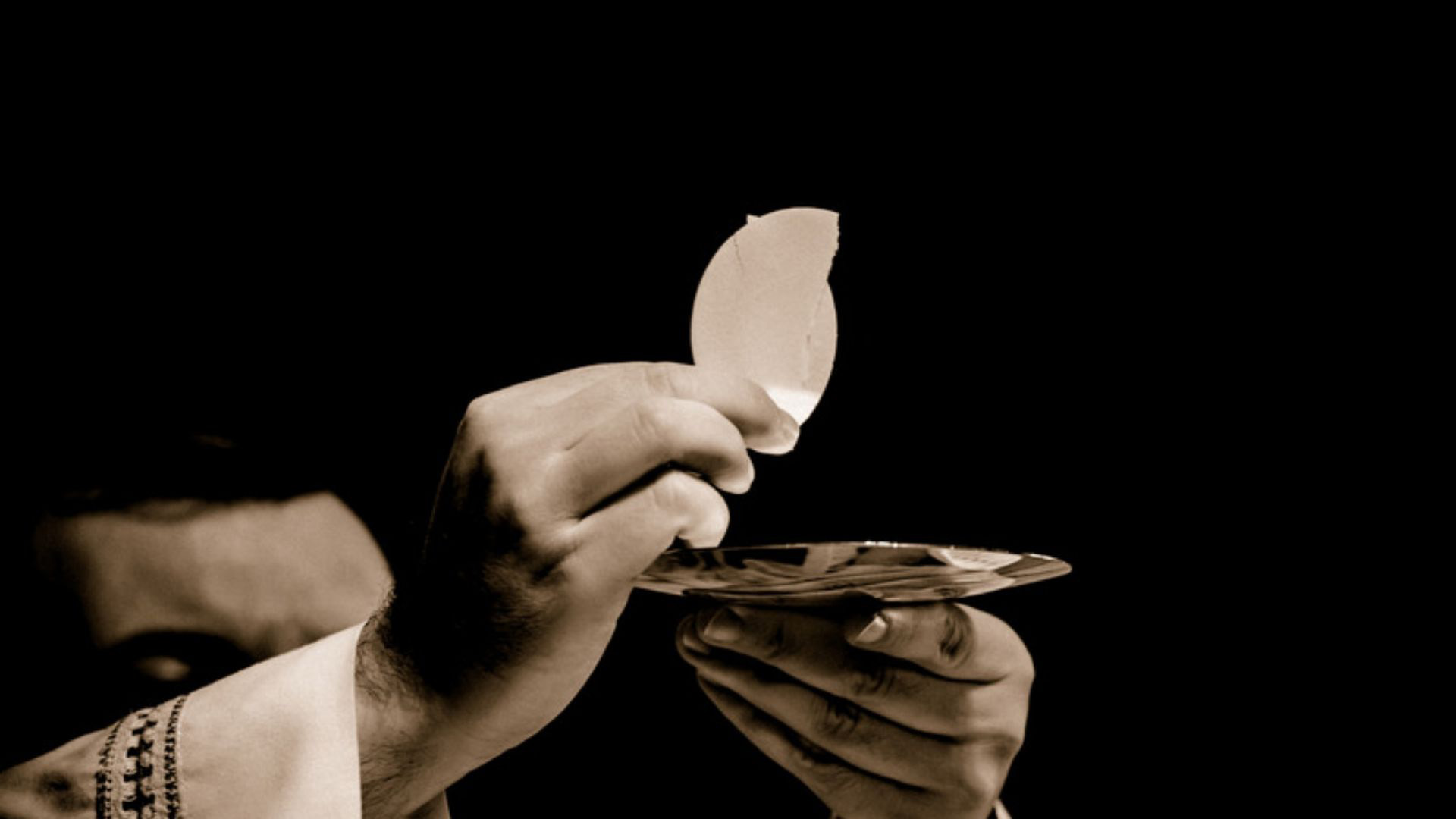 Bob CunninghamWorking together with his wife, Liz, at Patronato Lidia Coggiola, Bob Cunningham accompanies and supports the education and empowerment of the people in El Zaite, El Salvador, particularly children, adolescents and women.