2341
APPLYDONATE
Home » El Salvador » Rediscovering the spirit of the resurrection

Rediscovering the spirit of the resurrection

In the midst of the pandemic, communities are coming together to live out the message of hope in the resurrection 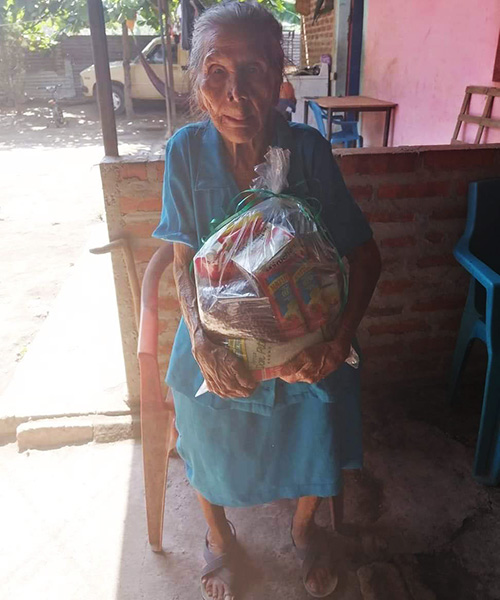 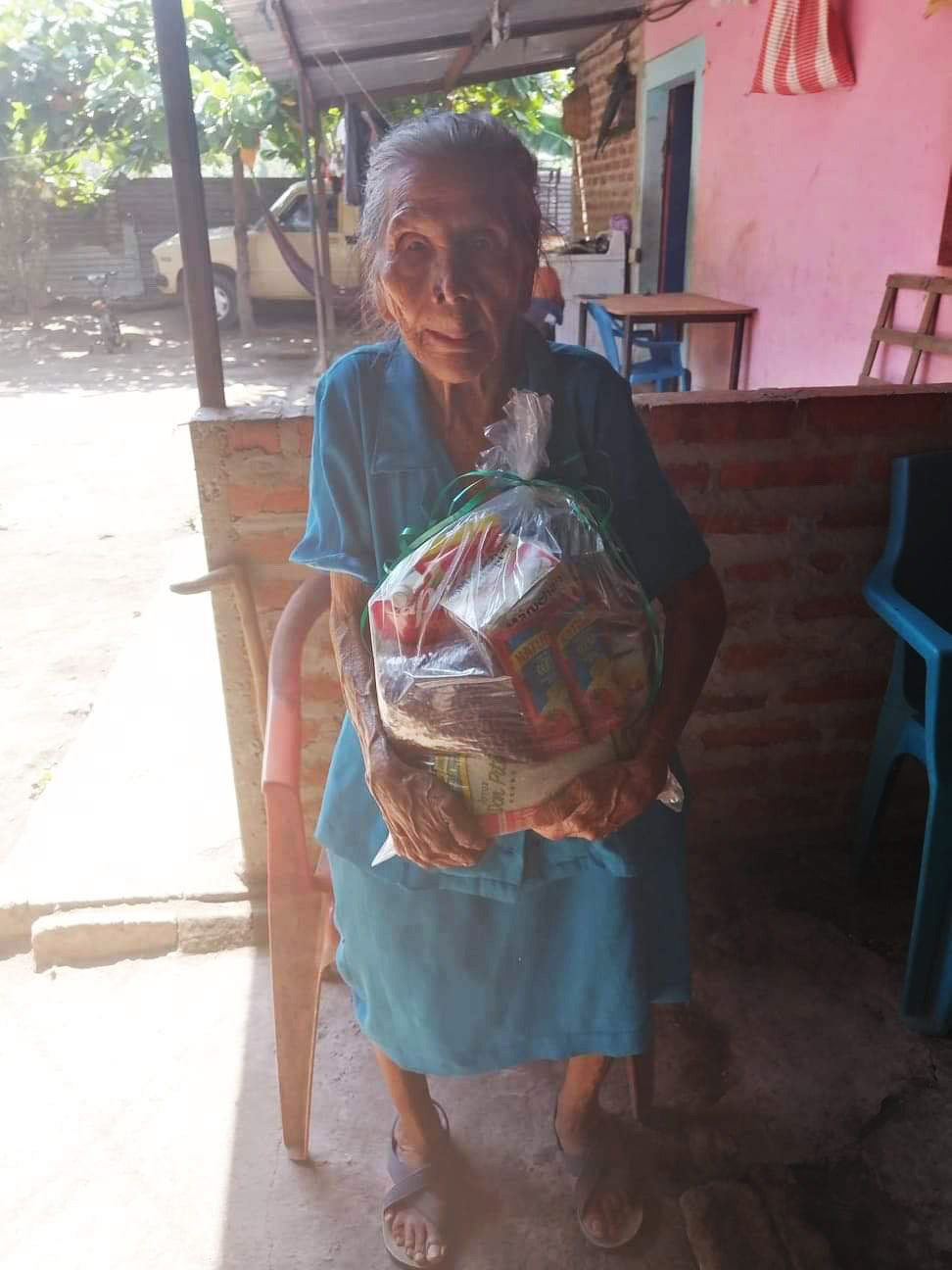 Even though there have been relatively few cases, compared to other countries, El Salvador has been in full lockdown since March 21. This means that no one is allowed to leave their house unless they are buying food or medicine or have another valid reason to be out.

The government has been rather strict about enforcing the quarantine. Police and military are patrolling the streets and stopping cars to enforce the law. More than 5,000 people have been put in mandatory quarantine centers and are required to stay there for approximately a month. The majority of these cases are Salvadorans who have returned from another country. Over 1,500 Salvadorans were put in mandatory quarantine for being in the streets and violating the stay-at-home order.

This lockdown has been especially difficult for those living at the margins. Many people here only make a couple of dollars a day that allow them to feed their family day by day, and around 70 percent of Salvadorans are informally employed. They make their money by selling items in the street and other informal jobs. These people have no way of being able to support their families while they are under quarantine.

The government has promised to give 75 percent of families $300 in cash to live on, but many of the poorest families have slipped through the cracks of the system and have no way to support themselves. 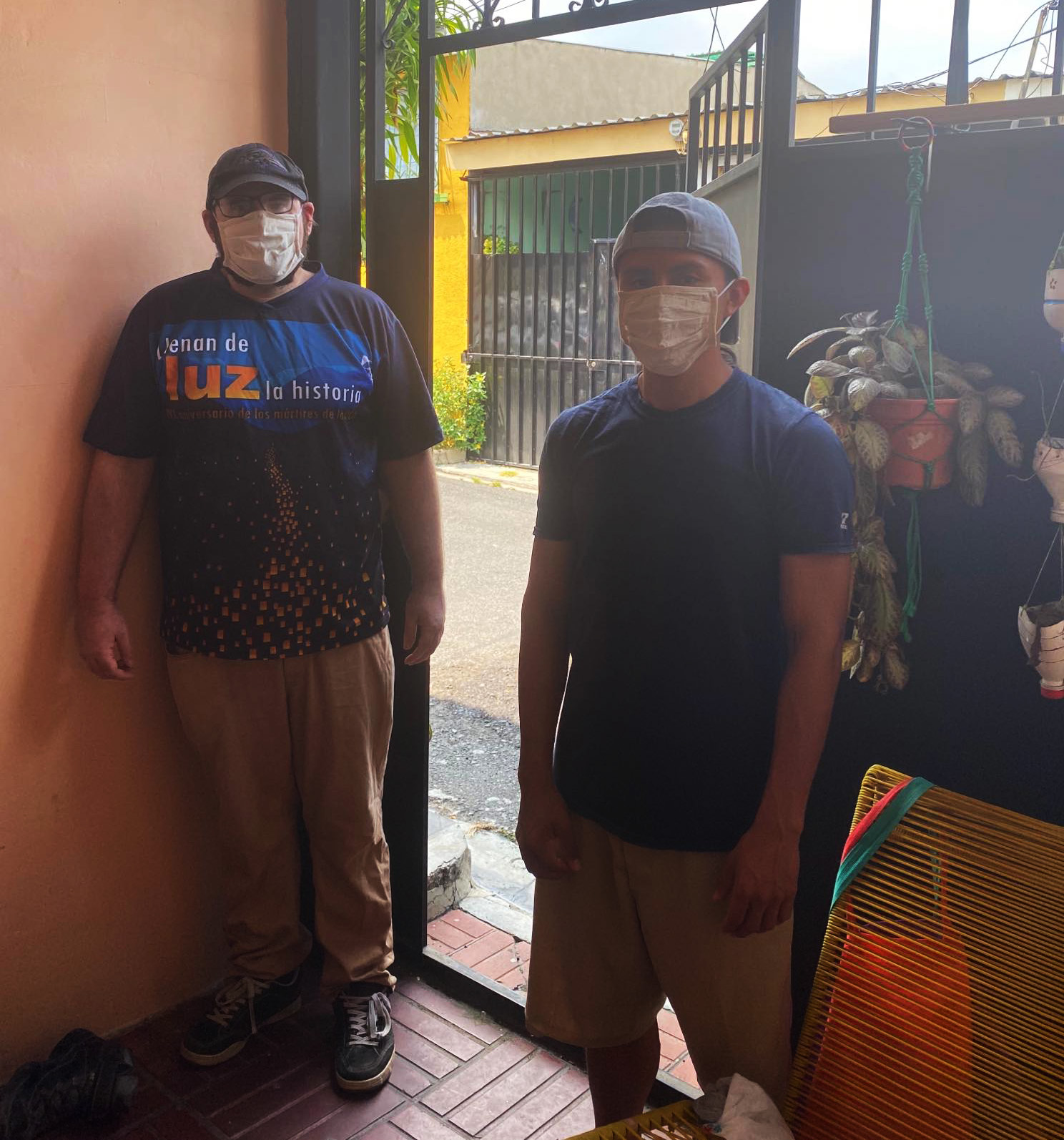 Larry Parr (left), with scholarship student Cesar Hernandez, who is staying with Larry so he can have internet access to do remote learning while the universities are closed.

Despite all of the hardship, it is also the Easter season, a time of hope that life can overcome death and suffering. The resurrection shows us that if we live together in solidarity with each other, hope, love, and life will always conquer fear and death. The resurrection is embodied today by actions of kindness and love.

This spirit of the resurrection has been so apparent in those communities that are suffering the most.

People who live in some of the most marginalized communities have come together to sanitize the roads and install car washes at entrances in order to sanitize all vehicles entering the communities. Churches, local governments, community organizations and private citizens are going house to house, giving food to the elderly and families that do not have anything. Even some of the local gangs are giving to those in need in this troubling time. The communities are coming together to live out the message of hope in the resurrection.

Members of our youth program helped deliver baskets of food to those families who did not receive support from other sources. Esaú Alemán, one of our soccer coaches, told me that he was impressed that an elderly lady, with no income, told him that she had already received a small donation of food and requested that his donation be given to another family, who had not gotten anything.

“Today I learned so much from the people that are ignored by society because of their economic situations,” Esaú said. “They taught me that the humblest people, who have almost nothing, share the little they have with so much love and an open heart.”

This is the spirit of the resurrection: everyone coming together to work for the kingdom of God and to combat the suffering of COVID-19 with acts of love.