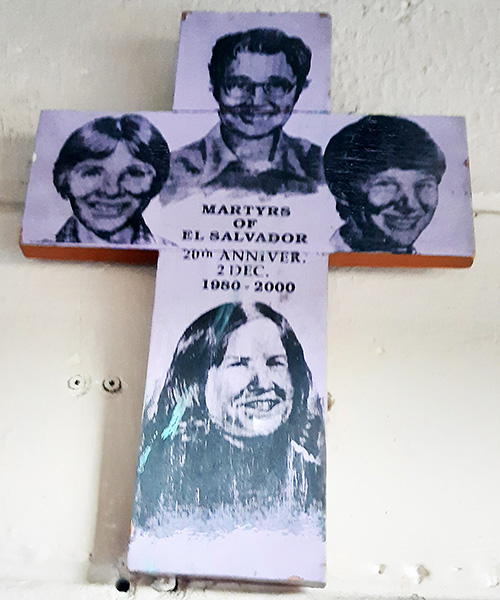 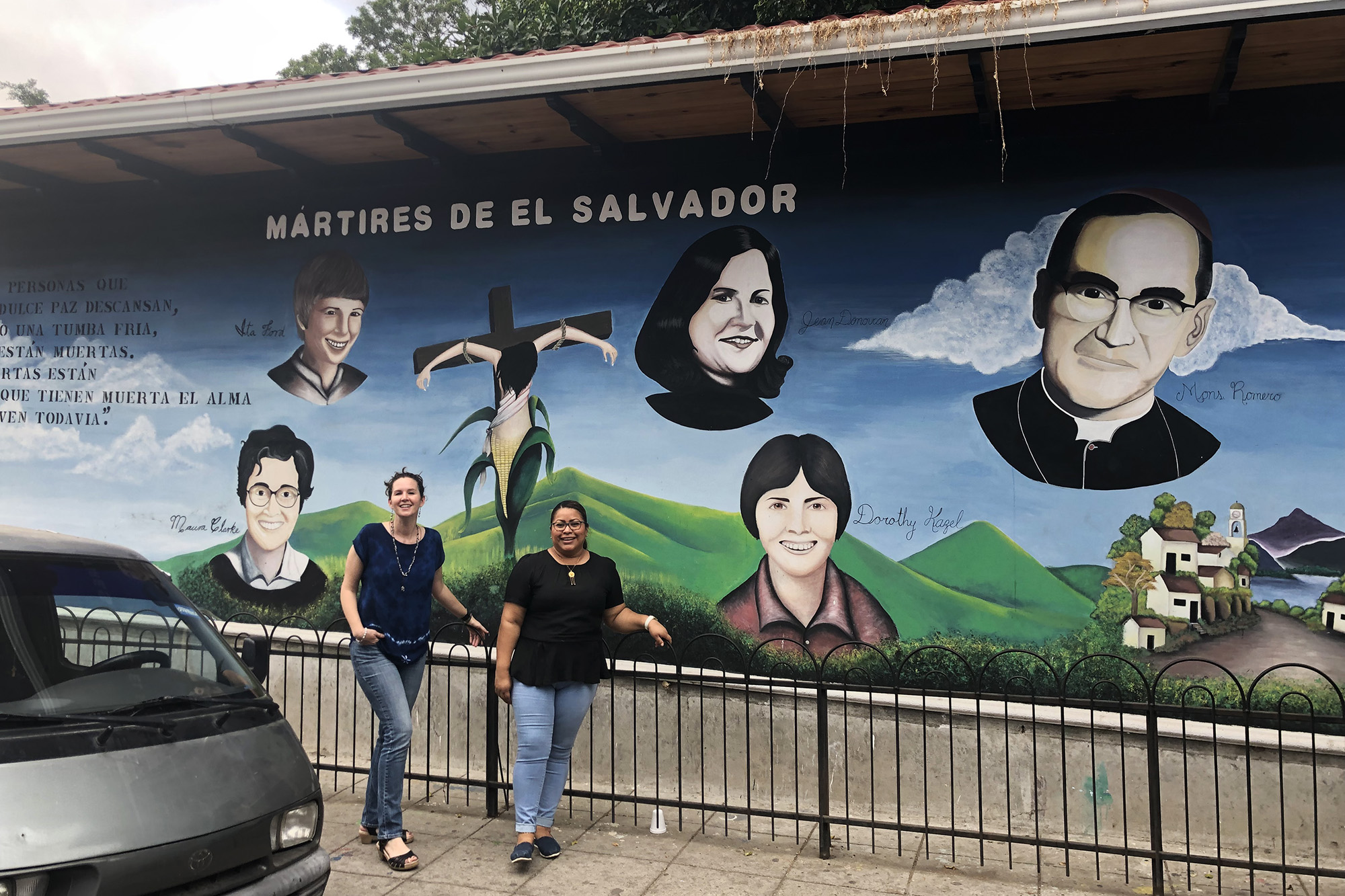 One day during my first few weeks at my ministry site, the ACOMUJERZA women’s cooperative, I was having lunch with a few of the women there. Some seemed a bit confused about my interest in joining them in their work because in their experience missioners usually only worked in churches.

One of the women asked me what my mission was here in El Salvador. This is common language here as church-going people are encouraged to “go on mission” to other parts of the country to evangelize for a weekend or week.

Before I had time to explain how Maryknoll Lay Missioners is different, María Julia, a long-time church volunteer (and one of the founders of the co-op) jumped in. She had worked with Ursuline Sister Dorothy Kazel, Jean Donovan and many other priests, nuns and lay people from the Cleveland mission team.

She explained, “Oh no, Maryknoll is different. Maryknoll’s mission is to be in solidarity with us, to work with us and to learn and grow together — that is how we build the kingdom of God.”

My jaw dropped; I could not have explained it better. María Julia and others in our town already experienced what Maryknoll mission is all about, and I didn’t need to say anything. 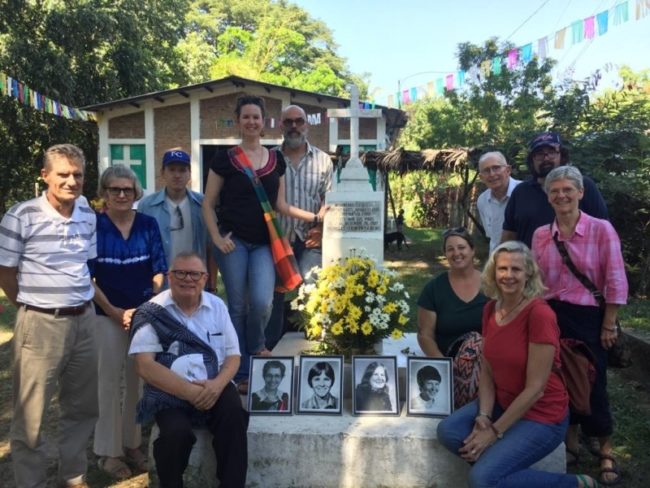 The El Salvador Maryknoll Mission Community at the memorial to the churchwomen after marking the 39th anniversary last year.

I have lost count of the number of times when I introduce myself as a Maryknoll lay missioner and the response is, “Ah, Maryknoll…the Sisters gave their lives here.” The four U.S. church women are counted among the many martyrs here in El Salvador.

During this 40th anniversary year, they were to be commemorated and highlighted in a special “Jubilee Year of Martyrs.” The Salvadoran bishops had declared 2020 to be a yearlong celebration of the country’s martyrs for the women as well as St. Óscar Romero; Padre Rutilio Grande, SJ; Padre Cosme Spessotto, OFM; and Padre Nicolás Antonio Rodríguez.

Unfortunately, the pandemic has led to the cancellation of all large celebrations, but small commemorations are being held virtually during this whole year.

Brandon, a 5-year-old from La Esperanza, often asks me, “¿Cuando vienen los gringos?” He is usually pushing our orange wheelbarrow, the mobile unit of our library, when he asks this question.

He’s referring to Maryknoll Lay Missioners’ Friends Across Border (FAB) mission immersion program. With the COVID-19 situation, it’s been a year since our last FAB group visited La Esperanza and Brandon. They gave him lots of tender loving attention and read lots of children’s books to him.

“When are the gringos coming?” isn’t just a simple rhetorical question for Brandon. When he asks it, his eyes grow big in curiosity and wonder and you see it in his face. He feels something so strongly, something that summons up moments of joy that haven’t faded. Time hasn’t faded.

When he asks me this, I think of what Jean Donovan said about the children here: “I want to get closer to God, and going to El Salvador is the only way I think I can… I don’t know how the poor survive. People in our position really have to die unto ourselves and our wealth to gain the spirituality of the poor and the oppressed. I have a long way to go on that score. The poor can teach you so much with their patience and their wanting eyes. We are all so inadequate in our help. Several times I have decided to leave El Salvador. I almost could, except for the children, the poor bruised victims of this insanity.”

Jean Donovan said this 40 years ago, and Brandon’s eyes say it all: Time hasn’t faded. 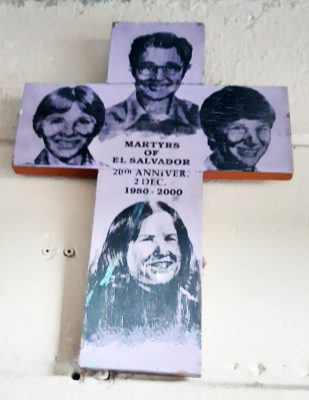 Jean Donovan’s life was one of the inspirations that influenced my decision to join Maryknoll Lay Missioners. Forty years after the martyrdom of the four U.S. church women, I try to continue their legacy in my own ministry. That ministry responds to the fundamental right to sufficient food for those of limited resources and continues to support vulnerable Salvadorans.

On one of the walls in the building where our soy program is located, we have a small cross that is a memento from the 20th anniversary celebration in the year 2000. Over the years, the soy program has had countless delegations visiting us. Some of the visitors are familiar with the story of the Dec. 2 church women and are quick to recognize and comment on the women martyrs. For others, encountering the cross is an opportunity to learn about the women and their legacy.

By sharing their story, we keep the church women alive.

The Maryknoll Sisters are organizing a 40th anniversary commemoration on Wednesday, Dec. 2, 2020, from 7 to 9:30 pm Eastern time. Maryknoll lay missioner Melissa Altman will be one of the panelists for this event, “Called by the Energy of the Four Church Women: We Too Respond!” Join the Zoom meeting here.