Yes you can, yes ukulele

Miguel and Soña and how the ukulele can teach letters and so much more. 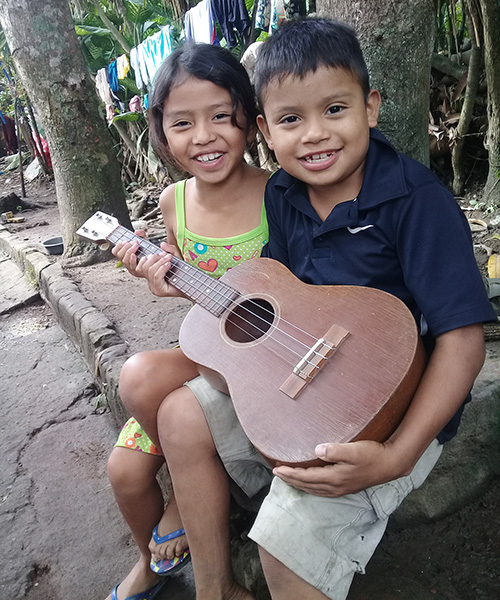 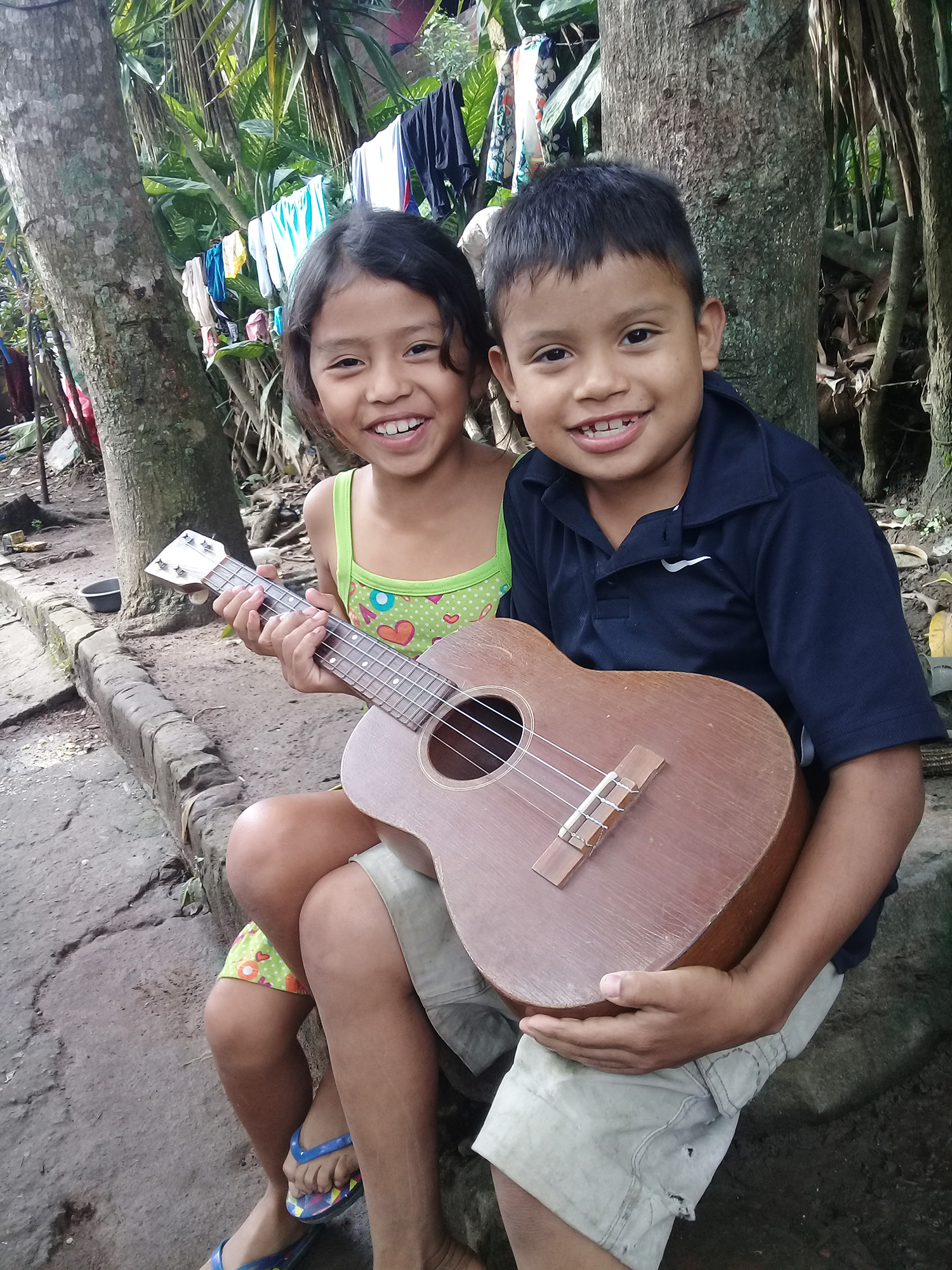 Soña and Miguel with the ukulele

Sitting with Miguel and Soña in front of their house last Wednesday, I showed them the library’s baritone ukulele. I pointed to the E string and plucked it and then did the same with the B, G, and D strings while naming the notes. Each child took a turn.

We plucked for several minutes before they could do it on their own, and then we started with the D string and worked down to the E string. “Lots of letters,” said Soña. She is in the first grade and doesn’t know the alphabet.

“But these letters are fun,” Miguel replied. He is in second grade and is also lagging far behind in school. I’m looking for ways to beg, steal, borrow, or barter letters into brother and sister. Now is the time to reach them, with letters and so much more.

Their mother is standing a few yards away, scrubbing clothes in the wash basin. She tells me that Miguel doesn’t like school. I offer to leave a children’s book, so she can read to them, but she tells me she doesn’t know how to read.

The children only see their mother on Wednesdays, if they’re lucky; she works in San Salvador as a live-in maid. Sometimes two or three weeks pass, and they don’t see her. Their father passed away suddenly this past summer, and the children live with their older sister, brother and his wife, who has two small children.

Miguelito plucks a series of strings and proudly says the note of each. “I want to keep it for a few days,” he says.

“You show me your homework tomorrow, and then we’ll learn the alphabet with your sister. The ukulele has letters all over the place. If you can do that, it’s yours for a few days.”