Visiting the homes of people with disabilities shows a strength and resolve to not let suffering have the last word. 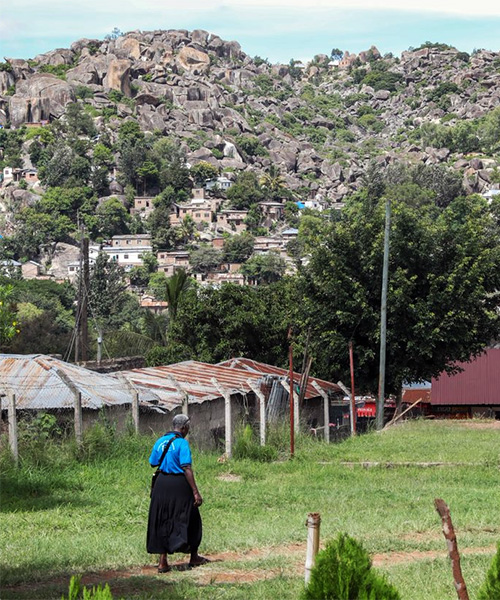 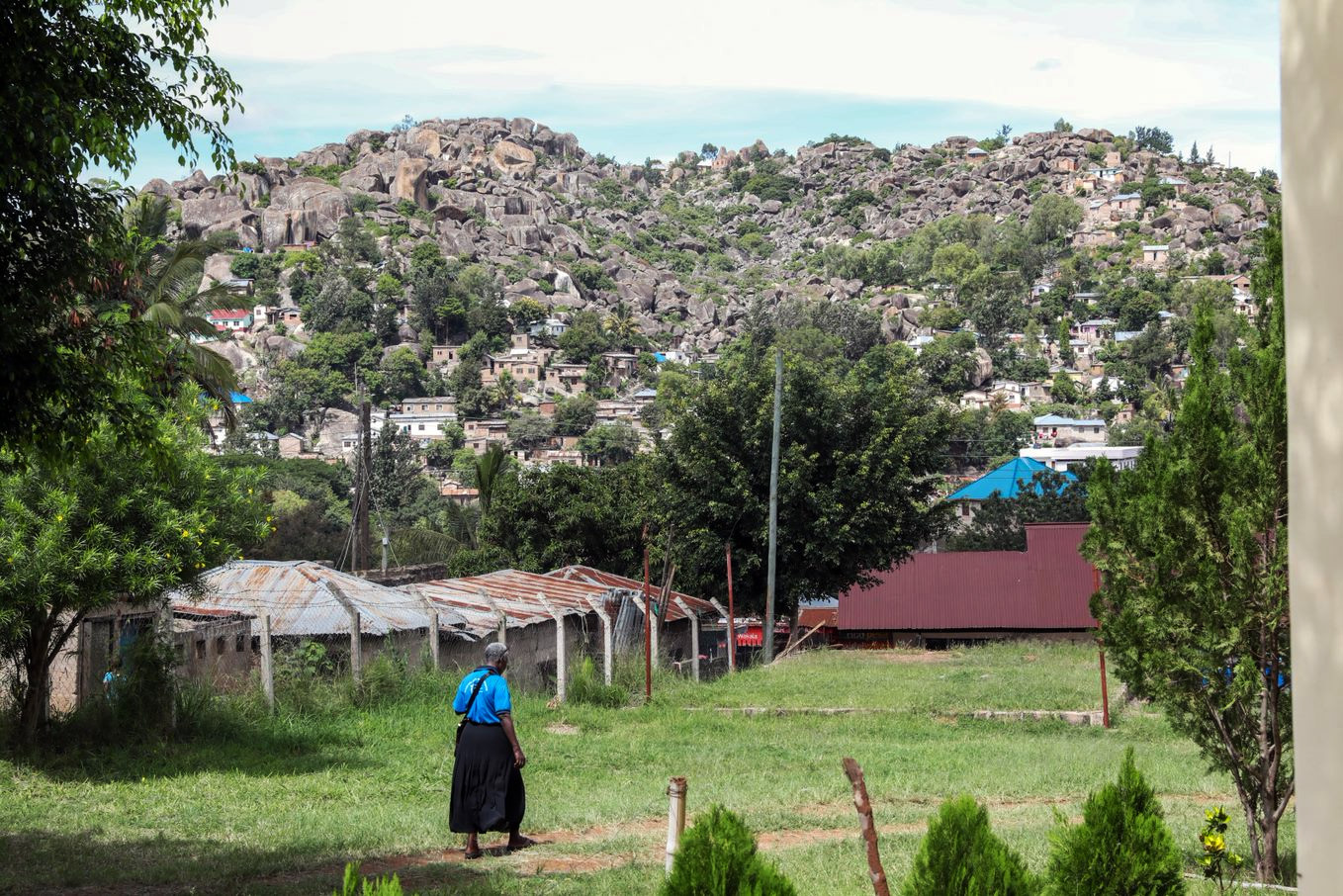 Natalia Kadio, the director of Mabatini Public Health Center on the parish grounds, with the hills of Mabatini in the background.

The hills of Mabatini aren’t made for walking. Steep, winding slopes of rock and dirt level out only slightly for the plots of land where families have made their homes. As I made my way up this maze of unforgiving terrain, around each corner were ordinary sights that felt extraordinary in such an environment: children playing in the dirt, a few women sitting behind a table selling vegetables and peanuts, the sound of a small, scratchy radio reporting the local news in Swahili. It is in these hills that many of the residents of Mabatini live, including those for whom this environment provides the greatest challenge and most isolation: the physically disabled.

Each week, my co-workers Justin and Anna take various routes up the hills to visit home-bound children who are suffering from conditions like cerebral palsy, spina bifida, and hydrocephalus. Justin and Anna enter the homes and the lives of these children and their families to check on their health, to do physiotherapy exercises, and offer encouragement to those who feel like they are fighting an uphill battle. Earlier this week, I was invited to accompany them on a few of their home visits.

When we started walking up the hills, I was struck by the lack of a footpath. Each day, residents of Mabatini take the same walk we did—men going to work in the city, children going to school, and women going to the market to get food for their families. The only clue of human impact was the litter along the way, the earth looking otherwise untouched. We made our way to the house of a young man named Emmanuel, 22 years old, who has been living with severe cerebral palsy since early childhood. We were welcomed by his mother, who made us comfortable in her living room while we waited for her son. After a few minutes, he made his way to the living room to see us.

Because of his cerebral palsy, Emmanuel is unable to walk, struggles to speak and experiences muscle spasms that make it difficult to do any daily task that requires even a little dexterity. When he came into the living room, he did so on his hands and knees, his legs splayed to the side, and his upper body taking on most of the work. He sat on the couch and greeted us each personally with “shikamoo,” a respectful Swahili greeting from a younger to an older person. I told him not to bother in my case, figuring he was close to my age (if not older), and so he smiled and said “mambo” or “what’s up?’

In the short time I spent in the living room of this family’s house, I learned that Emmanuel could count the number of days on one hand that he has spent in school, but that Justin has been able to teach him to read. I learned that every day, even when he is sick, he faithfully does his physiotherapy exercises and from them has gained enough upper body strength to help compensate for his immobility. I learned that from the outside his life looks like one of hardship, isolation, and suffering, but his smile and eagerness to chat with us showed a resolve to not let suffering have the last word.

The day continued, and I was lucky enough to go on a few more of these visits. Each family we visited was unique, but all shouldering similar burdens and all dutifully caring for their disabled family member.

Hebrews 12:13 commands, “Make level paths for your feet, so that the lame may not be disabled, but rather healed.” The people I was able to visit with Justin and Anna have perhaps one of the hardest journeys to be on: the task of navigating a world that feels it wasn’t made for them. Yet what I saw in Emmanuel and others that day was that while God may never level the hills of Mabatini, God still makes a path to healing for these people who are living just a little closer to heaven.