2341
APPLYDONATE
Home » Healthcare » A missioner reflects: What the heart sees

A missioner reflects: What the heart sees 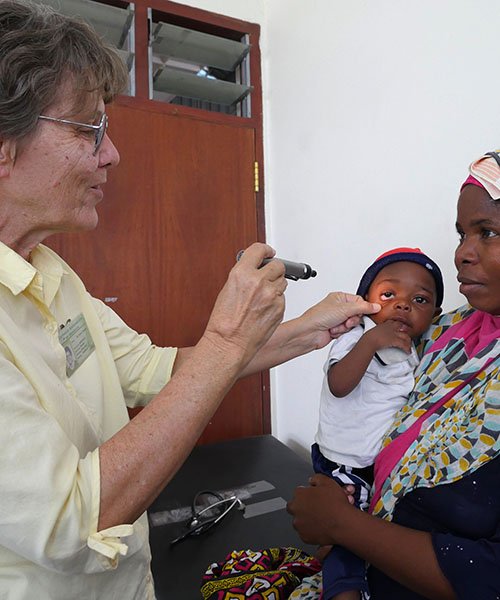 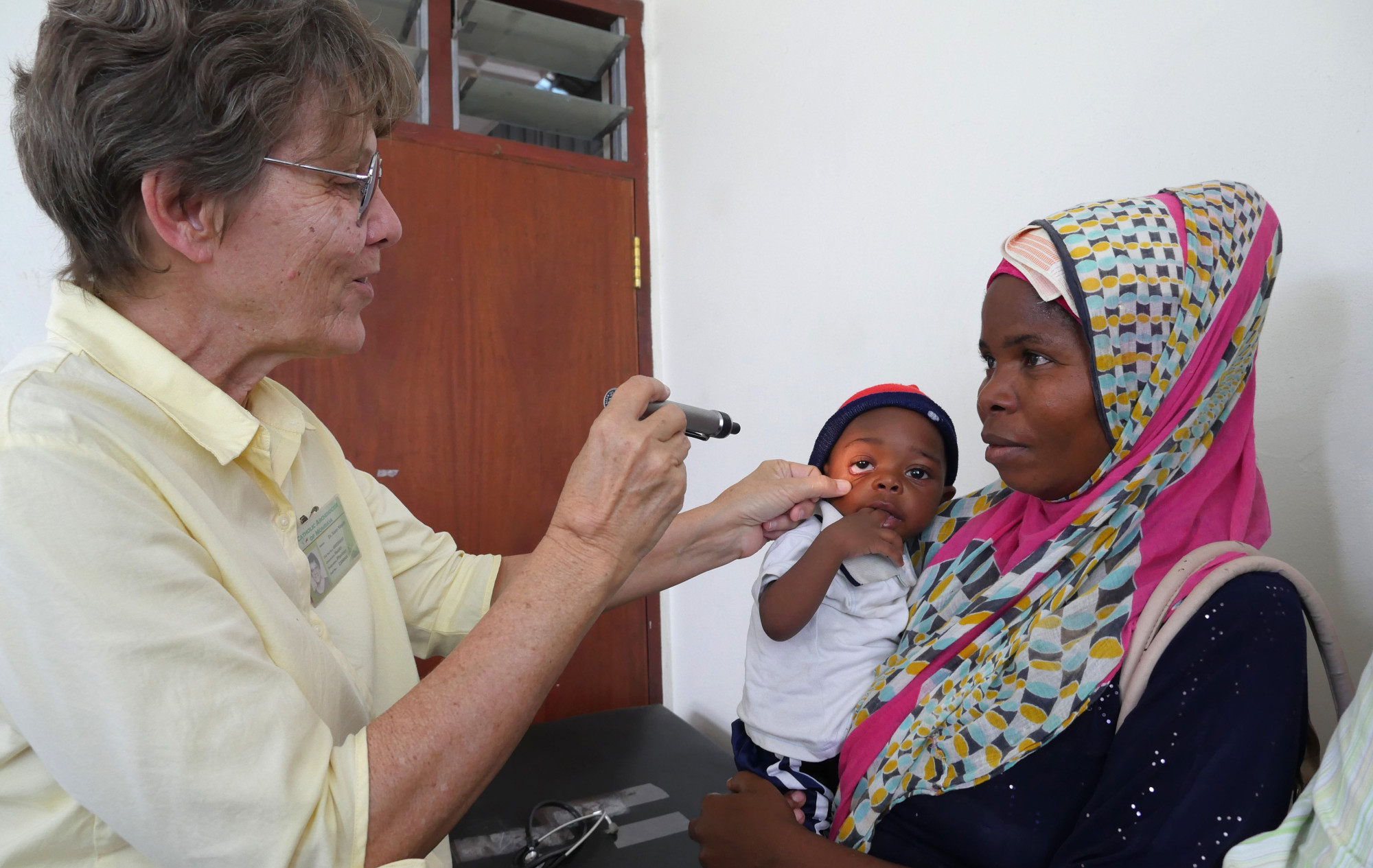 Susan Nagele, working as a physician at St. Patrick Dispensary in Mombasa, Kenya

Dark eyes squinted out from his swarthy complexion, and he looked angry. But he didn’t see well. Omar was born with cataracts 14 years ago and struggled to see my face. I would soon learn that the vision his eyes failed him was sharpened by his heart and soul.

He had fled the war in Yemen in 2015 with his parents and brother. As a missioner in East Africa, I had seen many boys his age run for their lives. The Lost Boys of Sudan trekked from their homes to Ethiopia, back to Sudan and down into Kenya. Whole families fled election violence in Kenya in 2008. Today whole families in Central America are running to El Paso and other border crossings in the USA in desperation.

None of them really wanted to leave their home.

Omar explained the intricacies of Saudi Arabia and Houthie rebels, but I didn’t really understand. What was clear to my unimpeded vision was a piercing pain that was hard to articulate. When I asked his brother what he missed most about Yemen he said “Everything” and walked away.

But Omar didn’t walk away. He could see through the haze that I was interested in his story, and when he heard my question, he trustingly replied. He missed everything, too. He wanted to go back home but knew he couldn’t. None of his cousins knew how much his heart ached. I did, and I assured him he would go back home one day; but not for many years to come.

I left Omar in Mombasa, Kenya, in the middle of 2018. I now live in a comfortable house where all the appliances work and drivers of mostly new vehicles follow the rules of the road. There are no more throngs of needy people in my medical clinics or lonely boys living downstairs. I take my mother’s little Shih tzu to the vet and watch person after person swipe their credit card for hundreds, if not thousands, of dollars to keep their beloved companions well. My remembering eyes cringe at what they are seeing.

In 2016, I asked Omar if he had heard about the many families in Central America who were fleeing their countries to try to find a better life in the USA. He had. He was smart, inquisitive, and the radio and TV downstairs provided some truth on the BBC and Al Jazeera.

In Illinois, I now struggle to find the truth of what is happening outside the USA. We have plenty of cable options, but you have to look hard, with wide-open eyes and ears, to find much of anything concerning the continent of Africa. Many people in my new-old hometown refer to Africa as a country. I close my eyes and see 54 countries with 1,500 languages.

Today I received an email from Heidi, our spunky Maryknoll Lay Missioner lawyer who has settled into El Paso, Texas. She is a reliable news source working with immigration law for the ever-increasing numbers of desperate families fleeing horrible violence. They number in the hundreds each day and hope for a safe place where they can work. U.S. government leaders, and their constituents, want to build more walls. More immediately, they threaten to close the border.

In 1992 bedraggled Sudanese followed the Nile from Sudan across the border into Uganda to escape war. We missioners moved with them and saw with our own eyes the misery and destitution of people on the move. But this time they moved their bodies and meager belongings across a border and left their national home. In 2017 South Sudanese refugees to Uganda numbered more than 2,000 each day. Uganda never closed her border and that year welcomed 1.4 million refugees—ten times more than the USA during that same temporal window.

Shortly after I met Omar, I saw him and his brother standing with their mother, Asha, on a street corner. They were in their own little world, hunched over their phone, busy talking to a friend. I passed by quietly. A few minutes later I felt an arm around my shoulder. Looking up, I saw Asha smiling broadly with a big “Salamu.” I snaked my arm around her waist over her black veil and gown. I wore a T-shirt with Oscar Romero’s picture on it.

The boys walked behind us as we sauntered arm in arm, catching up on our lives. For that brief stroll I no longer felt I was the white foreigner that attracted privilege. I felt like I belonged to them. We respected each other’s faith and believed in the same God. We knew that love was the force that made our arms encircle one another.

Heidi is begging for volunteers to come help with the ever-growing movement of humanity that requires more than her legal expertise. I remember my conversation with Omar about the same movement some years back. He understood why those people had left their homes. He could imagine what it felt like to travel very far only to be told, “You have to wait on that side of the river.” He had looked up at me and whispered, “There would be enough room for everyone if we would just make room in our hearts.” His heart had crystal clear vision.

I looked into those dark, cataract-damaged eyes and asked myself, “Which one of us is the missioner?”

Maryknoll Lay Missioner Susan Nagele is a family physician who in 2018 returned to the United States after 33 years of service in East Africa.

This reflection was selected as an “Honorable Mention” in the 2019 Story Contest of the Catholic Volunteer Network.