‘Miko, Miko!’ Lessons from a fire

A house fire, a graduation and loving your neighbors 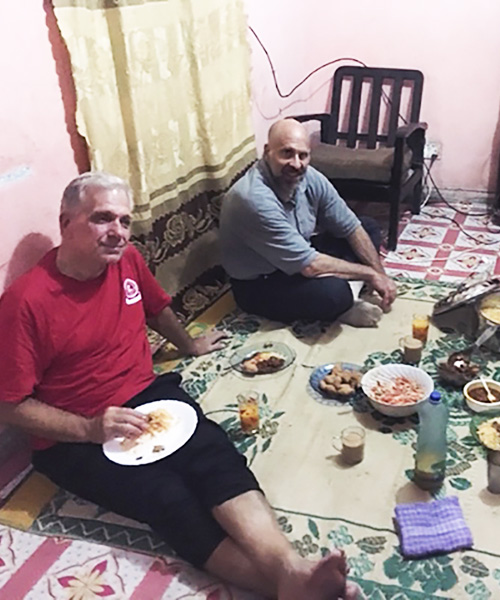 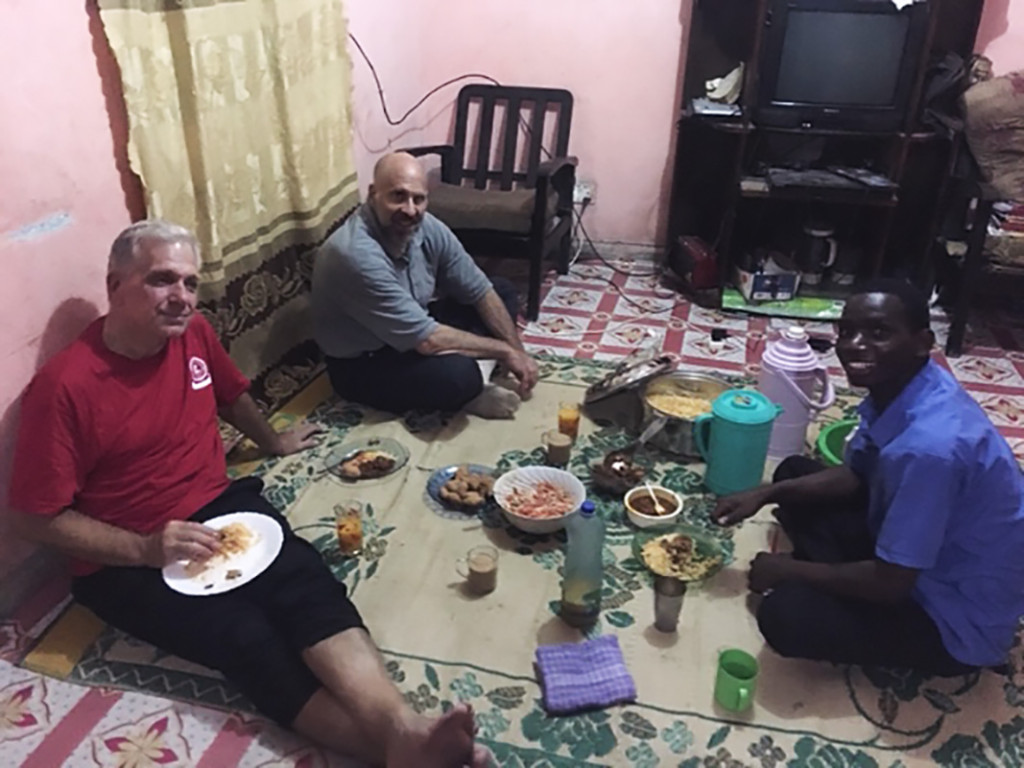 Friday, May 10, was graduation day for Marianist Technical Institute in Mombasa, Kenya, where I teach catering. The weeks leading up to that day were consumed with a variety of challenges on many fronts, and I had been pushed to my limits. I often asked myself what God was planning with me.

The night before the graduation, our new missioner, Rich, stayed over at my place so he could attend the ceremony, which was to be held at our second campus in Ukunda, located on the south coast. We needed to board the bus at 6 a.m.

We had finished dinner and were working on our laptops when the lights began to flicker until the power went off—again. Within an hour we heard Mwende, the guard, outside hollering as the transformer blew, shooting sparks into the sky. It was about 10 p.m. when I went to bed to read the daily scriptures on my phone and fell fast asleep, consumed with exhaustion.

Sometime before midnight I was woken up by Mwende frantically pounding his wooden baton against the metal security bars on my bedroom window, while shouting, “Miko, Miko, git out, git out!”

I was trying to collect myself from my deep sleep, when I could hear additional shouting from my young neighbor Rama, “Mr. Mike, Mr. Mike, come out, come out. I fumbled around half asleep, locating my flashlight, and made my way to Rich’s room, yelling, “Rich, get up, get up!”

I honestly thought we were under attack, perhaps by local gang members or by the terrorist group al-Shabab, which is active in Kenya. I located the keys to the padlocks that secure the steel doors as we made our way to the first door, where I could hear Rama’s brother Sule shouting, “Mike unlock the doors, unlock the doors.”

Once outside, I found my entrance gates wide open with about 15 neighbors standing in the pouring rain, holding machetes, steel pipes and the like. They were dripping wet from the downpour, moving about wearing only the shorts they sleep in.

My good friend, neighbor and village elder, Musa, was directing all those present as he pointed to the Mombasa archbishop’s second floor apartment, where an electrical fire had broken out.  Another neighbor, Rebmann, told us to go back in and grab any important documents like ID’s, passports and phone.

As I stood in the cold rain looking up at the fire, I was envisioning watching the entire house burn down.

Musa told me the emergency numbers to dial, but time and time again the calls failed. Once I finally got someone to answer, I was unable to hear due to the loudness of the pounding rain. I kept shouting into the phone that I could not hear until I made my way into the covered area leading to the locked stairwell of the bishop’s entrance. Once I could hear, I was asked where my location was. There are no addresses or street names here, and all I could respond was, “The bishop’s house.” The operator replied, “The bishop of who?” I got Musa on the phone and he shouted, “Bombolulu, near St. Martin’s Catholic Church.”

Everyone was frantically moving around in the downpour, trying to figure out what to do. Rama went to the main fuse box to shut it off but was knocked back with a bang as sparks spewed. Next the guard got a ladder that reached to the second floor. He was able to break a window open and use a water hose, but there was not enough water pressure to extinguish the fire.

We stood in the rain wondering and waiting for a response to our phone call. Soon, passing along the muddy narrow lane leading to my place, arrived a covered, four-wheel-drive, green military pick-up truck with four police officers. Made visible from the flickering light of the flashers, out of the truck they jumped, dressed in full military camouflage, armed with machine guns, scoping the area before they entered. 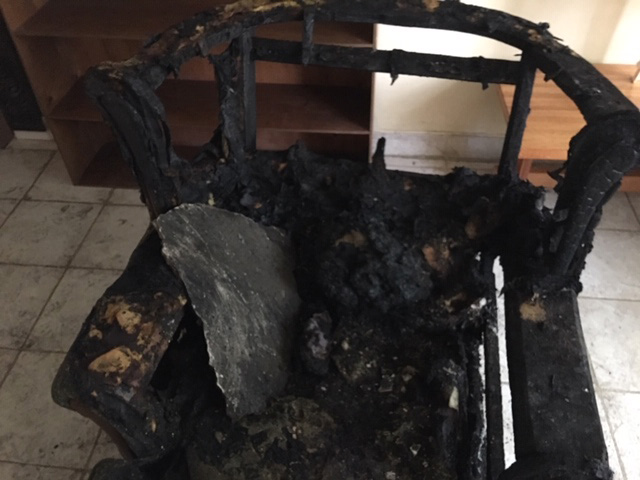 I unlocked the heavy metal gate allowing them access to the second floor. They marched up and proceeded to bust the bishop’s door in and extinguish the fire. The heavy black smoke and soot began rolling out. The odor was so strong that Rama and I could not remain due to our lung diseases, but 62-year-old Musa was in and out the entire time. This man is tireless and fearless.

Soon a firetruck arrived. It was the first real fire truck I have seen in Mombasa since I arrived here. The size of the truck would not allow them to access the property, but they walked in to assess the situation, opened all the second-floor windows and then departed.

By 1:45 a.m., everyone had left and inside we went. All the neighbors, dripping wet, returned to their homes.

I was not in any state to go back to bed, but I forced myself as my alarm was set for 4:50 a.m. to get up for graduation.

At the end of the next, long day of graduation—with a long list of mishaps and challenges along the way—Rama, Rich and I were walking toward our homes when Rama told us that his mother and sister had prepared a meal and were waiting for us at his house.

It was Ramadan, and they had prepared for us traditional Ramadan foods consisting of Biryani (one of my favorites), freshly blended mango juice, colored rice (like confetti), mixed salad, pili-pili (hot pepper sauce) and mitai ( diamond shaped pastries glazed with sugar).

Rama, Rich and I sat on a traditional mat rolled onto the floor. Rama served us and poured water onto our hands over a plastic basin. Then we began to eat using only our right hands.

Musa came and sat in his cushioned chair as we talked and laughed about the fire episode the previous night. He began to tell us what had transpired from the very beginning. He explained that the guard could not awaken us at first, so he called my neighbors Gladys and Rebman, who in turn called Musa. Musa had been told that I was under attack by neighborhood thugs, so he called together his troops to save me, which was why they were all carrying the weapons.

In retrospect, what strikes me is that I was never filled with anxiety. I felt safe in the protective hands of my neighbors. I had witnessed those who have nothing put their lives in danger for me. The level of love that they expressed is without doubt that of Jesus living in the people here with me.

I can only be thankful to God for all that has taken place. And I am beginning to grasp that the humility that I am gaining through the love and protection of my neighbors may be God’s work unveiling God’s purpose and plan for me.