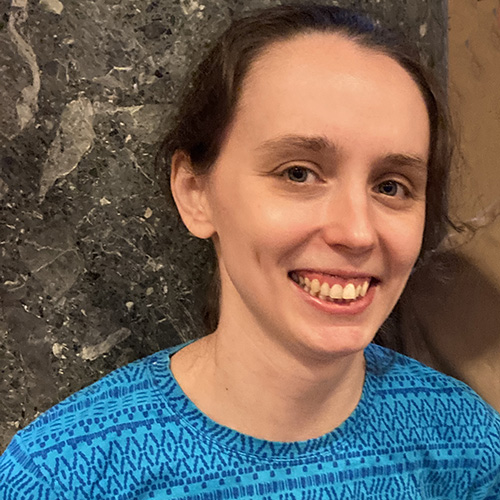 Goal of Ministry: To equip children who are living with disabilities on all levels to be accepted and valued as members of their communities and society

The main idea which has stuck with me from our Orientation has been  “accompaniment” or “ministry of presence.” I mostly spent my first few months at St. Justin’s simply being present to the children, letting them lead the interaction. The most important thing to me is that the children feel seen and valued. There are some kids who are totally nonverbal, and I still make sure to greet and interact with them in a way that is receptive to them.

We also coordinate fun and educational activities with the children once a week on Thursday afternoons. My main goal with this has been to give the kids a space to just be kids. Between chores and school, children here have few opportunities to simply play. I have taught them simple games such as charades and spoons. I try to introduce them to games and activities that use the brain but in a fun way.

I have recently started tutoring the Grade 5 and 6 kids in English. Deaf students in particular can fall far behind in school, in part due to the language barrier between English and Tanzanian Sign Language (which is based on Swahili). I want to help the students keep up with their peers, and also gain skills to teach themselves from written materials.

The final aspect of my ministry is capacity building with the staff. As most Tanzanians grew up without access to computers, even in school, most of the staff lack basic and essential computer skills. I’m working with them in programs such as Microsoft Office and typing so that they will be better able to use these tools to organize their work and plan ahead.

As I get to know the program better, I also hope to help St. Justin’s with fundraising and advocacy.

I grew up in a church and family environment that valued service and appreciation of other cultures. I had an aunt who was in the Peace Corps, and I always wanted to do that or something similar. When I was in college at Whitworth University, I signed up for a semester study abroad program in Tanzania. After that experience I knew I wanted to do long-term service abroad.

When I came across Maryknoll Lay Missioners, I was impressed by their charism and the work they were doing all around the world. I was originally accepted for the class of 2019 but ended up deferring until 2021. I have family members and friends with disabilities, so I was drawn to the work at St. Justin’s and its goal of providing access to education and other life skills for children with disabilities.