We must be the hands of God that seek justice for every one of God’s beloved. 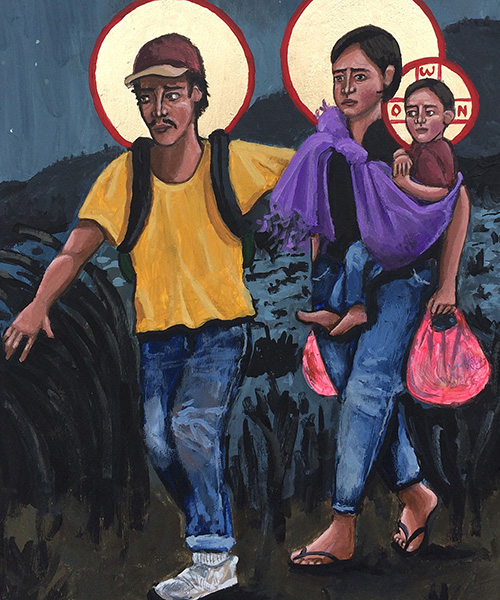 TAGS:Heidi CernekarefugeesU.S.-Mexico border
Maryknoll Lay Missioner Heidi Cerneka in El Paso, Texas, reflects on Luke 11:1-13 (the Gospel reading for July 28) and the call to respond to our neighbors in need. 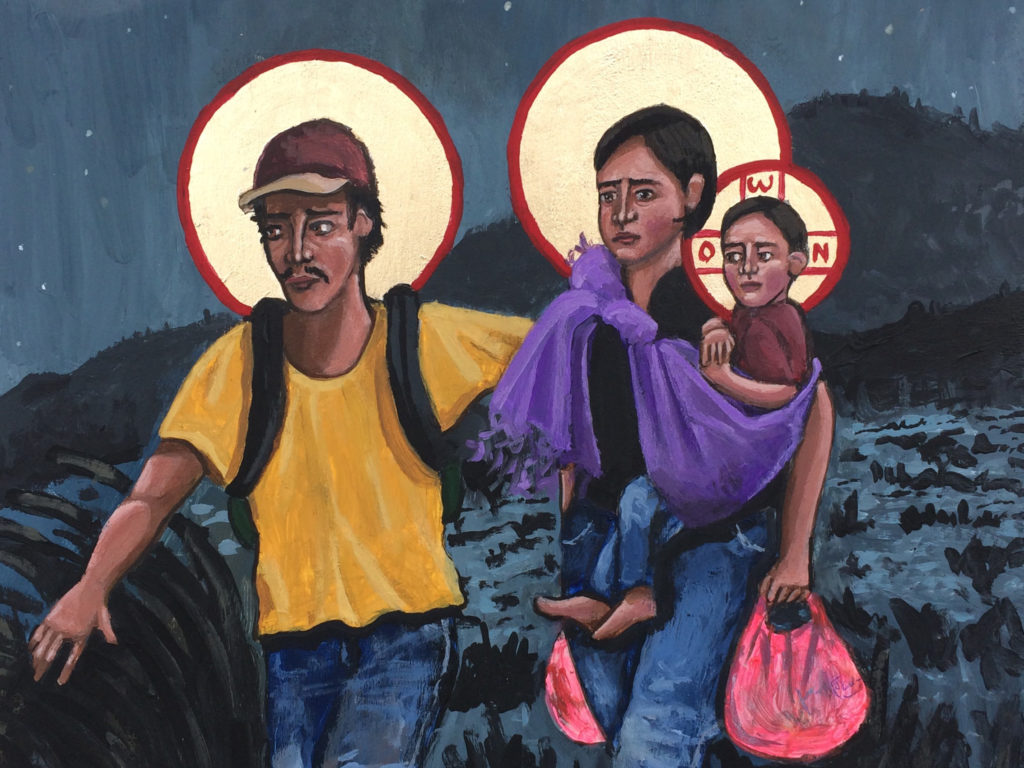 What parent among us will give our child a snake when she asks for a fish? Or hand him a scorpion when he asks for an egg?

We are called today by these scripture readings, by the Gospel, by Pope Francis, by Bishop Mark Seitz of El Paso, and by our own communities to wake up in the night, get out of our comfortable beds and give our neighbor the bread she asks for.

We are called to hear the knock at our door and respond.

It is not an easy call. Sometimes we do not know if we have enough bread for tomorrow, for our home and family but we are also reminded in the Gospel that we turn to God to trust that we will have our daily bread. Jesus says clearly, “ask and you shall receive. Knock and it will be opened to you.”

Oscar Alberto Martinez Ramirez and his 23-month old daughter Valeria knocked at the door and asked for asylum. They were turned back to Mexico in a dangerous U.S. policy that is allowing the government to reject asylum seekers and leave them homeless and penniless in Juarez, Mexico for months if not years, waiting to act upon their legal right to seek asylum in the U.S.. When the U.S. government refused to allow them to seek asylum in the U.S. and told them to wait in Mexico, they likely faced threats, violence, hunger and despair. And so, denied the right to ask for asylum at a legal port of entry, they crossed the Rio Grande to reach U.S. soil and ask for asylum. International law states that if a person is seeking asylum, the manner that they entered the receiving country should not be held against them in their asylum case. On June 24, the father and daughter drowned in the Rio Grande as they were crossing from Mexico into Texas near Brownsville. The photo of their bodies in the river went viral.

In another statement at Christmas time last year, Bishop Seitz also reminded us of the reality that leads so many people to knock at the door, to ask for safety, to exercise their right to seek asylum in the United States:

Families from Central America are fleeing to our country because it presents the only hope to escape the endemic violence and hunger they are facing.  Who among us if faced with similar circumstances would not do the same for our family?  But instead of helping to improve the situation in their home country, a situation which our nation has contributed to in many ways, especially by our affection for illegal drugs, we mistreat those who seek refuge here so badly that it is hoped others will not come.  The truth is they are running for their lives.  They will take whatever risks necessary.  Meanwhile we who are citizens of this most wealthy nation in the world are going to have to deal with the consequences of our hardened hearts.  Clearly this Christmas the newborn Savior will find no room.

Living in El Paso, at a crossroads of the United States and Mexico, is excruciating.

I hear, see and feel the suffering of people who flee for their lives, who flee to protect their children’s lives, and have a door slammed shut in their faces. As an immigration attorney, I meet people who pour out stories of torture, police violence, government threats and extortion, and people who talk about the dangers of waiting in Juarez to present their cases. Then my heart breaks again and again each time I hear that a government authority decided that they are not in danger, they do not “deserve” asylum, they are not our problem.

Humanity is resilient, though, and people continue to hope against all odds. Solidarity and faith-based actions for justice inspire people to protect God among us by putting water in the desert and sheltering the homeless. Thousands of volunteers give time and love, countless others pray for justice and love, and only God knows how many contribute money to support organizations that fight for justice and organizations that shelter and feed the migrants. We don’t give up. Our job is to open the door, to welcome the stranger, to give our child a fish and not a snake. We believe in hope and in justice.

God hears the clamor of injustice and turns to Sodom and Gomorrah. At the same time, God listens to Abraham’s question, and agrees that 10 people acting justly can save the 1000. It does not mean we can sit back as part of the 990 and trust that ten people are worthy of saving, or that we can assume we are one of the 10. But it gives us hope that when the cries of sin and evil are overwhelming, that hope is not lost.

When Pope Francis addressed the United States Congress in September 2015, he called us to be attentive to the Gospel, to hear the cry of our neighbors, and to open our door in the night to our neighbor asking for bread. He said,

Our world is facing a refugee crisis of a magnitude not seen since the Second World War. This presents us with great challenges and many hard decisions. On this continent too, thousands of persons are led to travel north in search of a better life for themselves and for their loved ones, in search of greater opportunities. Is this not what we want for our own children? We must not be taken aback by their numbers, but rather view them as persons, seeing their faces and listening to their stories, trying to respond as best we can to their situation. To respond in a way which is always humane, just and fraternal. We need to avoid a common temptation nowadays: to discard whatever proves troublesome. Let us remember the Golden Rule: “Do unto others as you would have them do unto you.”

We are people of faith. We must do what is right for our sisters and brothers, for our neighbors, and not just protect our own households, and we must trust in the God that guides us. We must trust that God will give us each day our daily bread, that if we knock, God will be there to open, and we must be the hands of God that give bread, open the door even when it is in the middle of the night and we are warm in our beds, and that seek justice for every one of God’s beloved people.

Published by the Maryknoll Office for Global Concerns.