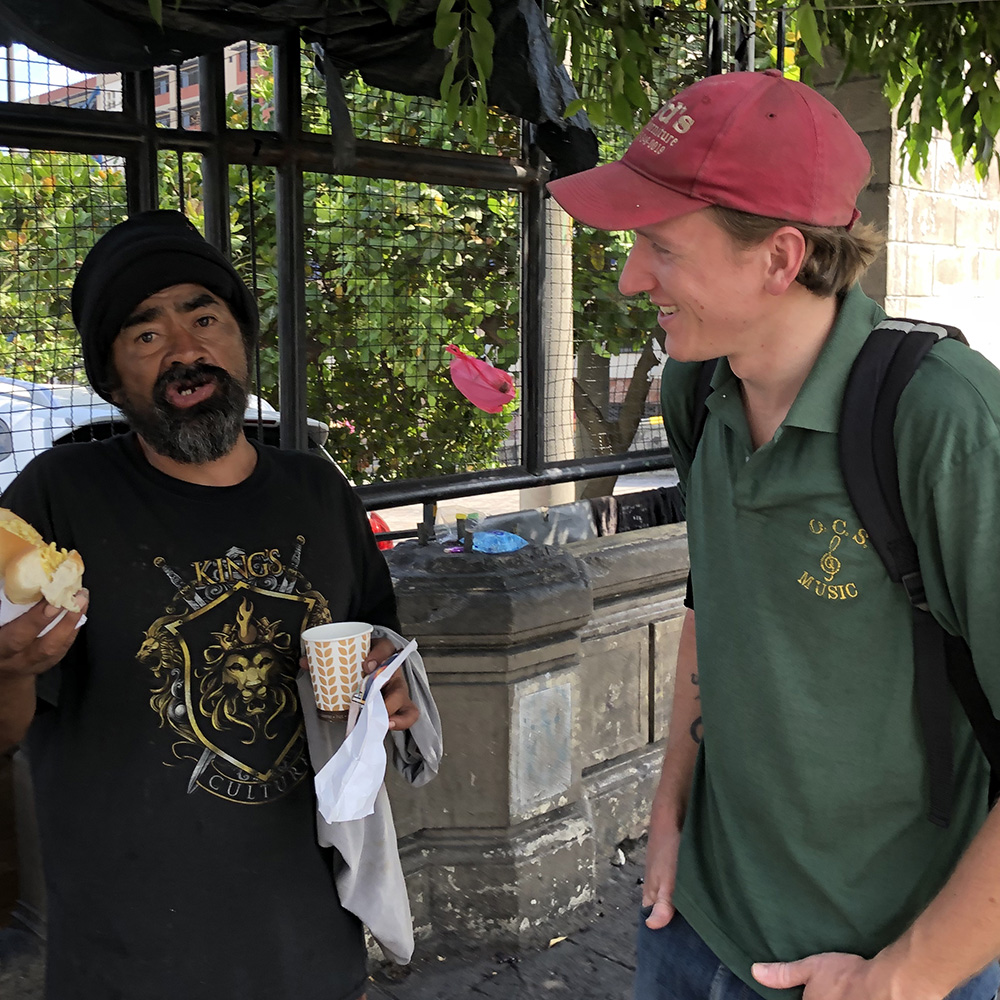 Establish a House of Hospitality with the capability of offering food, shelter, and spiritual guidance to any person who comes there, build a core community of long term residents within the house, and support other institutions in the neighborhood that also serve the homeless. The goals of the school garden are to teach children how to care for the environment, grow vegetables without the use of synthetic fertilizers, and provide improved nutrition for their lunches.

Since August of 2018, Tim has helped establish a Catholic Worker house of hospitality in the barrio San Miguelito, which is situated close to the city center. There are currently four full-time residents, with the capacity to house at least six more. Eventually the house should be able to accommodate up to four additional part-time residents who could stay the night. This involves outreach to the homeless population of the neighborhood, including an early morning bread and coffee route, and volunteering at a free cafeteria for elderly homeless.

In addition to the Catholic Worker house, Tim helps to maintain a garden in the parochial school of the small rural town of Candelaria to illustrate the viability of sustainable agriculture techniques as opposed to the exclusive use of agro-chemicals. The school’s students participate and benefit from the hands-on learning and working in the garden. The harvest is immediately put to use in preparing a nutritious midday snack for the school’s students.

Tim is from Lake Orion, Michigan. He has a bachelor of science in agriculture from the University of Missouri, Columbia. During school he was active in the St. Thomas More Newman Center, where he served on the board of the Catholic Student Association as the Social Justice Director in 2012, and accompanied a delegation to El Salvador that established a sister relationship between the Columbia Newman Center and a parish in El Puerto de La Libertad. Intrigued by that experience, Tim sought out a way to return to El Salvador after finishing his studies, and he was referred to Maryknoll Lay Missioners.

Tim commented, “I feel close to God when I am with the homeless, who like the Son of Man, have nowhere to lay their head.”