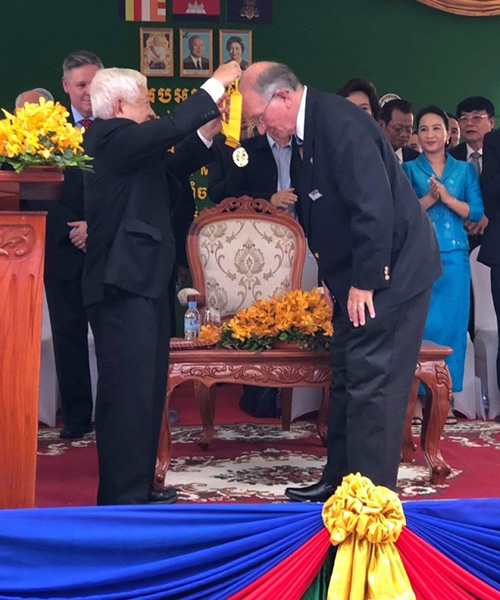 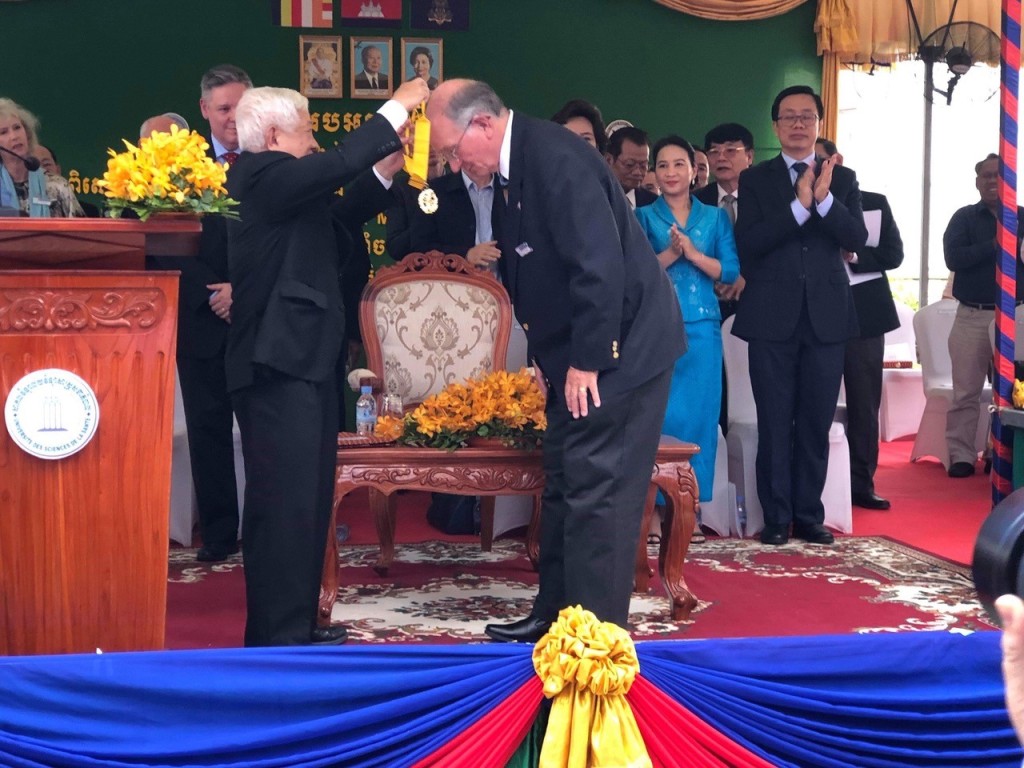 Jim McLaughlin receives the medal from the Secretary of State for the Ministry of Health in Cambodia.

On Nov. 16, Jim McLaughlin (class of 2003), a returned Maryknoll lay missioner who served in Cambodia, received a medal from the Government of Cambodia for creating the bacteriological media lab to provide agar plates for provincial hospital labs and for helping to improve the health care of the Cambodian people. Agar plates are Petri dishes that contain jelly-like substances that are used to culture microorganisms.

“Roberta and I left our careers because we’d had many privileges, great families, a good education, world travels, and we wanted to give something back while we still had our health,” Jim told Microbe magazine in 2012, referring to his wife and their decision to become lay missioners in 2003. Deeply concerned about social justice, they first served as mentors to 50 street boys in Cochabamba, Bolivia, before they moved to Cambodia.

In the 2012 article, Jim recalls that he fırst learned about–and protested against–U.S. forces bombing Cambodia in the spring of 1970 while a graduate student at Tulane University School of Medicine. “From 1965 to 1973 during the Vietnam War, the United States dropped more bombs on neighboring but neutral Cambodia than were dropped on Germany and Japan during World War II. This bombing contributed to the fall of the Lon Nol government in Cambodia and the takeover in 1975 by the Pol Pot-led Khmer Rouge. Under the Khmer Rouge regime, educated and skilled Cambodians were executed or removed to rural work camps, where many died from hunger or disease.”

While studying the Khmer language, Jim realized that he was one of only two Ph.D. clinical microbiologists in the country. He then decided that, rather than working with street children, he should once again use his expertise in diagnostic microbiology. He began working as the liaison of the Centers for Disease 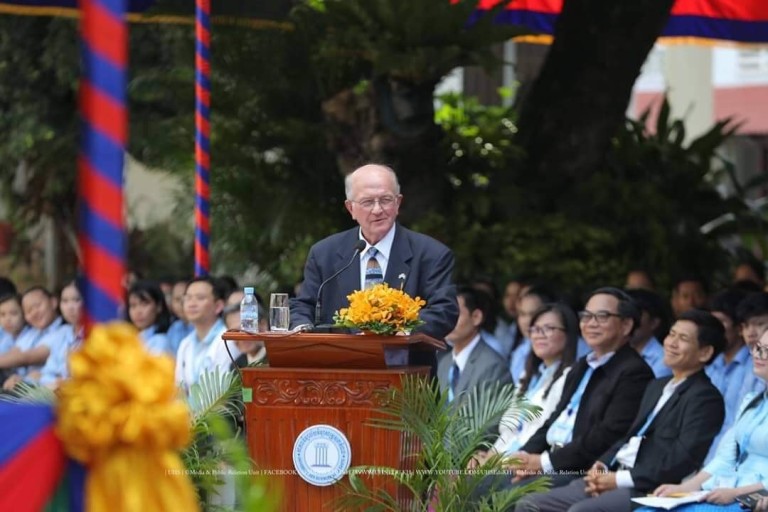 Jim’s work has contributed to the treatment of bacterial infections and of sexual transmission of diseases and to the implementation of standard operating procedures for labs. He also helped to create research projects to generate resources for the labs. He collaborated in the review of the national tuberculosis program and in the training of microbiologists.

Jim and Roberta are currently retired in San Francisco, but they continue to be involved in mission and social-justice issues. Jim continues to work with DMDP and to travel to Cambodia with other microbiologists.