Returned missioner continues his commitment to mission and global justice 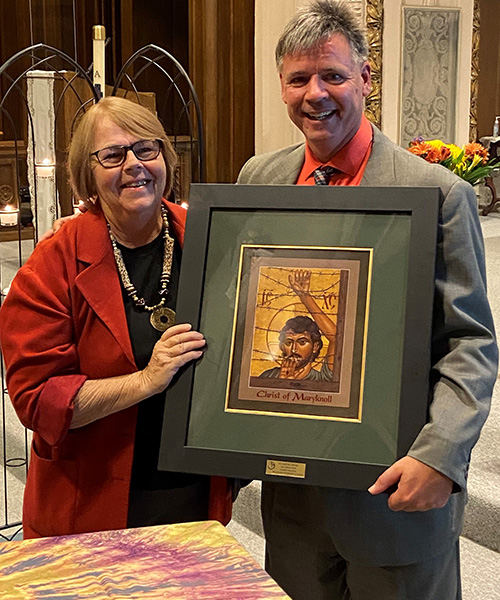 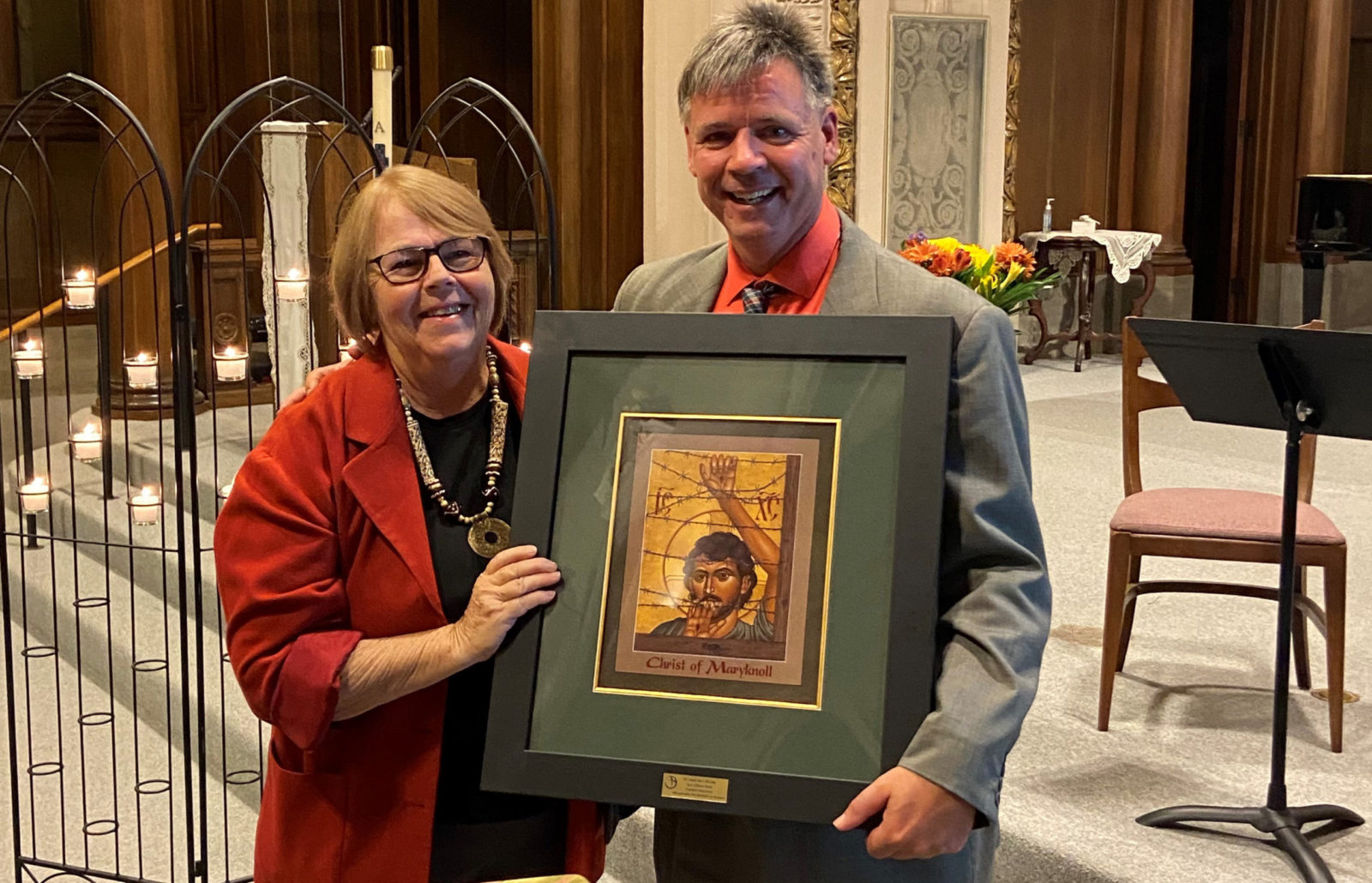 Marty Roers, a returned Maryknoll lay missioner who over the past 18 years has been a leader in global justice advocacy and mission education, is the 2021 recipient of the Bishop John E. McCarthy Spirit of Mission Award. Maryknoll Lay Missioners presented Roers with the award in the chapel of the Sisters of St. Joseph of Carondelet in St. Paul, Minnesota, during the lay missioners’ World Mission Sunday celebration on October 24. The award is conferred annually for continued service after missioners have returned to the United States. 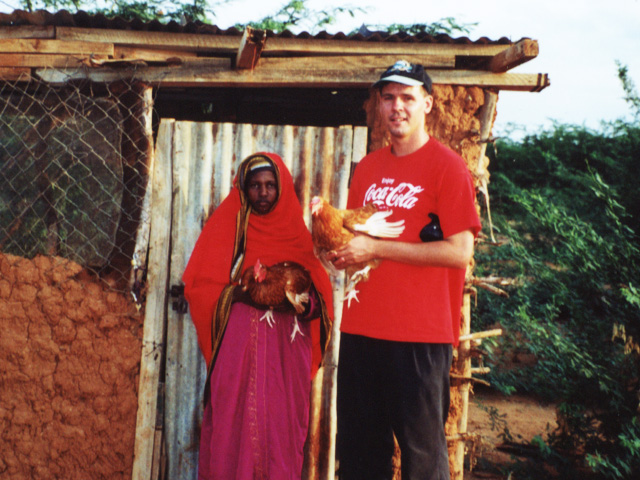 Marty with Fatima in the mixed-tribal community of Bura Tana, Kenya. Marty helped Fatima with her chicken and egg business, which eventually allowed her to buy a sewing machine to increase her earnings.

As a Maryknoll lay missioner, Marty served from 1995 until 2003 in education, community organizing and development in Kenya and southern Sudan. Since his return to the United States, he has worked in mission education, campus ministry, justice advocacy (especially with migrant and refugee concerns) and parish social justice leadership development in California and Minnesota. He is currently the co-director of the Justice Office of the Sisters of St. Joseph of Carondelet, St. Paul Province, in Minnesota.

Marty joined Maryknoll Lay Missioners in 1995. After orientation at Maryknoll and Swahili language training in Tanzania, he was assigned to the remote desert area of Bura Tana, Kenya. Marty worked with former Maryknoll Brother Mark Huntington in this highly insecure and deeply impoverished area, where a large-scale irrigation project by the Kenyan government and the World Bank had failed. Three quarters or more of the children from this mixed-tribal community were malnourished. His ministry was in education — catechetical work as well as community organizing and entrepreneur self-help projects.

In 2000 Marty moved to southern Sudan, where he worked closely with lay missioner Dr. Susan Nagele, the Kiltegan Fathers and the Maryknoll Sisters. His ministry there, during a time of civil war, focused on catechetical education with children and community development.

“It was wonderful to work with Marty in Sudan for three years,” says Susan. “His ability to tell the Gospel stories to people in Toposaland in ways that local people could understand was extraordinary. He had the qualities of a good shepherd, which was so meaningful in this semi-nomadic community. I am sure that they continue to remember him for how he lived his life among them.”

After returning to the U.S. in 2003, Marty worked in the mission office of the Diocese of St. Cloud, Minnesota. He earned a master of divinity degree from the University of Notre Dame and for four years was social justice coordinator in campus ministry for Loyola Marymount University in Los Angeles. During that time, he engaged hundreds of students in direct service programs and cross-cultural immersion experiences — most particularly, monthly service immersion trips to Tijuana, Mexico, which engaged almost 1,000 total participants over his four years with the program. 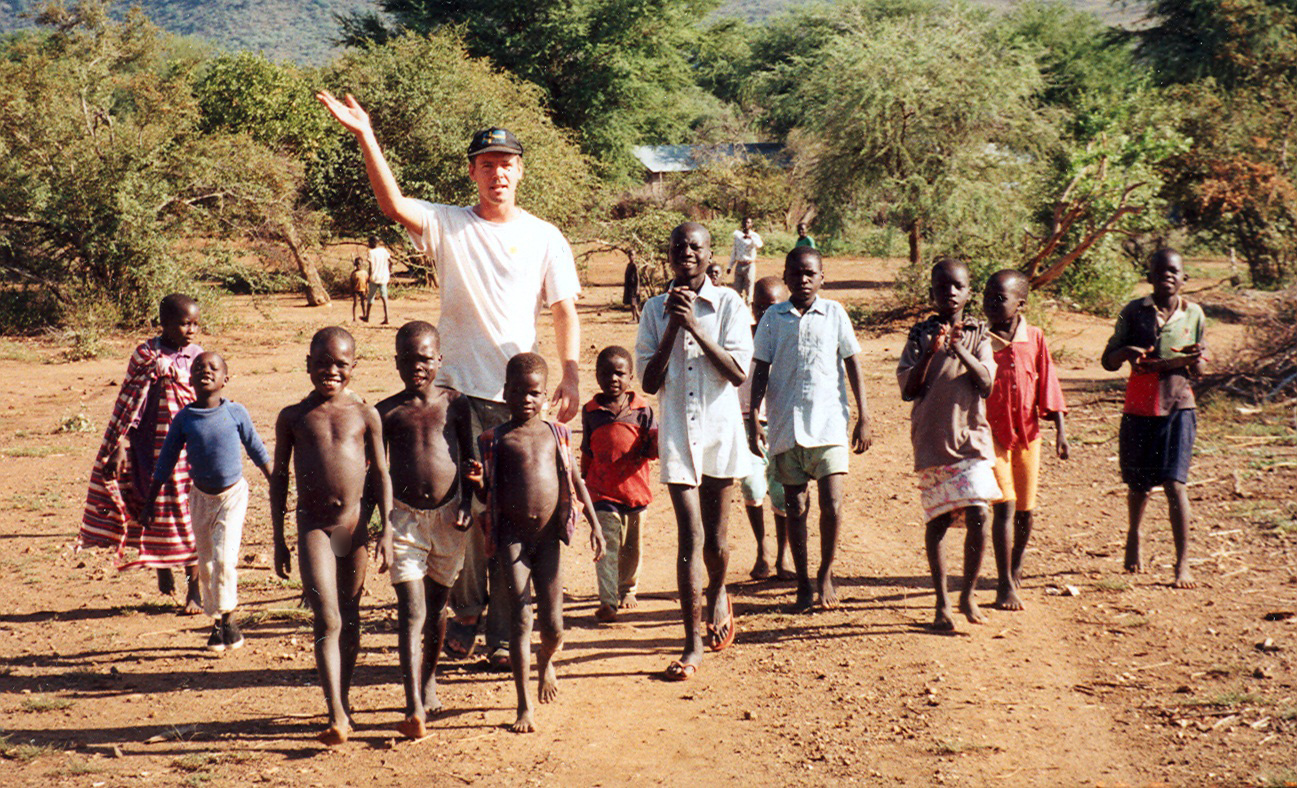 Before coming to the Sisters of St. Joseph of Carondelet in 2016, he served as the parish and community education, engagement and leadership manager at the Office for Social Justice of Catholic Charities of the Archdiocese of St. Paul and Minneapolis. He focused on social justice education, grassroots leadership development, and direct advocacy work.

In his current job, Marty works with Sisters of St. Joseph communities actively engaged in their Justice Commission and their 10 working groups. Their justice initiatives include the areas of immigration, confronting whiteness and racism, criminal justice reform and Native American Awareness, to just name a few.

Over the past few years, Marty has volunteered with local parishes in welcoming refugees in their communities. Recently one of the parishes welcomed and accompanied a Congolese/Burundi refugee with four children. Marty with other parishioners welcomed the family into their new home. They were surprised and delighted that Marty could communicate with them in Swahili, which he had learned during his time in Africa. They have continued to companion this family throughout the pandemic for well over two years.

Marty has continued to remain actively involved with Maryknoll Lay Missioners and has led Friends Across Borders immersion trips to East Africa that received rave reviews from participants. He continues to maintain relationships with friends internationally and supports archdiocesan parish partnership relationships through their Center for Mission.

Marty says that his experiences with Maryknoll Lay Missioners in Central America, Kenya and southern Sudan cemented his motivation to work for justice for his global brothers and sisters through healing love. He still remembers what he wrote in his application to Maryknoll Lay Missioners about the question “Why mission?”: “I want to love, be love and share love.” And he strives to live this mission commitment still today. 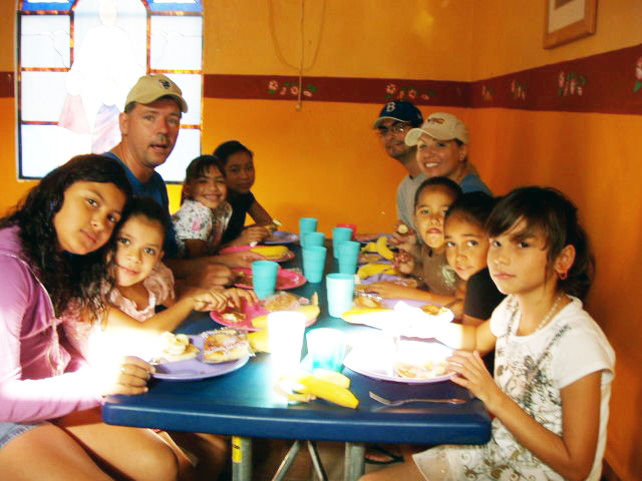 With Loyola Marymount students and children during a “De Colores” mission immersion trip to Tijuana.

Maryknoll Lay Missioners’ director of missions, Marj Humphrey, says she has been “so very blessed to know Marty since he arrived in East Africa in 1995. During his years in Kenya and southern Sudan, Marty never stopped responding to the needs he saw in front of him, the injustices he saw around him, the challenges of culture, language, violence, lack of infrastructure. He always found ways to ‘be there’ whenever needed. Marty was never one to ask for creature comforts or complain about doing whatever needed to be done.”

Marj adds, “It is one thing to work for justice in a part of the world where the wounds and the hardships of peoples’ lives are so raw and glaring. But it is another to return to the U.S., where many of these same challenges are covered up, hidden, ignored and justified and to continue steadfast with the same commitment and faith-filled response.

“Marty has constantly been seeking and crying out for justice, but always with love at the center. That is why we have chosen him to receive this award. He deeply continues the spirit of mission wherever he is. For Marty, our ‘collective work of mission,’ as he calls it, has never ceased.”

The award, now in its third year, is named after the late Bishop John E. McCarthy of Austin, Texas. Known for his social justice and advocacy work, he was dedicated to promoting the role of laity in the church and Catholic Social Teaching. An indefatigable promoter of mission and an ardent supporter of Maryknoll Lay Missioners, Bishop McCarthy also was a strong advocate for the rights and dignity of migrants and refugees.

You can view a recording of the World Mission Sunday celebration and the Bishop McCarthy Award presentation here: 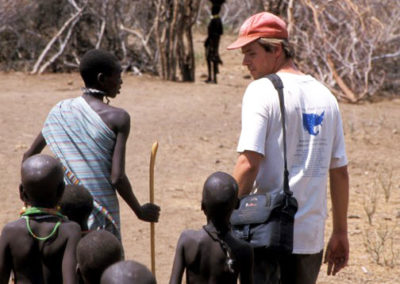 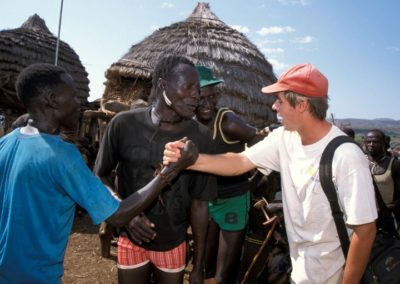 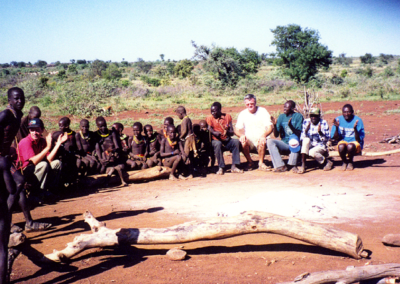 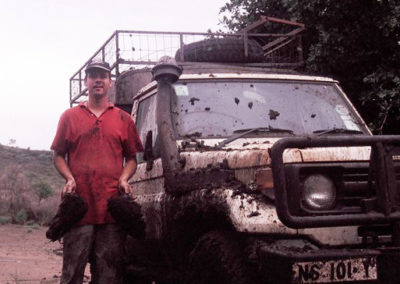 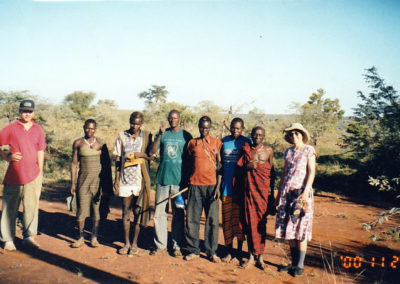 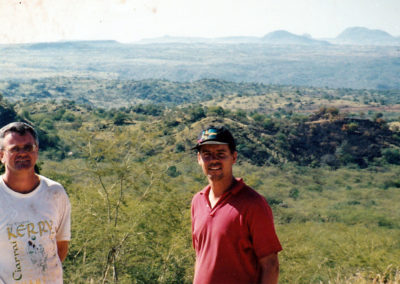 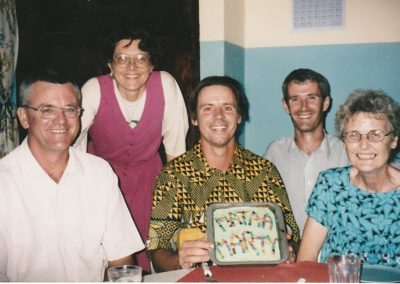 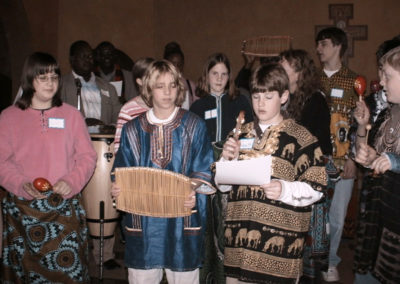 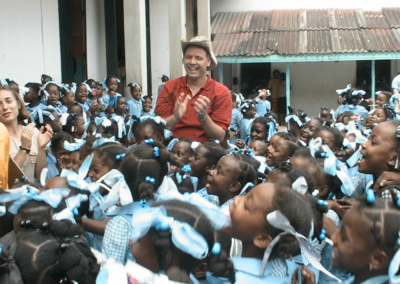 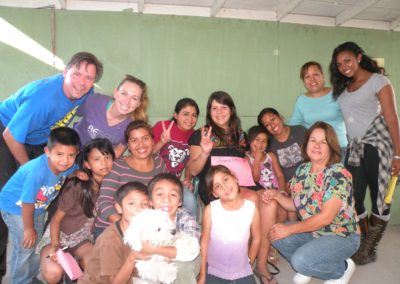 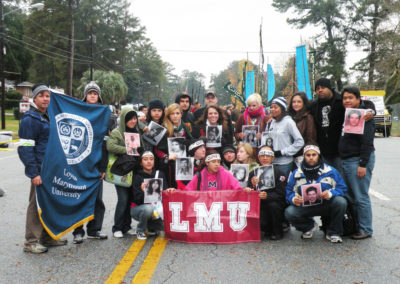 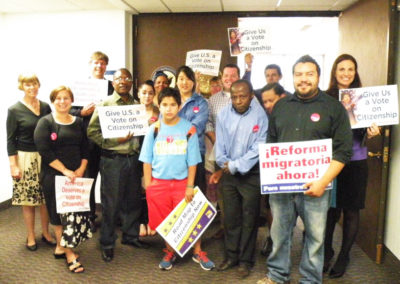 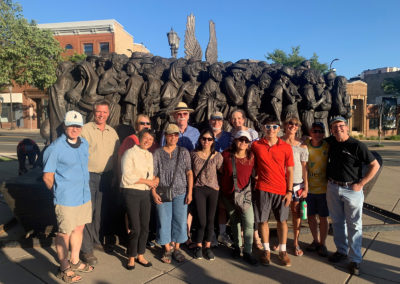 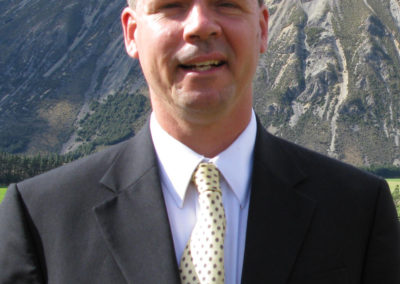 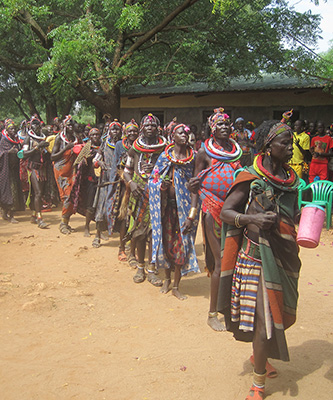