Cathy Rowan (Class of 1987) works with Maryknoll Sisters and other groups to bring justice through shareholder advocacy. 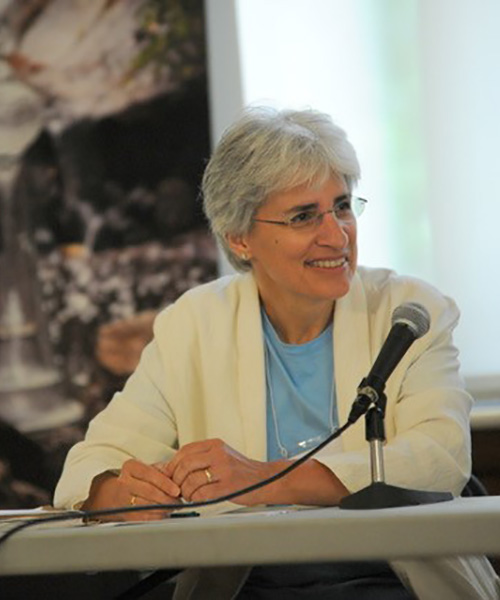 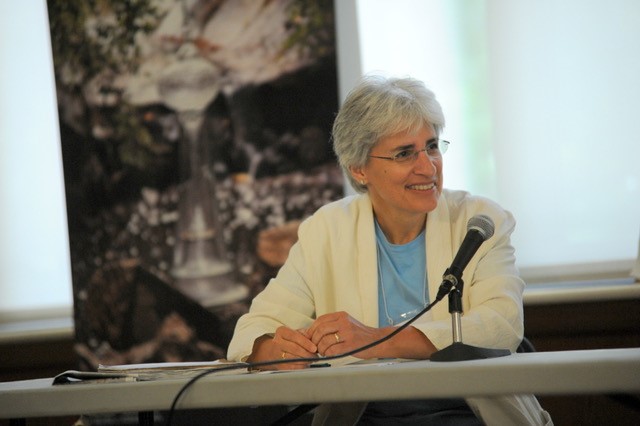 When Tom, Dan, Phil and I returned from São Paulo in 1994, the Maryknoll Sisters offered me the opportunity to work in their Office for Social Concerns. The work of this one-person office consisted of representing the Maryknoll Sisters as an NGO at the United Nations. It also included working with various faith-based advocacy organizations based in New York and Washington that focused on the countries and regions of the world where Maryknoll Sisters live and work, and collaborating with the Maryknoll Society’s Office of Justice and Peace.

In addition, the office represented the Congregation at the Tri-State (Connecticut, New Jersey & New York) Coalition for Responsible Investment (Tri-CRI) and assisting in the formation of the Maryknoll Office for Global Concerns. In 1997 I moved on to work in the lay missioners’ fundraising efforts and was able to continue representing the Sisters at Tri-CRI and doing shareholder advocacy on their behalf.

I fell in love with shareholder advocacy work and have been blessed to continue to work for the Sisters on a part-time basis, and to find work, once we left Maryknoll Lay Missioners at the end of 2002, in shareholder advocacy with Trinity Health, a Catholic health-care system based in Michigan, with hospitals in 22 states.

Shareholder advocacy encompasses a variety of strategies investors use to engage with companies about environmental, social and corporate governance issues. These strategies include meetings between investors and company representatives to discuss key concerns around the impact of company practices on people and the planet. Also, filing a shareholder resolution, which is a proposal that all shareholders have an opportunity to vote on at the company’s Annual General Meeting and serves to bring more attention to the issue within the company and its Board of Directors, while raising awareness among the investor community. The proposals then can appear on the ballots of companies’ annual proxy statements.

Faith-based investors, such as the Maryknoll Sisters and the Maryknoll Fathers and Brothers, have a long history of using shareholder advocacy to bring attention to important corporate accountability issues to prompt companies to take action and contribute to positive outcomes for society. The struggle to end apartheid in South Africa was a galvanizing moment for faith communities as they took action against companies in their own institutions’ investment portfolios that profited from the apartheid system.

In 1971, the Episcopal Church filed the first religious-sponsored shareholder resolution with General Motors, requesting that the company withdraw its operations until apartheid was abolished. Other faith organizations soon joined the campaign and organized themselves as the ad hoc Inter-Faith Committee on Social Responsibility in Investment, which later became the Interfaith Center on Corporate Responsibility (ICCR).

The two coalitions in which I participate on behalf of Trinity Health and the Maryknoll Sisters have become community for me over the last 26-plus years. ICCR, which will celebrate its 50th anniversary in 2022, consists of around 300 member organizations comprising faith communities, socially responsible asset managers, unions, foundations, NGOs and other socially responsible investors who believe that shareholder engagement with corporations can be a powerful catalyst for change. Trinity Health is an ICCR member, as are the Maryknoll Fathers and Brothers. 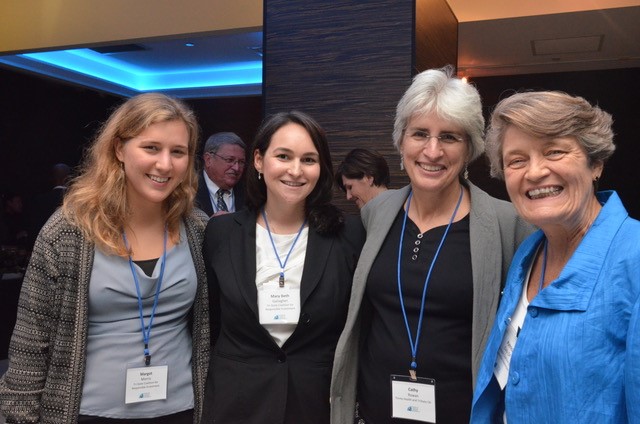 Tri-CRI in 2019 became Investor Advocates for Social Justice (IASJ), representing investors such as the Maryknoll Sisters, who see the mission of their investment portfolio to work advance human rights, climate justice, racial equity, and the common good. IASJ is a member of ICCR, too.

Corporate accountability in the midst of the COVID-19 pandemic has been my key focus these last 12 months. I am active in ICCR’s Health Equity Group, engaging COVID-19 vaccine and therapeutics manufacturers on how their receipt of public financial support for development and manufacture of vaccines and/or therapeutics for COVID-19 is being, or will be, taken into account when making decisions that affect access to such products, such as setting prices. We want to ensure that any medical breakthroughs derived from the public’s contribution will be priced in an accessible way so that communities of all income levels will benefit equally. The sharing of intellectual property rights (patents) and technological know-how should be a core strategy to increase overall supply, help reduce price and ensure universal access.

Trinity Health filed shareholder resolutions at Pfizer, Johnson & Johnson and Merck. The resolutions call for greater transparency so that there is a means by which stakeholders can hold the companies accountable to public health. We want to understand the extent to which any profits derived from the public investment will be reinvested to further the critical scientific agenda versus, for example, CEO bonuses or stock buybacks, which don’t advance the public health goals these public investments are intended to facilitate.

Shareholders of these three companies will vote on these resolutions at the companies’ annual meetings in late April/early May, which in the pandemic are virtual only.

Since I started representing the Sisters, shareholder advocacy aimed at the largest U.S. banks has been a constant. At the heart of these engagements has been the social purpose of economic activity and the needed fairness of the financial system that serves as its foundation. We have questioned the banks about the human rights impacts of their lending practices, such as sub-prime predatory lending practices or the lack of strong anti-money laundering policies in international banking, as well as the lack of scrutiny of risky financial products such as credit default swaps that led to the 2007-2008 financial crisis.

In recent times, there have been efforts to end bank financing of the Dakota Access Pipeline, and pressing the banks to look at their role in promoting and not inhibiting a low-carbon economy.

Thirty-three global banks have provided the fossil fuel industry with $1.9 trillion in financing since the Paris Climate Agreement was signed. Banks must shift their lending quickly from supporting a fossil fuel economy to enabling one based on clean and sustainable energy, transport, agriculture, and manufacturing systems.

Bank lending determines not only which projects move forward and which don’t, but because banks are uniquely able to create money and credit, they wield an influence over companies and projects that few other entities can approach. Bank lending can heavily influence how energy, agriculture and manufacturing markets affect climate.

Last fall, the Sisters co-filed a shareholder resolution asking JP Morgan Chase to measure, disclose and reduce the greenhouse gas emissions that they finance, in alignment with the Paris Climate Agreement goal of staying below a rise of 1.5˚ Celsius. This action led to a meeting with Chase representatives and an agreement whereby in 2021 Chase will assess and publicly disclose the greenhouse gas emissions attributable to its financing activities for the oil and gas, electric power, and automotive manufacturing sectors, and report annually on the decarbonization of its portfolio. We will watch how this commitment will be implemented. It’s a beginning.

It is a blessing to be part of a work for economic and environmental justice that is interfaith, collaborative and global, and that has generated many friendships over these last 26 years.

Cathy RowanCathy Rowan is a returned Maryknoll lay missioner (Class of 1987, Brazil and U.S. East) and the director of socially responsible investments for Trinity Health. She also consults on corporate social responsibility issues for the Maryknoll Sisters and Investor Advocates for Social Justice.