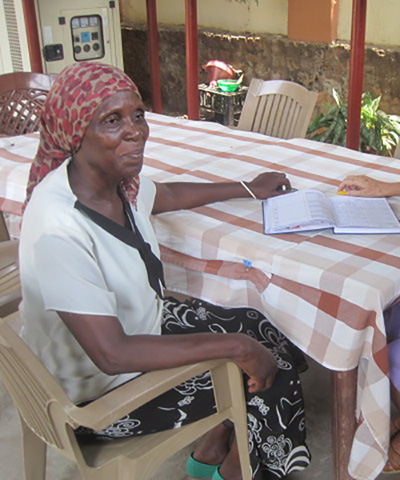 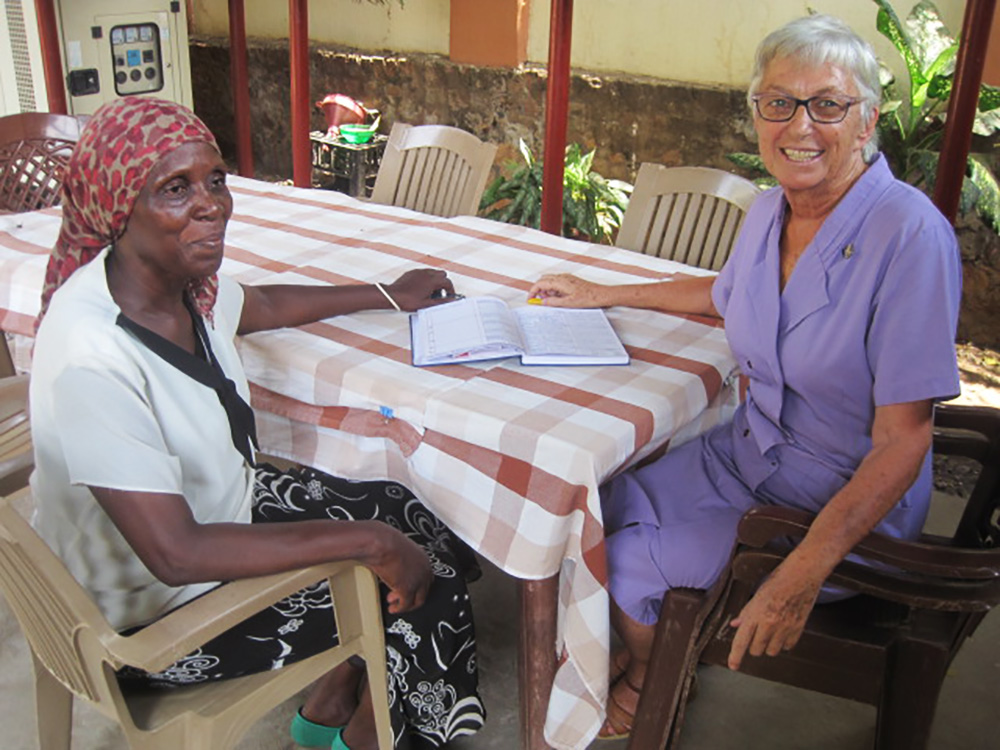 I met Constance Langoya when I moved to Juba. Constance was born and raised in East Uganda. She is the third of 11 siblings. Six of her siblings have passed away due to many reasons. Constance then “picks up” the care of her nieces and nephews. Currently she has helped over 20 children of her deceased brothers and sisters. This is in addition to her own four children, whom she has raised under difficult circumstances.

Through hard work and determination, Constance earned a degree in social work and administration in Uganda. She married a South Sudanese and has lived in Juba for about 10 years now. She has been trying to get citizenship, but the process is so difficult. She had everything finished according to the law, and then the officials changed the policy and she had to start all over.

Constance met School Sister of Notre Dame Barbara Paleczny, one of the first Solidarity with South Sudan members, in her local church. Over time they built a relationship, and now Constance manages four different women’s groups and facilitates many trauma healing workshops and other programs. Two of these women’s groups are located in the Protection of Civilian (POC) camps for internally displaced persons; movement in and out of these camps under UN supervision are restricted for security reasons. 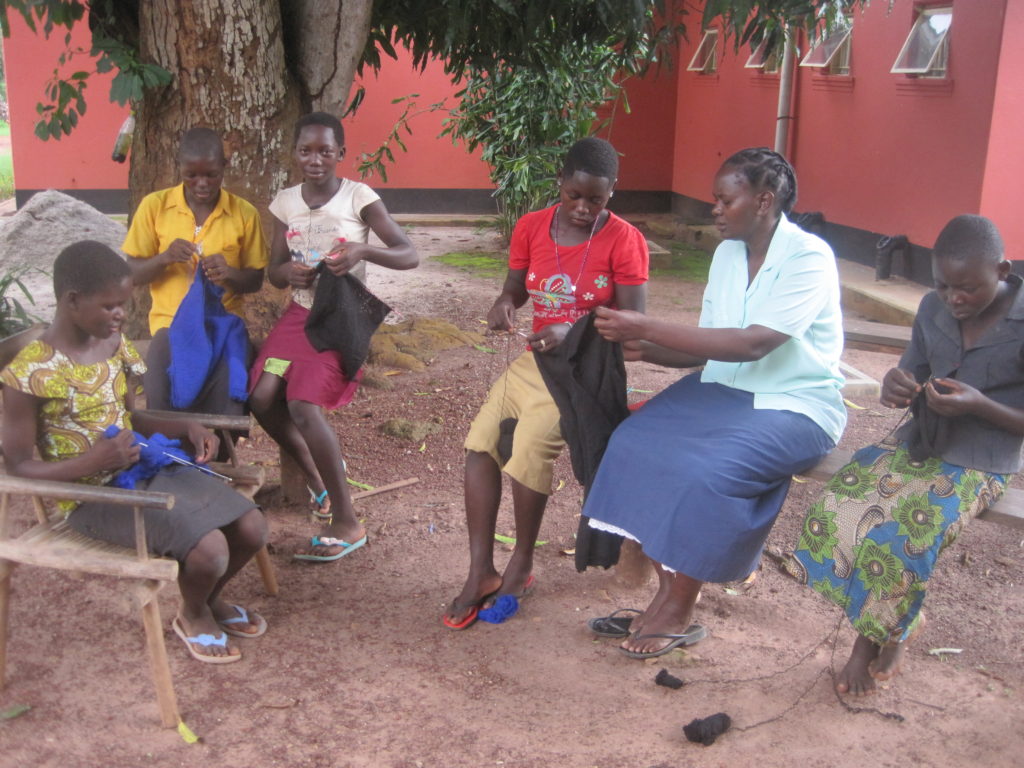 In total, about 100 women are involved in Constance’s women’s groups. They meet twice a month and have prayer and share stories and challenges with others in the group. They have a small income-generating revolving fund project, where the women can get a small loan to start a business. Some of the women have bakeries or pastry shops or sell clothes or shoes. They sometimes have a building and sometimes are just on the streets selling. Constance manages this fund, and so far in several years they have had only one member default on the repayment. They have a system whereby everyone watches when the money is counted and put in a safe with three keys needed to open it. So everyone knows what everyone else receives in loans, pays back and owes. The meetings are held in Arabic and English to make sure everyone understands.

Most of these groups formed during the trauma healing workshops. It is said that almost every woman in the POC camps has been sexually abused in one form or another. The mental and emotional healing that the women’s groups offer is much appreciated. Constance herself says that by giving the workshops she has learned patience with herself and others. She has also improved her listening skills.

Constance says, “For five years I worked in the Ugandan National HIV/AIDS women groups. This challenged me because there was a myth that women couldn’t do anything for themselves; this was especially the case for infected women and widows. However, I found they had a deep strength. They brought order out of disorder.“

So when she came to South Sudan, she noticed that some women in similar circumstances would go begging. Constance felt they could do better for themselves. She started to help them start small gardens, so they could sell the produce on the market. She taught others how to make clothes. Slowly the women began to believe in themselves and their abilities. Constance also works with many street children, giving them food and basic living supplies. Many are orphans and she makes sure they are supported and helped as best she can.

Constance says, “We can make a difference. The desire to make a difference has to come from us. We can learn to work. We have many examples where women learned these truths when they were exposed to programs in other countries. So the challenges I experienced in Uganda have brought me to where I am today. I really thank God for helping me and giving me the strength and wisdom to do this work.“