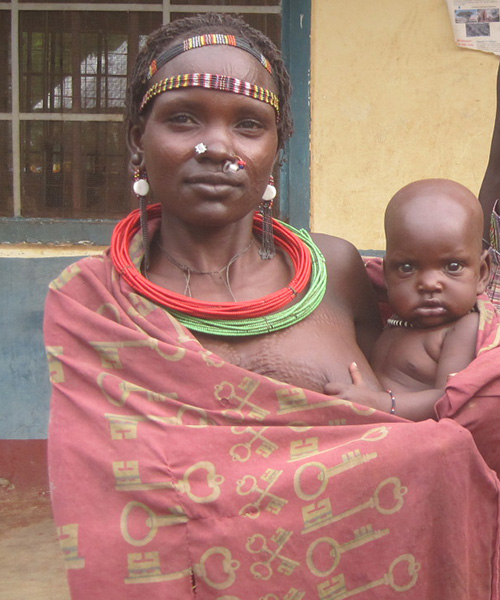 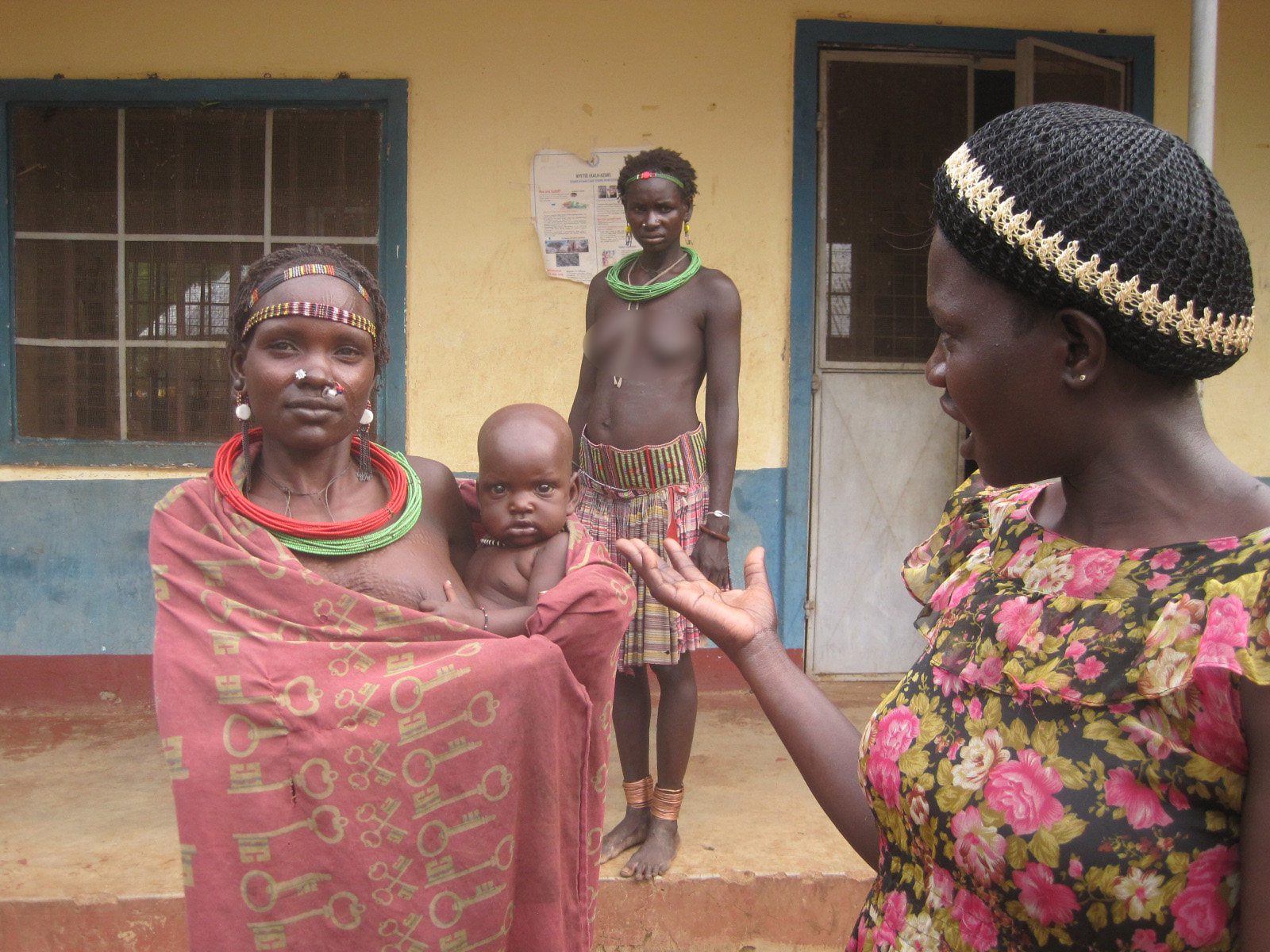 Beatrice saved this baby’s life after two hours of resuscitation.

Recently a young mother ready for delivery was brought to Alia Beatrice Peter, our trained midwife at the Kuron Health Clinic. The mother was having difficulty pushing. She was exhausted, and the unborn child was exhausted. Beatrice examined and then decided to let the mother rest for two hours, giving her fluids and some food.

When the baby was eventually delivered, it had no life to it. It was so exhausted that there were no reflex actions, eyes were shut, there were no movements or sounds, breathing was barely visible. The case seemed hopeless. The other women around said that they would bury the child. They had seen this before. 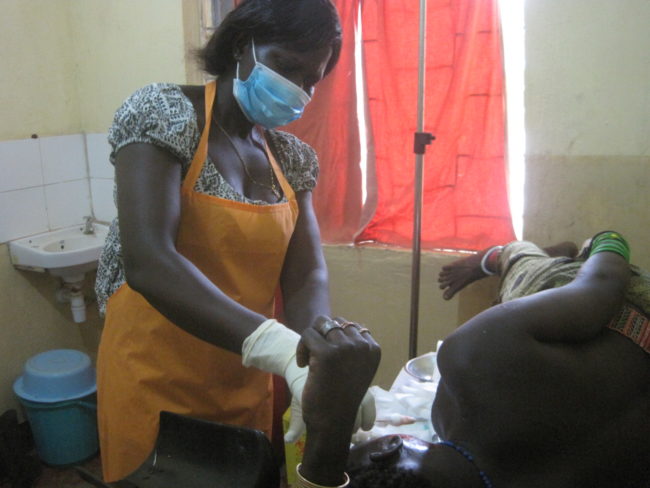 Beatrice working on a lady’s cheek that is infected.

Beatrice refused, but she told the others to pray. She believes both in the efficacy of medicine and in the help of our Lord. Then, calling upon all her training, she began to work on the child, even giving mouth-to-mouth. She worked for almost two hours, applying all the tricks she had learned at school and experience she had gained since then. The exhausted mother could only lie on the bed and watch.

When Beatrice was almost to the point of giving up, it happened! Miraculously, this baby suddenly coughed and sputtered and cried out. Everyone in the room was shocked. It was as if she had brought the newborn back to life. The baby immediately began to suck and within a short time was moving and reacting like any normal baby. The mother was overjoyed, and Beatrice was now the exhausted but happy one.

This birth has deeply touched Beatrice and strengthened her resolve to never give up easily.

Beatrice is the only trained midwife in the entire region. Working at our very isolated Kuron Health Clinic, she is some 175 miles (a grueling eight-hour ride on a very rough road) away from the nearest hospital in Kapoeta Town. She covers ante-natal, deliveries, sick pregnant women and post-natal duties. 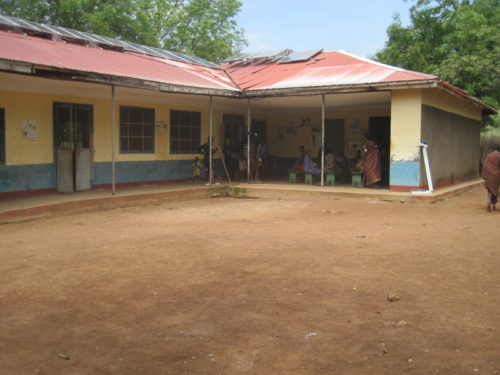 The government of South Sudan supplies drugs and medicines to the clinic but only one staff person. The supplies and equipment are never enough nor are they good quality. In fact, many patients have passed away due to simple lack of medicines, advanced equipment or lack of transport to Kapoeta. This is frustrating for Beatrice, but it is the reality in much of the country.

The health clinic treats mostly Toposa women, who have deep esteem for Beatrice. They have taken to calling her “Mother Kuron.”

Beatrice is from Nimule, South Sudan, and has a husband and a child in school across the border in Uganda. Her youngest, 4-year-old son stays with her in Kuron. She graduated as a trained midwife from Solidarity with South Sudan’s Community Health Training Institute (CHTI) in Wau three years ago.

Her training has helped her discipline herself. She insists on doing everything correctly and on providing not only proper and thorough examinations but also the best Christian service possible. Beatrice is also very attentive to nutrition because in this area she sees so much malnutrition among the mothers and the children. Kuron Peace Village has been working to address malnutrition through the introduction of new crops and vegetables, new farming techniques, and by helping the Toposa supplement their mostly pastoralist lifestyles with farming.

Beatrice works closely with traditional birth attendants in the area, and they now trust her enough to bring all sorts of cases to her. They work together and she is teaching the TBAs some new things. It is common for Toposa women to have 10 to 12 children. She tries to encourage family spacing to give the mother time to recover between each pregnancy, but the culture and traditions are deeply rooted. She also sees a lot of young mothers whose bodies are maybe not ready for birth, but again early marriage is embedded in the culture.

When asked how working at the health clinic has changed her over the past four years, Beatrice says she is much stronger spiritually than before. When she has difficult cases, she not only treats but prays for her clients. Prayer can change people, she says, and it is a foundation for the work she is doing.