Despite squalor and desperation, ‘God is our joy!’ 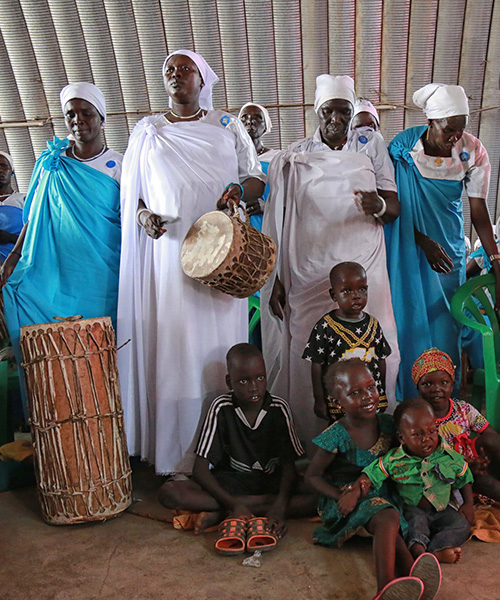 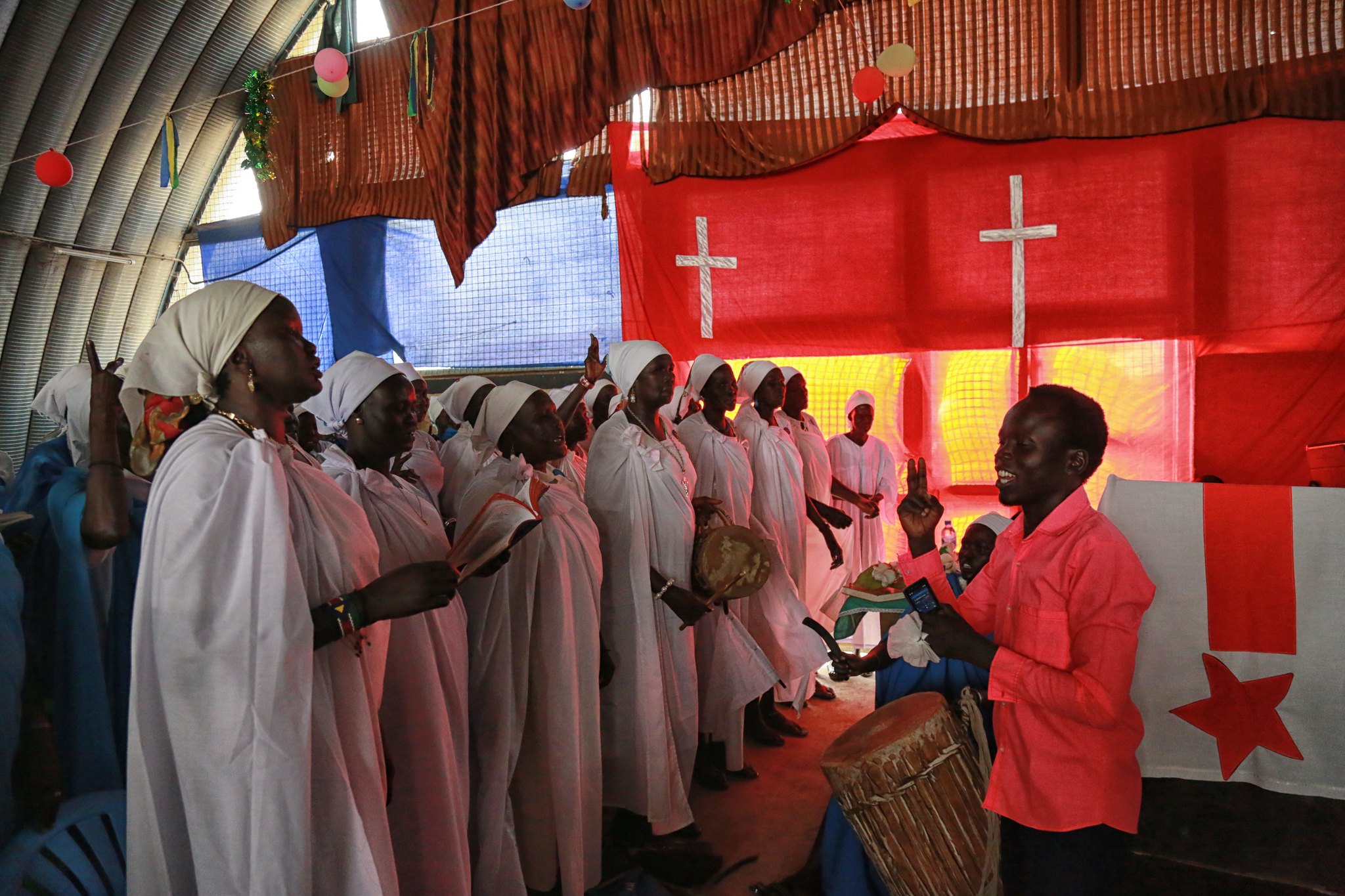 Due to the numerous civil wars and insecurity there has been a lot of movement of people in South Sudan from their homes to either refugee camps outside the country or to Protection of Civilian Camps (POC) within the country. The capital of Juba hosts three of these infamous POC—with the very endearing names of One, Two and Three.

These camps are crowded (between dwellings is just enough room for two people to pass), smelly (public toilets are cleaned daily but still smell), noisy (due to close proximity you can hear and be heard by all neighbors on every side) and poor (most of the Nuer people here have lost everything several times over the past decade of atrocities).

Camp dwellers can come and go only with permission from the United Nations Mission soldiers who protect them. Houses are nothing more than tarps on bamboo poles. There is no running water in the camps, so water must be trucked in every single day. Food is distributed daily also, but of course it is just enough to survive on. No aperitif or dessert on these dinner tables. There are schools, clinics and other services all run by the 38 non-governmental organizations that operate in POC 3. There is only one open space for soccer and other large gatherings. Trees are a rare commodity, and the people buy little sticks brought in from outside for cooking their food. 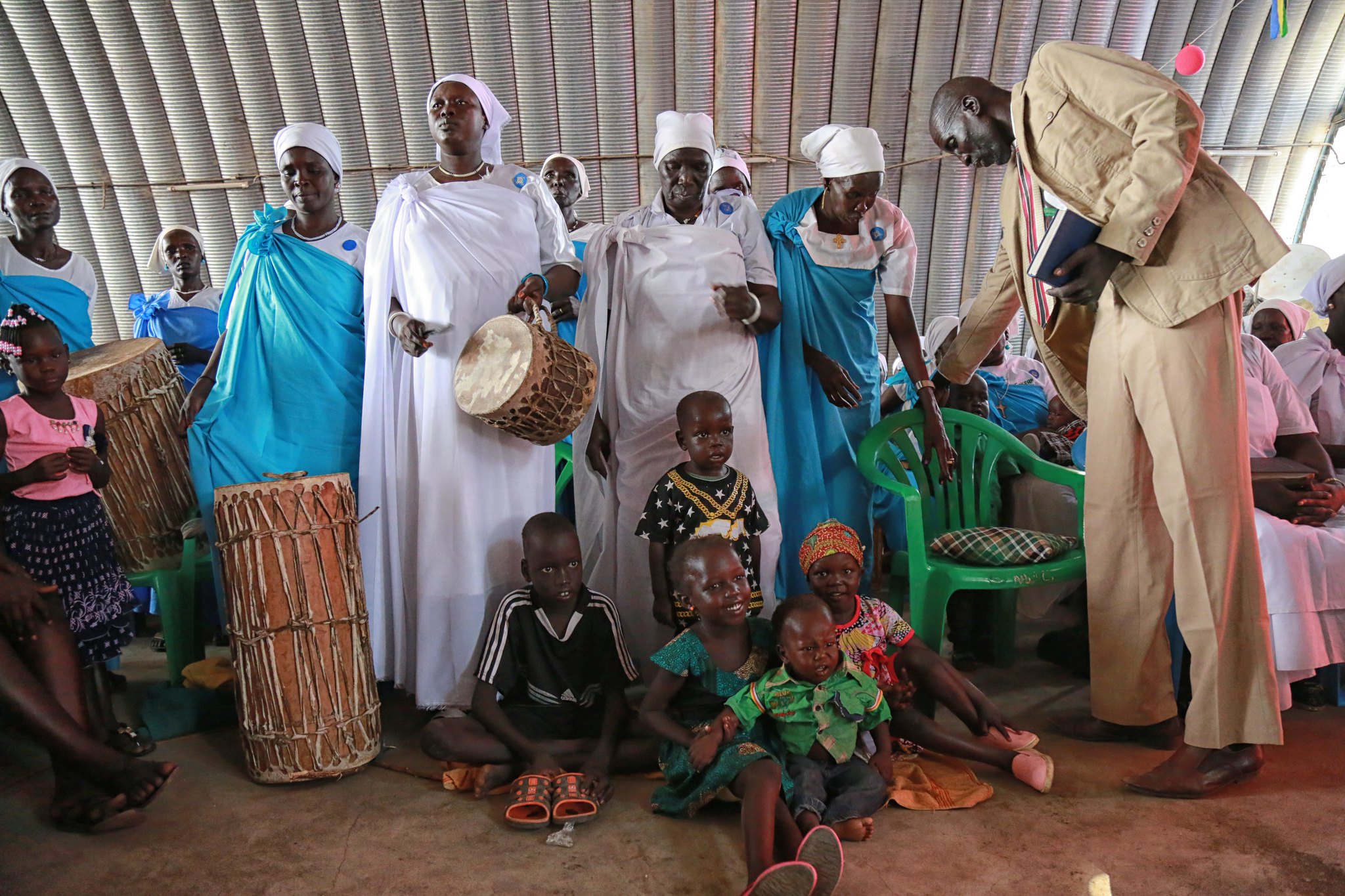 I was privileged to spend New Year in POC 3. We celebrated Mass with the poor community of St. Theresa. This construction was of simple poles and corrugated roof structure. However, the community had decorated the walls with colorful cloths, the rafters with Christmas tinsel and there were flowers all over the place. They had also put up balloons and other pretty decorations. The floor was packed mud and the walls were strips of bamboo. To get to the church we walked through very narrow, muddy walkways between the houses of the people.

The Mass was one continuous song of praise and dancing. I was surprised to see such energy and enthusiasm for our Lord as everyone in the crowded church was really into it. The dancing was non-stop, and I was reminded how King David danced in front of the Ark of the Covenant. The men sang in deep baritone voices, while the women ululated throughout the celebration.

Afterward, the children kept coming and coming to me as they thought I was a priest. I had to greet and bless every one of them. Where do all these children come from? Many of them tried speaking their few words of English with me. I tried the three words in Nuer that I was just taught before arriving. We all laughed a lot.

During the Mass I wondered where their joy came from? They live in absolute squalor and desperation. How can they be so happy? How can they sing and dance and laugh so much? One of the community members said to me, “God is our joy! We are happiest when we celebrate Mass.” I was taken by this, and it really struck me. I want to be with these people who have suffered untold atrocities but still love God and find joy in life. I need to learn from them.

END_OF_DOCUMENT_TOKEN_TO_BE_REPLACED 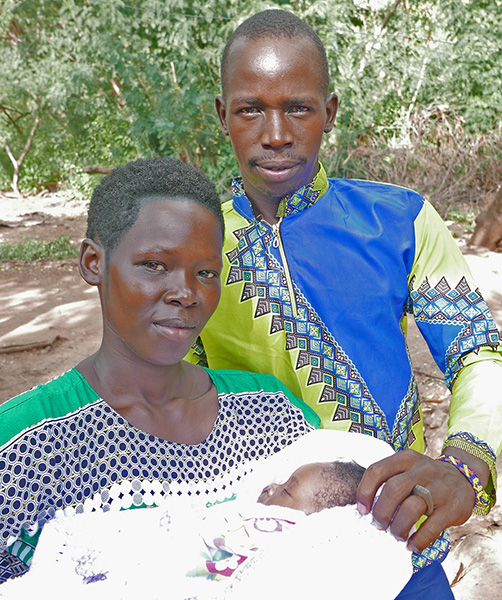