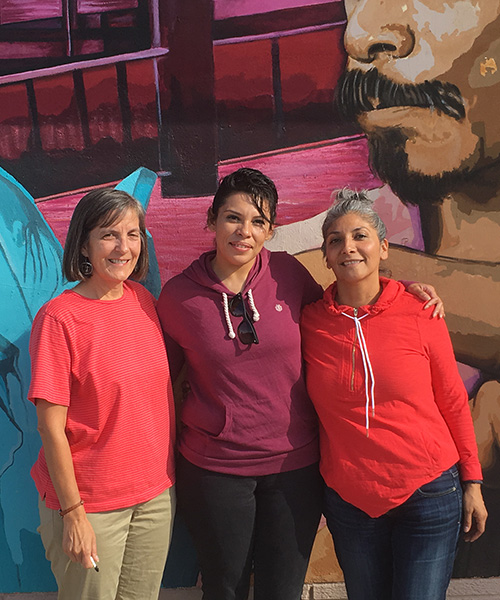 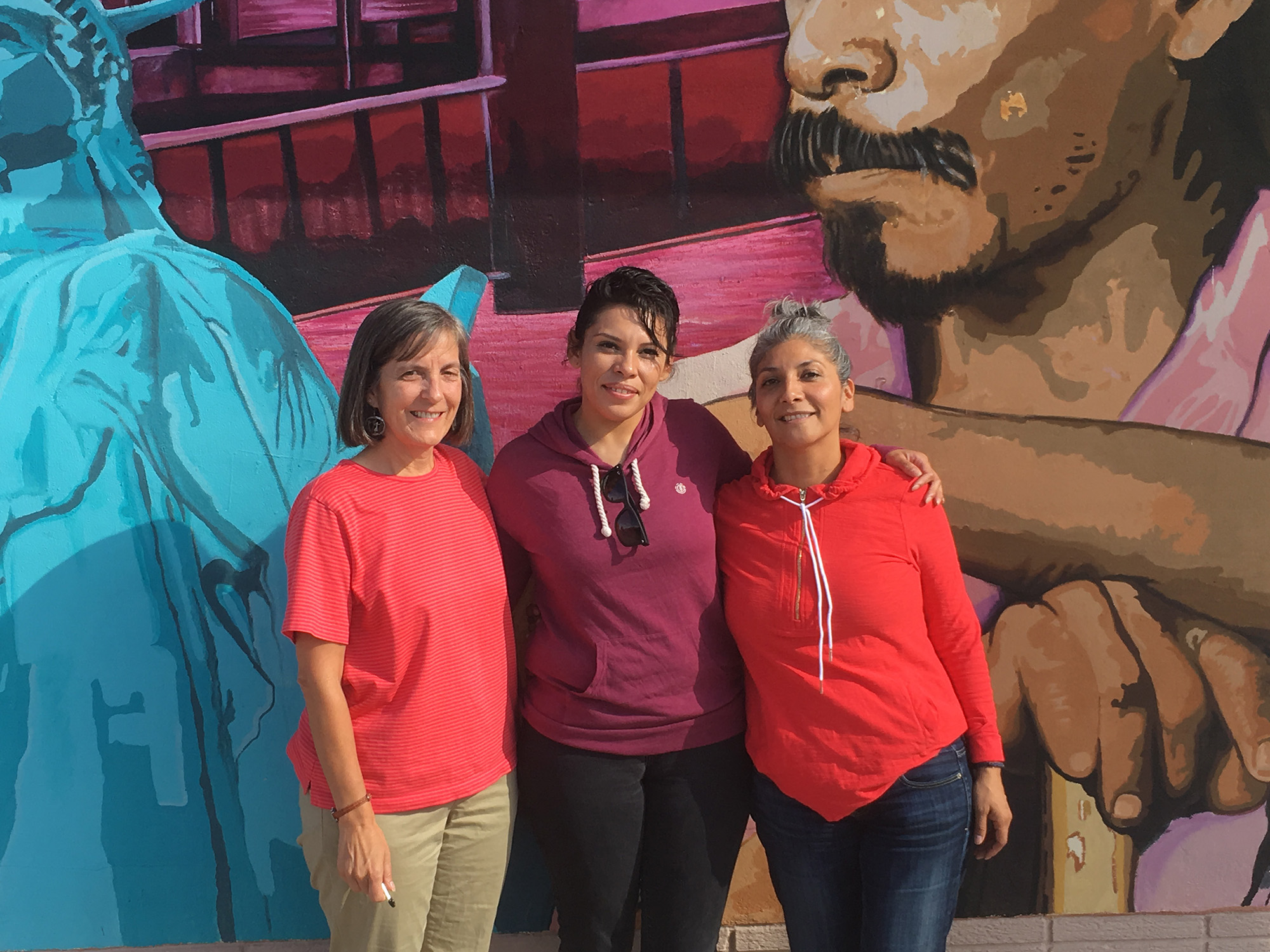 “You have met your burden of proof and I’m going to grant your application for cancellation of removal.” And with those words from the immigration judge this week, Elizabeth’s life changed forever.

Elizabeth said, “I can get a job! I can get a paycheck. I can have an ID and not look over my shoulder all the time.”

Elizabeth was brought to the U.S. at the age of 3 by her mother and stepfather; she has never returned to Mexico since. She spent her life living under the radar, never able to get a “legitimate” job because she had no ID and no social security number.

Her story is not so different from so many people who came to the U.S. as young children and never benefited from legal status. She is now 32. Elizabeth was in a committed relationship for seven years with the man she married and thought would be her partner forever. But in the end, he was abusive, violent and contributed nothing to support the family. She finally broke free of that relationship to live safely with her children.

In May 2019 she was detained after an argument with a former boyfriend led to a physical fight. The fight triggered her own trauma. When the police were called, she did not press charges — not uncommon in survivors of domestic violence — but he did. This caused her to pop up on the immigration radar, and she got placed in removal (deportation) proceedings, which started our 16-month journey together.

So many factors got in the way of her possibly winning this case — misdemeanors in her record as well as some unhealthy survivor skills developed from trauma and abuse in her life as a child and adult. But Elizabeth was her own best advocate — speaking up for herself in court, and writing out in detail her story, to be included in her application to the judge. (I edited it down to 16 pages, single-spaced, because I thought the judge might stop reading!)

Someone asked me why Elizabeth never got legal status in the 28 years she has been here. Of course she wanted to, but adjusting status is expensive; it’s complicated and requires a lot of documents and proof. For instance, you need clear proof that you have lived here, which is hard to get when you can’t sign a lease. She didn’t have the money, and she was busy supporting a husband and children all by herself.

In order to win her case, to have the judge cancel her removal from the U.S., we had to prove that: she has maintained presence in the U.S.; she suffered battery and extreme cruelty at the hands of her U.S. citizen husband; she has good moral character; she is not inadmissible (i.e., not subject to certain factors that would not allow her to be admitted to the U.S.); and that moving to Mexico would cause extreme hardship to her and her children if deported.

It was a tall order — especially when a government attorney’s job is to just poke one irreparable hole in that list. 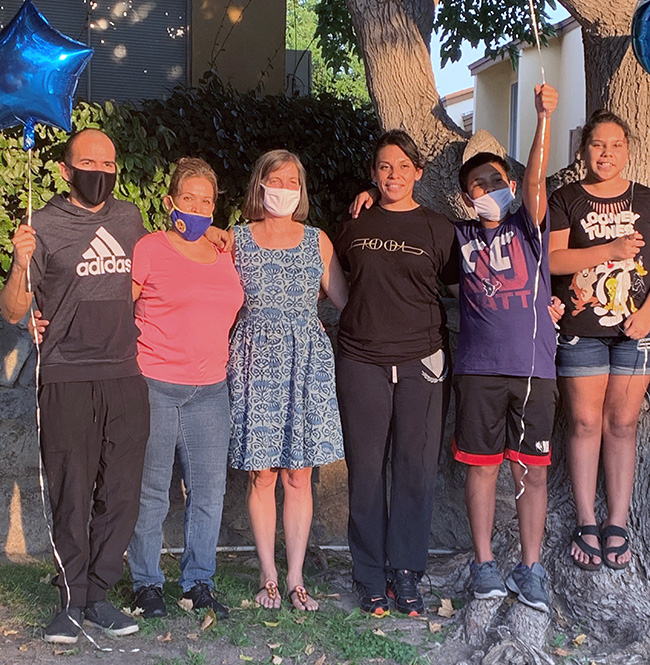 Finally home — Elizabeth (third from right) with her family and Heidi

I believed in Elizabeth and her right to cancel her removal and stay here with her whole family (she was the oldest child, her younger siblings are all U.S. citizens, as are her own children).

Our odds were really, really bad. But I never gave up believing that she had the right to put her case out there and the right to stay. I just knew it was not very likely that the judge would see it that way.

Las Americas Immigrant Advocacy Center, where I work in El Paso, Texas, is an amazing community-based, nonprofit organization. By the time Elizabeth and I went to her final hearing, we had counted probably 20 partners who had helped with her case — psychologists, attorneys, social workers, paralegals and interns, volunteers, her doctors who sent letters of support, a recovery partner, and more. I also called on a group of people to hold her, the judge and her lawyer (me) in prayer that day.

This past Monday, we walked into court armed with her truth and carried by so many people.

We worked really, really hard, and Elizabeth was candid and genuine each time she was in front of the judge. This was important because he found her credible and despite criminal charges that could have sunk her, he found her to be a person of good moral character.

While the odds were against us and I would have given us only a 1-percent chance of winning, Elizabeth kept saying to me, “I have a good feeling. If it is true that faith the size of a mustard seed can move mountains, well, my faith is much bigger than that.”

Last night, three days after winning, she finally went home for good. I got a text and a photo when she arrived that said, “Thank you for everything. Finally home with the family. God bless you and see you soon.” What more could an attorney want?

Watch this short social-media video compiled by Las Americas Immigrant Advocacy Center about Elizabeth’s case (they used a pseudonym, “Annie,” for her).