No hands but yours 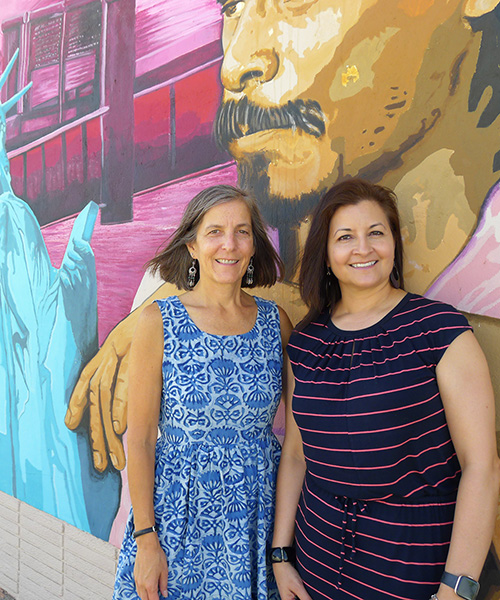 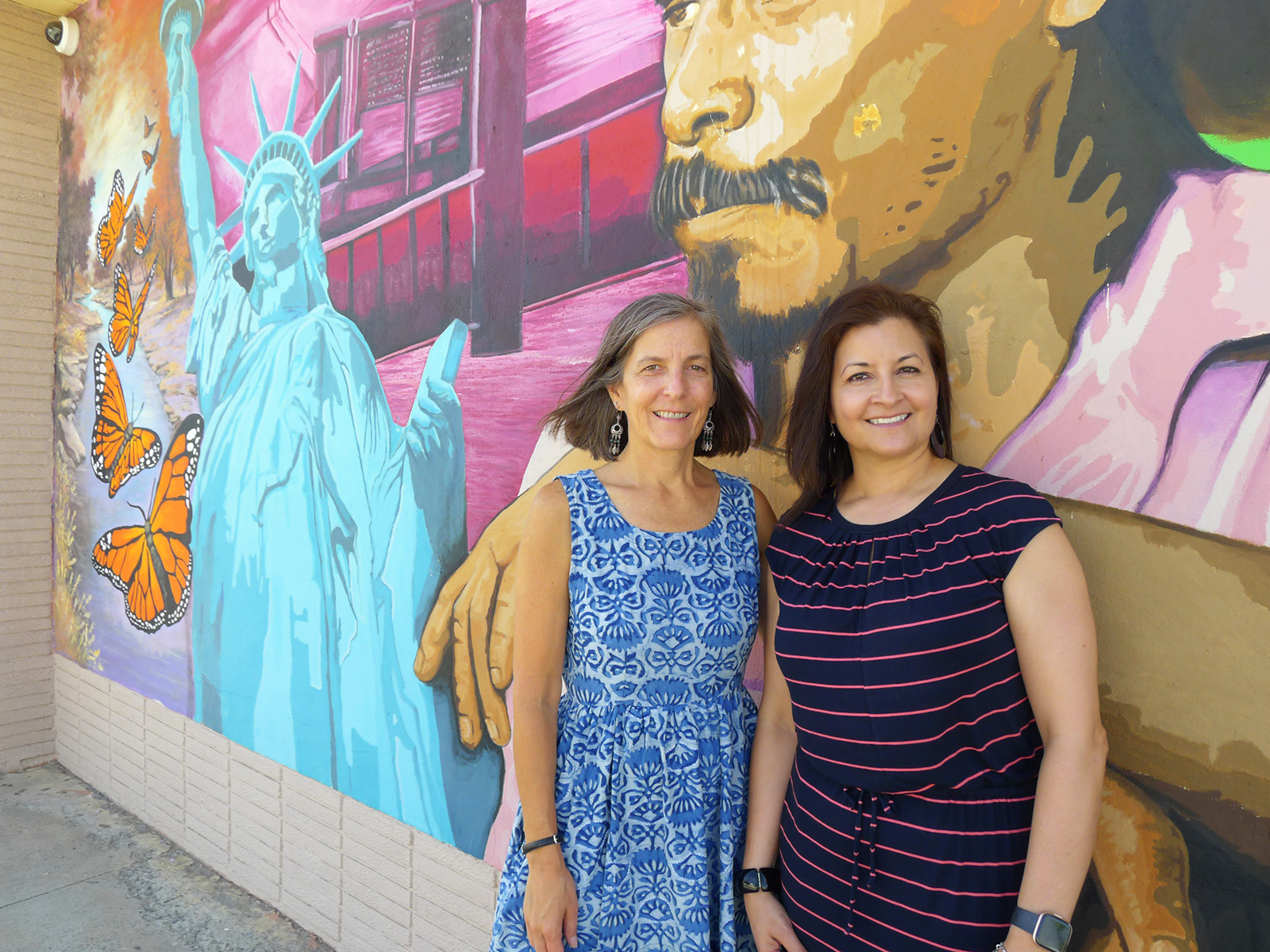 When Leticia Macías, of Horizon City, Texas, retired after 30 years of teaching, she took a leap of faith: to volunteer at the U.S.-Mexico border. Macías serves alongside her mentor, Maryknoll lay missioner Heidi Cerneka, helping asylum seekers. In this work, she joins countless other people of faith who welcome migrants and refugees. “I am a miniscule part of Christ’s body here at the border,” she says.

Macías grew up in a Mexican American family for whom faith was important. Her father, a carpenter, and her mother, both from Chihuahua, Mexico, raised their six children in Texas. Macías met Maryknoll as a young wife and mother. “One day at my mother-in-law’s house, I came across Maryknoll magazine on the coffee table,” she recounts. “I skimmed through it and saw these missioners in other countries helping people. I thought, ‘This is amazing!’”

Macías attended the University of Texas at El Paso and continued her teaching career while raising three children. In her parish, Sts. Peter and Paul Church in Socorro, Texas, she served as a catechist, lector, translator, eucharistic minister, evangelization team and parish council member, but the thought of mission beyond her own parish was never far from her mind. She often shared this interest with Father Saúl Uribe, the pastor. 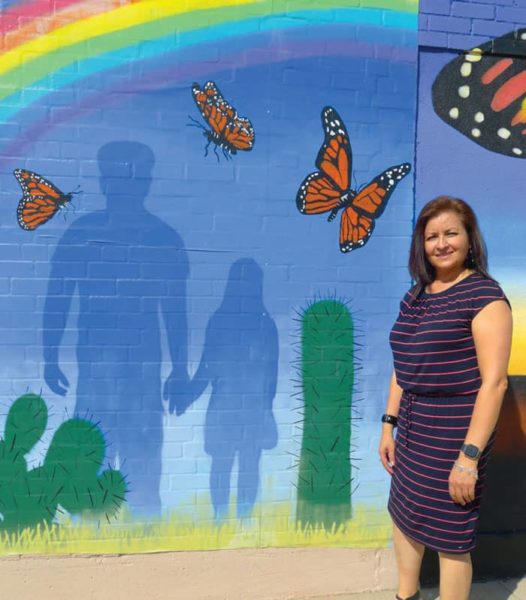 Leticia Macias works as a volunteer at Las Americas Immigrant Advocacy Center in El Paso, Texas, which since 1987 has served over 40,000 low-income immigrants including refugees and asylum seekers from 77 countries.

An opportunity for such a mission arose close to home, in a community called Sparks. “Sparks is a colonia, a place where people have come in from other areas to settle,” Macías explains.

“I went to high school in Socorro and I had friends from Sparks. They had no running water, no gas, no utilities. They used car batteries to make electricity,” she recalls.

Macías was asked to help launch an elementary school in Sparks. She was pleasantly surprised to discover the name chosen for the school: Mission Ridge. “When I told Father Saúl, he said, ‘This is a message for you!’” Macías says. The school opened in 2014; Macías worked there for five years, including teaching in a special program for at-risk students. She also served actively in her new parish, Holy Spirit Church, and took formation courses at Tepeyac Institute, a diocesan lay leadership training center in El Paso.

When Macías retired in June 2019, she had already been following Maryknoll online. With her children (now 35, 33 and 23) grown, Macías, who is divorced, realized it was time to listen more intently to the mission call in her heart. “I receive inspiration from St. Teresa of Ávila,” Macías reflects. She is especially moved by a quote attributed to this 16th-century doctor of the Church: “’Christ has no body now but yours. No hands, no feet on earth but yours.’”

“There was going to be a discernment retreat – right here in Texas, in El Paso! My kids said they would support my decision if this was something I wanted to do,” Macías says. Still, she hesitated to sign up. She wanted to spend Father Saúl’s last days with him. “We were friends for 28 years,” she says. He had entered hospice care and later died. “I came home from the funeral, opened my computer and registered for the discernment retreat,” Macías remembers.

The four-day retreat included opportunities to learn more about the reality at the U.S.-Mexico border. In recent years, numbers of migrants from Central America and other areas of the world had begun to surge. “A fire was lit in my heart and soul,” Macías says.

She is not alone: El Paso responds generously through the Frontera Welcome Coalition, made up of dozens of faith-based groups, parishes, social service providers, local government agencies, healthcare workers and immigrants’ rights activists. “Our community is exceptional, and it has come together to help welcome asylum-seeking families and has shown strength and compassion in this challenging moment,” Bishop Mark Seitz said in a testimony for a 2019 House hearing about the situation at the border. 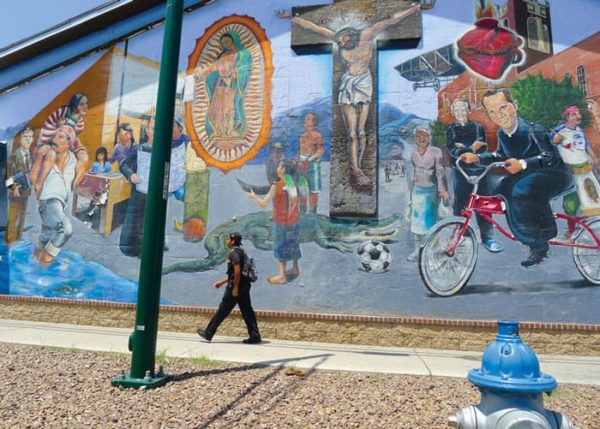 A mural at Sacred Heart Church in El Paso celebrates the Segundo Barrio neighborhood’s history in this border community.

At the retreat, Macías met Cerneka, a staff attorney at Las Americas Immigrant Advocacy Center. “I felt drawn to her work,” Macías says. “She was assigned to me as my mentor. I told her, ‘I’m not an attorney. But is there a way I can help?’ Heidi said, ‘There’s plenty for you to do!’ “

“I invited Letty to consider volunteering where I work,” Cerneka says, “and voila! An amazing relationship was formed.”

Las Americas, founded in 1987 by Catholic lay leaders Delia Gómez and Ruben García (also a founder of Annunciation House, a volunteer-run network of migrant shelters), has served over 40,000 people from 77 countries since its inception. Its mission is to “provide high-quality legal services to low-income immigrants, and to advocate for human rights.” Several Maryknoll lay missioners and sisters have volunteered previously at Las Americas. Cerneka serves on the Detained Deportation Defense team, ably assisted by Macías.

Macías translates, visits detention centers and helps with client contact as part of her volunteer work. “Letty brings organizational skills, deep faith, compassion and the desire to serve God and neighbor to all that she does,” Cerneka says.

“I have learned how to do tasks I didn’t know how to do before,” Macías says. She gives an example: reaching out on behalf of clients to the embassies of their countries, such as Colombia, Egypt, Cuba.

Macías tells of a particularly moving story. “One day Heidi said, ‘I have a big task for you.’ ” Las Americas had taken on the case of a young man from Cuba. In his home country, Rubén, now 28 years old, was beaten and arrested for expressing political opinion. The harassment did not end there. His small business (a watch repair shop) was ransacked and his tools — without which he could not work — confiscated. Rubén fled, leaving behind his wife and young daughter. He arrived at the United States border, pleading asylum, then spent a year and a half in detention while his case was processed.

“In order to qualify for residence, he needed medical exams and vaccinations,” Macías relates. She made his many appointments, arranging for him to be brought from the detention center to the clinic. She recalls waiting in the parking lot to accompany him to an appointment. “They brought him off the bus, handcuffed, with his feet chained, shuffling between the two officers that escorted him.” she recalls. Rubén was eventually granted lawful permanent residence under the Cuban Adjustment of Status Act.

Experiences like this are “painful but also beautiful,” Macías says. ”God uses us as his hands, his voice, his feet, to help others. We only need to respond, ‘Yes.’”

This article first appeared on the website of Maryknoll magazine.

Deirdre CornellDeirdre Cornell served as a Maryknoll lay missioner in Mexico (2004-2007). She is an associate editor of Maryknoll magazine and the author of three Orbis Books, including Jesus Was a Migrant. 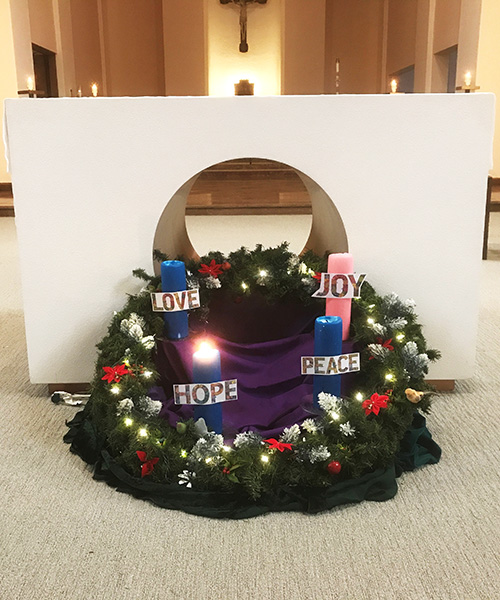