Our government dismantles human rights at the border

As an immigration attorney, Heidi Cerneka witnesses firsthand an erosion of our nation’s values 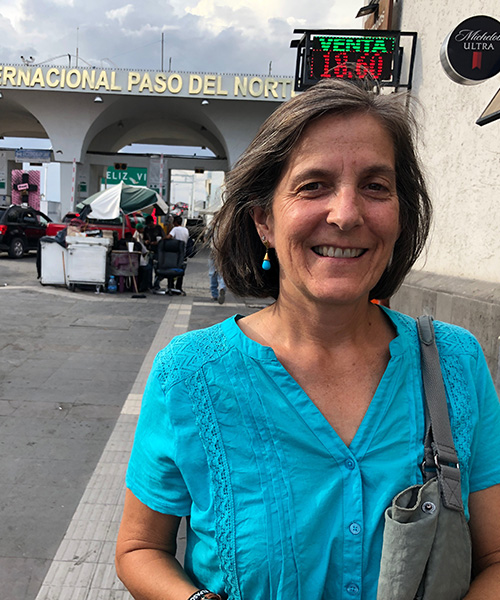 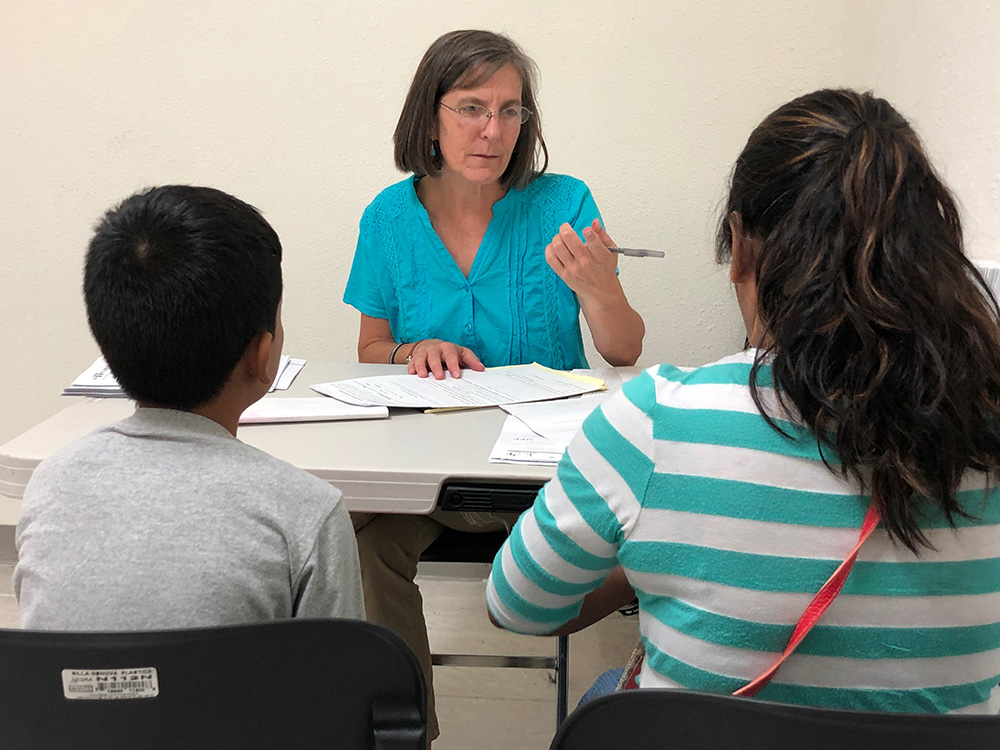 In Ciudad Juárez, Mexico, Heidi Cerneka conducts an intake interview with a mother and son from Guatemala.

Fyodor Dostoevsky said, “The degree of civilization in a society can be judged by entering its prisons.” If that is the measure, the United States has been in serious trouble for many years. Today, however, if one enters our civil immigration prisons, this nation risks being judged as entirely uncivilized.

Migrants whose only “crime” is having the courage to flee violence in their home countries and exercise their right to ask for asylum are separated from their family members and their children, kept weeks without a shower and packed into overcrowded detention facilities with no access to immigration attorneys or legal assistance. Criminal defendants in this nation have more rights than those to whom we have promised the right to ask for protection and asylum.

The U.S. Congress ratified the UN Protocol on the Status of Refugees in 1968. The Protocol committed the U.S. to the refugee protections of the 1951 Convention extended to all persons forced to flee their countries of origin for fear of persecution based on specific grounds, e.g. political opinion, race, religion and nationality. While far from perfect, the U.S. had robust refugee laws and protections for those asking for asylum.

Today the U.S. Government is a giant wrecking ball crashing into the structure of these protections over and over, compromising the foundation of our nation. An individual or a family who arrives today at the U.S.-Mexico border claiming persecution and asking for asylum will almost definitely never have a fair chance to defend their claims. Fundamental human rights and due process are dismantled as if they never had been a part of who we are as a nation. Whims become policies overnight far from the border that they affect, based on political and electoral goals, not on democracy, the Constitution and the foundations of this nation.

In the past year, the government has baldly stated that we would welcome immigrants if they could just come from European countries. Much like the principle behind keeping prisoners at Guantánamo, the government has attempted to undo legal protections for migrants by keeping them off U.S. soil or treating them so inhumanely that they will give up their claims to asylum.

The “metering” program gives asylum seekers a number and then forces them to wait in Mexico until their number is called. Paul is a Ugandan asylum seeker. He does not speak Spanish, and he is holding number 18,320 on a day that they were calling number 13,200. He will wait at least six months in Mexico to voice his asylum claim and then begin the immigration court process, which will likely take another four months. He may be on the streets or in a shelter with no resources and no work opportunities. When his number is finally called, he will have to be his own “attorney,” because there are so few pro bono immigration attorneys available, and most will not work in Mexico. The damage to human beings and to the integrity of the U.S. is irreversible.

“Remain in Mexico,” instead of metering, processes people into the immigration system at the U.S. border, schedules a hearing in immigration court for months later, and then dumps them back in Mexico, where many are stuck living in the streets with no resources. They are at the mercy of gangs and others who have found incredibly easy prey among the vulnerable foreigners. People consistently report robbery, rape, extortion and kidnapping. Last week, the migrants in a Juarez shelter suffered a violent assault by armed gunmen inside the shelter.

We, the United States, are legally bound by the international principle of non-refoulement which provides that no state shall return a refugee to a territory where her life or freedom would be threatened. Margarita fled the violence in Guatemala and after her first hearing in the U.S. immigration court in El Paso, she found herself living on the streets of Juárez, because the shelters were all full. Terrified, she finally found a room to shelter her and then never left because of the danger in the streets. She missed her next hearing because she was too afraid to go, and was ordered deported by the judge in her absence. She fled the violence in Guatemala, was caught in the violence in Mexico and without ever having a chance to voice her claim for asylum, found herself ordered deported back to Guatemala.

On Aug. 21, the Department of Homeland Security and Health and Human Services announced a new rule to undo the Flores Settlement that protected children from prolonged immigration detention. They intend to keep families detained with no time limit on the detention. Children are sleeping on the floor, and, according to the Department of Justice, a toothbrush and soap are not necessary to guarantee sanitary conditions for children. Wham! The wrecking ball strikes again.

The U.S. has bullied Guatemala into an agreement that designates it as a “safe third country,” meaning that any asylum seeker from any country who is denied entry or denied asylum in the U.S. could be returned by the U.S. government to Guatemala instead of their country of origin, because Guatemala has been declared “safe.” Curious that at the same time, the State Department has encouraged U.S. citizens to “reconsider travel” to Guatemala because it is not safe.

The laundry list of unethical governmental actions continues, and the wrecking ball swings again. Immigrants who have received public assistance benefits, including Medicaid, will now be denied green cards and visas. The immigration court has now shut down essential due process protections like Friend of the Court and “Know Your Rights” training for those trapped in Mexico who have no access to attorneys except on the day of their hearings. Immigration attorneys who travel to Mexico to work with the migrants risk harassment at the border when they return to the U.S.

In his March 13, 2019, preface to the U.S. State Department Human Rights Reports, Secretary of State Mike Pompeo wrote, “The United States was founded on the premise that all persons [not “all citizens”] are created equal, that they are endowed by their Creator with certain unalienable Rights, that among these are Life, Liberty and the Pursuit of Happiness.” He further wrote that “individuals seeking reforms to end the wrongful interference in the exercise of unalienable rights – whether those individuals are in or out of government – will find a sympathetic friend and strong supporter in the United States of America.”

We have the capacity and the moral obligation to be that nation he describes, not the one we are today.