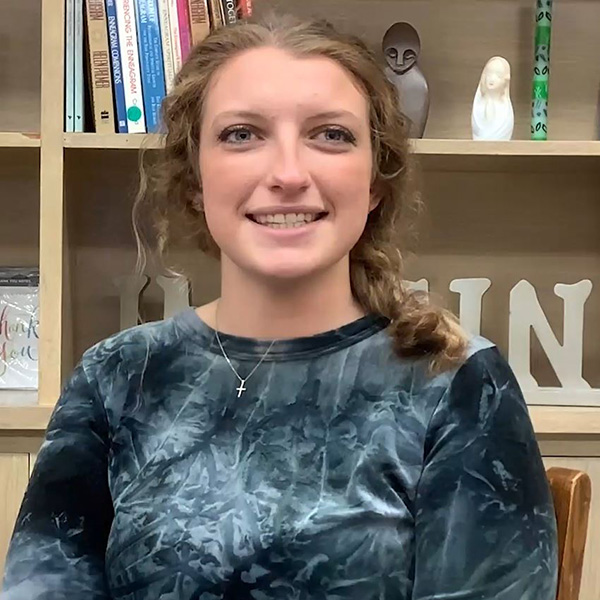 1) In the Mara region of Tanzania, almost 37% of women have had a child before 19 years of age. Most of these become single caregivers of their children before they’ve been able to develop marketable skills to be able to support themselves. 2) Elders are revered for their wisdom in Tanzanian society but religious are sometimes left without a sufficient support network in this communal society, where families tend to care for their parents as they age. 3) In the Tanzanian education system, primary school is taught in Swahili and secondary school in English. When they reach secondary school, students struggle with the English, which is generally not used conversationally in the country.

1) At the Rosemiriam Dagg Centre, young women with disabilities or disadvantages have the opportunity to learn sewing, entrepreneurship skills, and life skills. Following this two-year program, they are equipped to support themselves and their children, often by making beautiful custom-made colorful dresses and outfits commonly worn by Tanzanian men and women. This allows them to lead happy and healthy lives.

Siwema, for example, is the third of eight children in her family from a small village outside of Musoma. She was born deaf and didn’t have the opportunity to attend primary or secondary school. She was married at such a young age that she had six children before the age of thirty and her husband left her to fend for herself with them. She found her way to St. Justin’s Centre, a home run by the Immaculate Heart Sisters of Africa for disabled children. She stayed there while attending the sewing and entrepreneurship program at Rosemiriam Dagg Centre to further her education. There she learned how to sew, make crafts and work on her written English. Siwema also learned many valuable life skills like budgeting and cooking while at the center. She helps with care of the younger children and other work at the center.

2) Andy also works with the elderly IHSA sisters to maintain and improve their well-being through physical and intellectual exercises.

3) She helps young women religious to learn and practice English-language and other leadership skills through informal classes and guided time with English language materials, in their library.

“When I was in kindergarten, I randomly drew thick black, green, blue stripes and thin gold lines diagonally across a sketch page. My astute teacher identified the pattern as the Tanzanian flag! Ever since, I’ve found my paths leading to East Africa, and specifically Tanzania. In college, I first completed an associates degree in music, and then a bachelors of science in geography, with a minor in international relations and peace studies. My focus in geography was East African Culture.

“It was through friends at the Catholic community at the Newman Center at Southern Illinois University Edwardsville that I got to know, and later convert to, Catholicism. In Catholicism, I found my heart for service supported by Catholic Social Teaching. After graduation I served as a Jesuit volunteer with JVC in Scranton, Pennsylvania, at a food pantry and outreach organization supporting people in need of food and basic expenses including utilities. During the COVID pandemic, I still felt called to East Africa, and after finding Maryknoll Lay Missioners through the Catholic Volunteer Network, I knew it was the perfect blend of everything God was leading me to.”

Andy grew up in Meredosia, Illinois. She graduated from Southern Illinois University at Edwardsville with a major in geography, with a focus in religious and cultural demographic cartography and GIS engineering and a minor in peace and international studies. Before joining Maryknoll Lay Missioners, she served as a short-term assistant teacher in Nepal for a month, and also spent a month in Jamaica on a service-immersion trip. In addition, she has many domestic service experiences. Andy most recently worked full time in Appalachia (McCreary County, Kentucky) with the elderly. 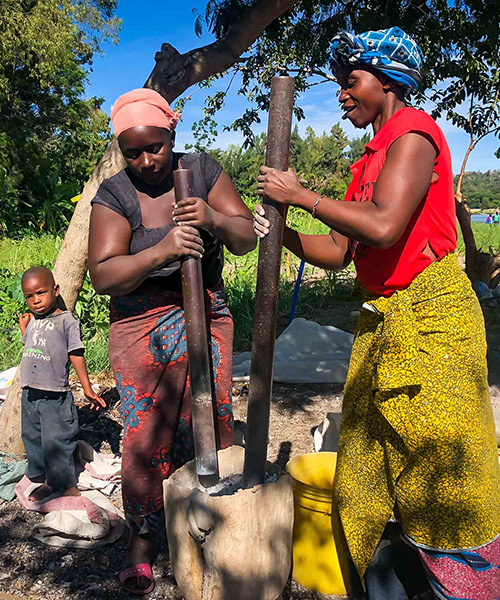