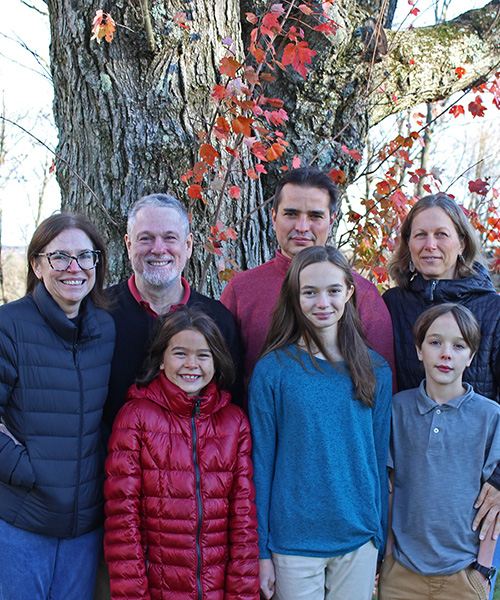 Click on the image above to watch this video of the Maryknoll Lay Missioners’ Class of 2022.

Maryknoll Lay Missioners is pleased and proud to introduce our newest Class of 2022. These four adults — and three children — will be sent into mission during a special Sending Ceremony on Saturday, Dec. 10, 2022, at 2 p.m. (EST) in the Maryknoll Fathers and Brothers’ Queen of the Apostles Chapel. The celebration will be livestreamed and available on our website at this page.

Twenty-two years of living and working in developing countries — and the fulfillment that this has brought for both of them — has led Susan Silveus and her husband, Mike Lattanzi, to once again want to live and work in cross-cultural contexts. They hope, as Mike puts it, that the “Maryknoll advantage” will allow them “to be much more deeply immersed in a new cultural context than we have ever been before.” He adds, “We hope to be making a meaningful contribution, but we’ve also learned from past experience that whatever you give, you get back so much more.” 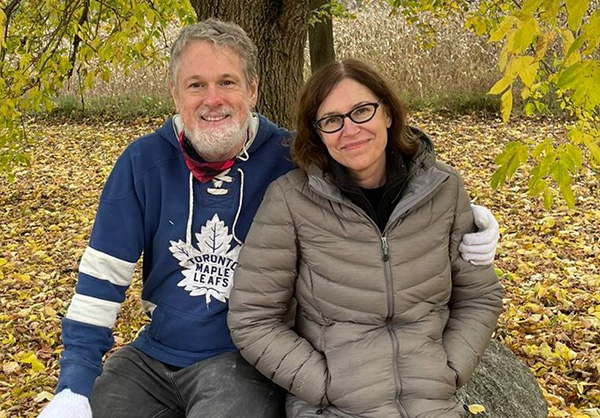 For the past year, Susan and Mike have lived in Toronto. Susan previously worked for Catholic Relief Services (CRS) for 16 years in various countries, incl. Senegal, Cambodia, Afghanistan, Egypt and Israel and Palestine. In addition, she served for seven years as regional director of the Institute for International Education in Cairo. In that position, she oversaw the organization’s Middle East and Africa work.

The two have three grown children — an aerospace engineer, a psychological therapist, and a political scientist.

Susan and Mike first got to know Maryknoll when they lived in Cambodia from 2007 to 2010. CRS, for which Susan was working, funded a few of Maryknoll’s HIV/AIDS projects. Susan attended the Maryknoll Mass and got to know several of the sisters, priests, brothers and lay missioners.

Susan says they decided to join Maryknoll because they “wanted to continue our work for the poor and marginalized overseas but focus more on grassroots work.” She adds that the organization’s new focus on nonviolence is particularly inspiring to her.

“Right now in our lives — our kids are grown up — we also look forward to being able to do this new commitment together as a couple,” Susan says. Her faith draws her to “doing work in the world that tries, in a very imperfect way, to do what Jesus calls us to do — especially on the side of doing it in a nonviolent way and really being respectful of everyone.”

The two will be serving in Gros Morne, Haiti. They are excited about learning a new language and culture, but Mike admits, there is also some trepidation. “Haiti is in really bad shape right now,” he says. “So there are issues of security, and we will also be seeing some levels of suffering that we haven’t witnessed before.”

In the small northern town where they will be joining two lay missioners who are already serving there, the people suffer from many trials and uncertainties, and the new missioners respond with a strong desire to accompany the Haitian people in their time of need.

Kyle and Anna Johnson (with Josephine, Collin and Charlotte) – Tanzania

Kyle Johnson has been a business leader in the healthcare industry and has most recently worked as the executive director of Jamestown S’Klallam Tribe Economic Development Authority in Sequim, Washington. His wife, Anna Johnson, is a registered nurse, who until earlier this year worked on the medical-surgical floor at a hospital.

Anna and Kyle have always been service-oriented. Following 9/11, Kyle served with the U.S. Marines in Afghanistan, Iraq and Southeast Asia. Anna went to work as a nurse in New York City during the worst of the pandemic in that city. They have been foster parents, and together with their three children — Josephine (12), Collin (10), and Charlotte (8) — previously volunteered for a longer period at an orphanage in Mexico. It was that experience that gave them the confidence that they could do a longer-term mission as a family. 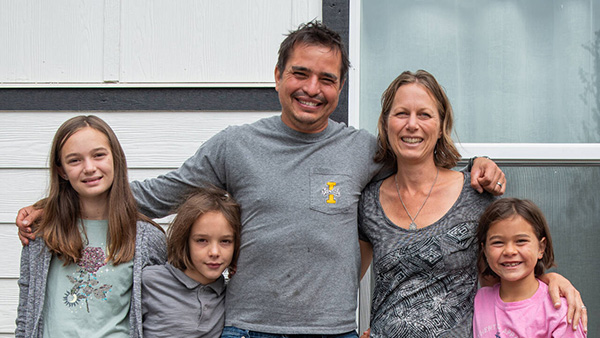 As they have deepened their faith involvement in recent years, they began asking themselves: “God, what is it that you want us to do?” When Anna and Kyle found out about Maryknoll Lay Missioners, the program immediately appealed to them because it aligned with their values — and accepted families. Kyle says, “For us, going into mission means living our faith. Faith requires works. We are immensely grateful that we can do works at the margins of society on an international level and what’s more, that we can do it as a family.”

One big motivation for them, says Anna, was for their children to experience what life is like outside of the U.S. “bubble.” She adds, “Ultimately, really what it boils down to is: We decided to go on mission because we felt called by God. We felt that God was pulling at our hearts to go do something abroad.”

All three of the Johnson children speak fondly of their experience living and helping out at the Mexican orphanage where the family served. Despite the language barrier, they were able to make friends with some of the children of the home who were living with disabilities.

When she thinks about going to Tanzania, 12-year-old Josephine says what she is most excited about is “experiencing a new culture. And I want to do as much help as I can. I know that might not be a lot, but I really want to help where I can. There is a lot of need in the world.”

Collin, age 10, is looking forward to “being able to be with the locals and help them with their needs.” He adds, “Another thing is the animals. Of all the wildlife in Tanzania, my favorite would probably be the ostrich, with the big cats coming in for a close second.”

Eight-year-old Charlotte is also excited about meeting some of Tanzania’s wildlife. She singles out, “the lions, the zebras, the hippos — all those animals.” And with a big sigh, she adds, “I can’t wait.”

The Johnsons, who have been members of St. Joseph’s Parish in Sequim, will be serving in Mwanza, Tanzania. 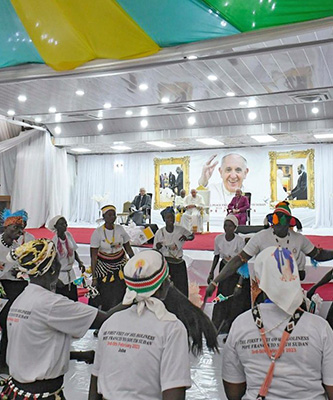 We must listen to Africa

Pope Francis’ words during his visit to the DRC and South Sudan resonate with contemporary notions of mission.

END_OF_DOCUMENT_TOKEN_TO_BE_REPLACED 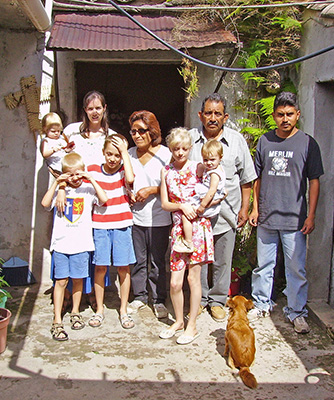