An immigration attorney’s update from just north of the border 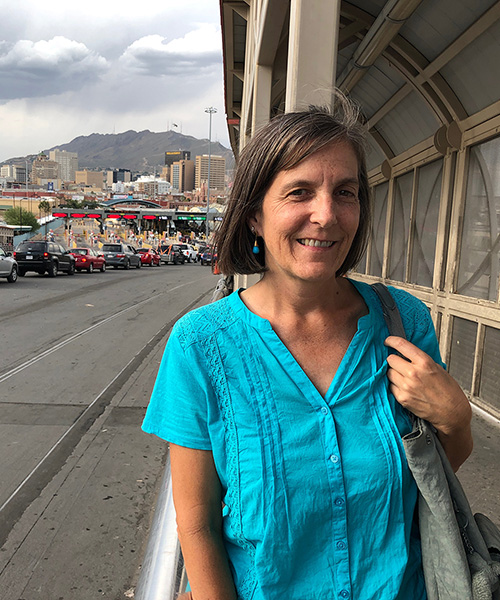 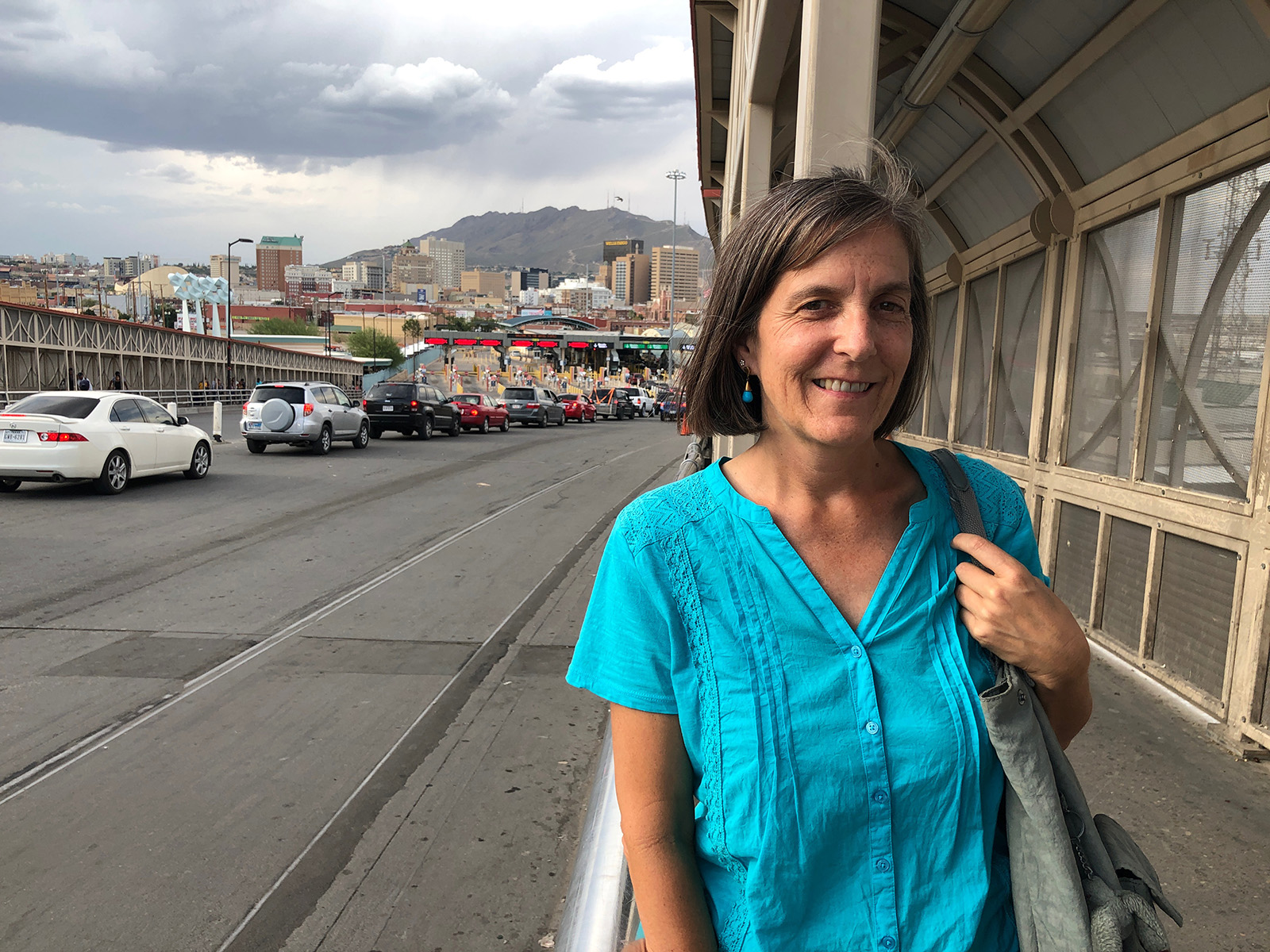 Lately, my work has led me to assist and defend asylum claims from a much more diverse group of people. Thank God for court interpreters! In December I assisted clients in (West African) Wolof, (Ghanaian) Twi, (Haitian) Kreyol and more. It’s complicated because meetings are often by phone since some detention centers are four to five hours away, so we need to conduct three-way calls. But on rare occasions, I am able to meet with the clients in person and we converse with my phone (and the interpreter’s assistance) placed between us. Although I much prefer the in-person meeting, it has its own challenges — stark metal interview rooms have a lot of echo; I have to get advanced authorization to bring my phone every single time (even though it’s a legal visit); and sometimes the signal stinks in more remote facilities.

I recently had a colleague ask me to give a message to his client, since I was going to the detention center to see mine. When they brought him to talk with me, I said, “Spanish? Portuguese? English?” He shook his head and said, “French. Haitian Creole.” Hmmm — no authorization to bring my phone. I went back to the front where I left my cell, typed a message into google translate and copied it onto a piece of paper. I returned to our client, proudly handed him my statement, and he grabbed a pencil and responded. Back to the front and my phone, but then my next response included the line, “If you have any more questions, you’ll need to call the attorney representing you.”

You may have heard that the very controversial and unjust “Remain in Mexico” policy (also known as MPP) has started back up. It’s very disappointing for those of us who see the damage of an inadequate asylum system in the U.S. — and the risks and lack of protections for those who ask the U.S. for asylum and are dumped back in Mexico to wait for their asylum case to proceed. Even the collective of immigration officials and the Roundtable of Former Immigration Judges have taken public stands against Remain in Mexico.

It is a sad fact that only about 15% of migrants held in detention while asking for asylum actually have legal representation. So the vast majority have to navigate the system by themselves, including a final hearing where they are defending their asylum claim against both a government attorney and the judge (immigration judges act more like prosecutors than impartial arbiters).

Here are stories of just two of the folks I have been blessed to know through my work:

Massamba is from Senegal, and when I took his case, he was only two weeks from his final full asylum hearing (which is very hard and intimidating, even with an attorney and he didn’t have one). I took a risk and jumped into the whole case and asked for more time. Thank God the judge gave me more time. Had he refused, I would have had only two weeks to gather evidence and prepare him for the hearing. We got him released on bond so that he now has time to prepare for his final hearing and collect his evidence. That’s the difference an attorney makes — and it leaves me breathless when I think of how many people have to tough it out on their own. 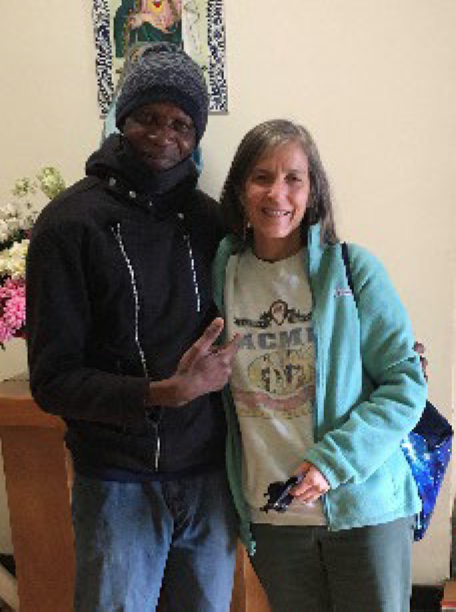 Yussif, from Ghana, had already been denied access to the asylum system. He had an initial interview where he was supposed to demonstrate “credible fear” (convince an officer that he had enough of a case for asylum that he could go before a judge). He was denied and scheduled for deportation.

Yussif’s problem was that he couldn’t talk about why he fled his country, and so in the interview, he downplayed it, barely addressed it. After all, he is terrified of authority and what might happen to him, and he was shackled hand and foot in the U.S. for the sole purpose of transporting him from one detention center to another (even though he has never committed a crime and came here to beg our country for protection. He was traumatized by that and so could not talk about his case with any detail.

I was able to get an amazing psychologist involved, who did a 24-hour turnaround on an assessment, got him to talk, and I requested that they either give him another interview with me present, or just give him the chance to go before the judge. Within three days, his case was reopened and scheduled to go forward with an asylum claim. Phew!

He was within days of being deported to the very country from which he had fled after threats and beatings — but now he has a chance to prove his case.

In an effort to understand better the journey our clients make when they come by land (walking or on the bus), I decided to visit the Guatemala-Mexico border. So many clients have told me stories of being detained here, of not being able to continue through Mexico because they had to wait or had to bribe someone to get the humanitarian visa to pass through Mexico, or they were denied entrance to Mexico and turned back to Guatemala.

Dee Smith is a friend and a Maryknoll sister who runs an HIV hospice on the Guatemala side of the border, and she welcomed me. I met people on both sides of the border to hear their stories, their work, and see if there is any way to collaborate.

Each step of the journey to ask for asylum or to immigrate for a better life is fraught with dangers. Crossing the border into Mexico, a person needs a humanitarian visa to get past Tapachula. They are taking up to a year to get (or $1,500 if you pay the right person). Everything costs money — to flee your village, to get to Mexico, to “buy” the visa, to get safely across cartel-ridden Mexico — money that is usually borrowed from usurer moneylenders. And if you fail on your journey, … well, you can’t fail or your family is hurt or loses their home they put up as collateral for the loan.

“Not succeeding” in getting to the U.S. is somehow tallied as a failure or a weakness of the migrant. The kidnapping, rape and torture many experience — also somehow the migrant’s fault – are never talked about. Everyone just wants stories of success: “I made it! I’m working and living comfortably!” So no one back home ever hears the other stories. Do they intuit the narrative? Probably. And even if they have heard some stories of violence, the hope will always rest with the success stories — the possibility that life could be better.

And so people keep leaving home, keep fleeing. One day we saw buses and buses of migrants at the Guatemala-Mexico border being returned to Guatemala by the Mexican government. The U.S. government sends people back to Mexico (regardless of nationality) and Mexico sends them south. Desperate humans are shuffled around the world game board as if plastic, inanimate parts of the power game.